How we assist in Education in Rural India 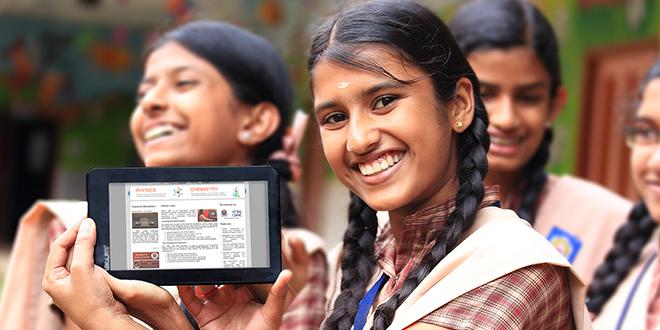 Dhinendra Lohmor heads the education event organized by the NewsPR for raising awareness in Rural Area near DelhiNewsPR organized an event in the rural areas near Delhi to raise awareness among the people regarding the education; especially the modern counterparts of the same. The event was headed by Mr. Dhinendra Lohmor who is a corporate banker and has a strong experience in the field of banking, finance and is also an angel investor.The recent governmental reforms such as demonetisation and digital India called for the promotion of technical education in all parts of the nation. But a vast majority of the people reside in rural and semi-rural areas of India and cannot even read or write a simple SMS. The operation of the accounts and all the other banking transactions digitally seems like light years ahead in such areas. The complex system of digital and technical education is something that can be solved, operated and successfully employed only if the people are taught and trained.Among the other dignitaries related to the education industry, banking, technical education, school and college teachers of the nearby areas, Mr. Dhinendra Lohmor was present as the chief guest. While a lot of people talked about the importance of education in the day to day activities and helped all people to understand how they can educate themselves apart from getting enrolled in the school; Mr. Dhinendra Lohmor also talked about the technical and digital education promotion.He said that it is important to first educate people about the things the Government is bringing in practice. They should know how the banking and all the other transactions and processing can be done via the phone itself. They should know the importance of having a bank account and getting it attached to the UID and other such ID Proofs. They should know why the Govt is spending so much time, energy and money in the promotion of technology and digital processes though their line of work is completely different.Talking more about the education, Mr. Dhinendra Lohmor said that the people who are not literate or literate enough; can easily use the internet and mobile phones to get as much educated as they want. He also told people about the famous Kerala Porter Sreenath K. who qualified the PSC exam using the Free WiFi on the railway station in the free hours. He said that with the help of the internet, one can accomplish more than one’s thoughts and can overcome all kinds of difficulties. Addressing the farmers and dairy operators, he said that they can find out new ways to make their work better and efficient; utilisation and storage of the rainwater; manure and fertilizers; crops that can be grown in less water supply; crops that can earn a lot; harvesting processes and soil checking – all of them can be done to maximize their earning.A lot of school and college students were also present at the event and were told about the various channels they can opt for an education that matters. Mr. Dhinendra Lohmor said that it is true that not everyone can get enrolled in IIT or other prestigious colleges and schools; but this doesn’t mean that he or she cannot make a better life either. Referring to the various learning apps and online learning; he said that it is important to get educated in a way that can help you earn and not depend on the current job market for a vocation. He said that instead of idling away time browsing waste stuff; the youngsters can help the elders to understand and use the internet for better things; they themselves can join the online study groups to get trained or educated in the field they can work in and they CAN actually make a difference.Laying stress on the wise and smart use of the resources at hand; Mr. Dhinendra Lohmor also said that it is better to be a mechanic or electrician that earns 8000 to 10000 per month by getting training at some Government Workshop than to be an unemployed graduate who is waiting for some job. Mr. Dhinendra Lohmor said that education doesn’t mean only degrees. It means a training to earn your bread by providing services that you have acquired and excel at.C 21 A Anand Vihar, Uttam Nagar New Delhi, Delhi, India 110059Idea that gave birth to News-pr.in is to build a comprehensive multi-channel and multi-purpose content publishing and distribution platform that can cater each and every individual with dissimilar reading interests.

04-09-2020 | Business, Economy, Finances, B …
NewsPR
Why you should opt for a Term Insurance Plan at a Young Age
With the rate at which the global health index is shaping nowadays, no one really knows what and when can affect your health. Along with health problems, road accidents are also becoming a common issue now, many times leading to death. Therefore, irrespective of your gender, it is essential to make sure that your family's financial future is safe and secure in your absence. And the best way of doing
06-29-2017 | Advertising, Media Consulting, …
NewsPR
Chain brands to lead growth in Luxury Jewellery Market in Germany: Ken Research
There was a 2% growth in sales of luxury jewellery in Germany, in 2016. As the interest on cash saving is low, people of Germany tend to buy luxury jewellery with the objective of investment. This type of investment was seen very popular in Germany and it became a factor of increase in growth of luxury jewellery. Germany showed a growth in costume jewellery and fine jewellery alike. Premium and
05-29-2017 | Advertising, Media Consulting, …
NewsPR
Blood Glucose Device Market & Forecast (Smbg) (Test Strips, Lancet, Meter)-World …
Self-Monitoring Blood Glucose (SMBG) Device Market is expected to cross over US$ 16 Billion by 2020 as incidence of diabetes is increasing dramatically. It is estimated that 642 Million people will develop the disease by 2040. This is putting pressure on governments and social institutions to take necessary steps to keep the disease in check and avoid complications in order to ensure that diabetic impact is kept to a minimum.
05-03-2017 | Advertising, Media Consulting, …
NewsPR
Pharmapoint: Multiple Sclerosis-Global Drug Forecast and Market Analysis to 2024 …
Multiple Sclerosis (MS) is an inflammatory autoimmune disease of the central nervous system which leads to neurological disability. The exact underlying cause of the disease is poorly understood; however, it appears to involve a complex combination of genetic susceptibility and a non-genetic trigger. The MS therapeutics market has entered an exciting phase, with an upsurge of available treatment options. Over the forecast period, patients are expected to continue to switch