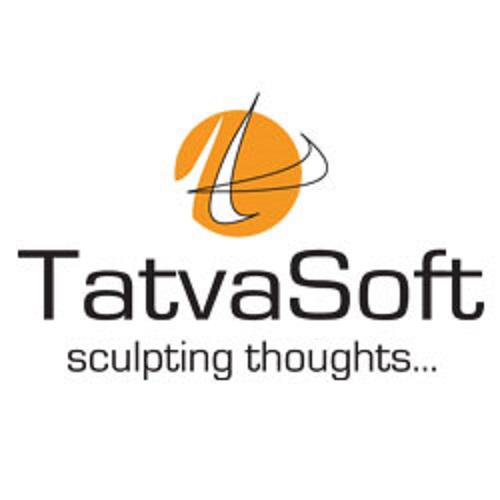 The transaction of foreign exchange greatly depends on the current exchange rates. To ensure the stability of the currency value, our Sweden-based client required a Foreign Exchange Solution that administered the transaction of the various currencies in an organization. TatvaSoft had developed a Windows-based Application that controls the currency sell and buy, current currency value, and administer ledger by imposing the branch specific validations and rules.A large amount of foreign currency transaction occurred for buying and selling of the different products. Hence, our client was in need of an application that could effortless convert these currency values according to the current exchange rates, limits the user’s access for performing the transaction, and define the limits of the transaction value. As the customer’s accounts were also linked with the organization, a facility was also required where the customers can easily pay off their utility bills. Some of the challenges faced by the TatvaSoft was support adjustment rate, administrator role, configuration management, tracking, management of inventory and more.The client requests were responded by developing a Foreign Exchange Windows Application that ensured high stability of the monetary exchange rates. The application supported all major countries’ currencies that, have helped the client in performing transaction easily within the branch and wholesale branch. With this system, the customers were also benefited to pay off their utility bills. Solution for this system provided were flexibility, support of multiple currency, authorized transactions between Till machines, Financial reports, stock management and more. The developed system was highly beneficial to the client as it easily controlled the foreign currency exchange rate and prevented major fluctuations. It also helped in better decision making by tracking the current exchange rate. It improved customer relationships with easy and secure transaction strengthened the customer base.TatvaSoft UK is a preeminent Information Technology Consulting & Software Development Company with an office in London, UK. Since 2001, TatvaSoft has been providing custom application development services to multiple industry domains and diverse technology platforms, like .Net, PHP, Java, BizTalk, SharePoint, Open Source, BI, and Mobile.TatvaSoft serves clients in the UK as well as entire Europe. The domain expertise, technical competence, and processes are in sync with CMMI Level 3 and Microsoft Gold certification. By leveraging their global and flexible delivery models, agile and scrum methodologies TatvaSoft has given a competitive edge to many organizations.307B, Warnford Court, 29 Throgmorton Street EC2N 2AT, London, United Kingdom

05-30-2017 | IT, New Media & Software
TatvaSoft UK Ltd
A mobile application developed to make management of golf players, coaches & sco …
Tatvasoft, a prominent iphone application development company based in UK developed a mobile app named “Play Golf” for one of its Sweden-based clients. The client runs a golf academy offering methodical training to players for various national and international tournaments from a multi-disciplinary perspective. The developed application made management and evaluation of golf players, coaches, and scores quite easy and efficient. The system was developed by keeping multiple things in
05-15-2017 | IT, New Media & Software
TatvaSoft UK Ltd
Plant Guide App Developed To Provide Online And Offline Data Glossary For Plants
TatvaSoft UK recently developed a highly featured mobile application named “Plant Guide” for one of its clients based in Australia. The client is a professional horticulturist who aims to provide a quality online and offline database for horticulture students and home gardeners across the globe. Now some unexpected behaviors were being observed by the client while synchronizing the data online and therefore, they decided to resolve the issue by downloading
05-08-2017 | IT, New Media & Software
TatvaSoft UK Ltd
An Online School Digital Diary Developed To Transform The Student Diary-Planner …
An ASP.Net development company named TatvaSoft UK recently developed a high school digital diary for one of its client based in Australia. The client is a highly reputable publisher and distributor of religious books and educational materials. They also provide a platform for people to share, connect and learn about their faith and spiritual journey. The importance of a knowledgeable person is immense and keeping this in mind, the client required
05-04-2017 | IT, New Media & Software
TatvaSoft UK Ltd
A Microsoft based Mining Survey was developed to automate assignments, schedulin …
Tatvasoft UK, a Microsoft ASP.Net development company had recently come up with a web-based solution called mining survey for one of its client in the mining industry. The client based in South Africa is a leading provider of platinum, iron ore and thermal coal. And they aspire to become the world’s largest mining companies by offering high-quality mining assets such as precious, base and bulk commodities. The client required to

12-14-2017 | Business, Economy, Finances, B …
MarketResearchReports.biz
Foreign Investments in Emerging Markets
Timetrics 'Insight Report: Foreign Investments in Emerging Markets' analyzes the importance of foreign investment in developing nations in terms of both economic and infrastructural growth. Foreign direct investment (FDI) is a process of direct investment into production or business in a country by an individual or company of another country, either by buying a company in the target country or by expanding the operations of an existing business. The financial
06-29-2016 | Business, Economy, Finances, B …
Foreign Staffing Inc
Foreign Staffing Launches Global Affiliate Program
Foreign Staffing, a leader in providing global solutions for companies around the world, has launched a global affiliate program to reward the promotion and referrals of our diverse range of services. The program is developed to teach each affiliate how to improve branding, increase revenues and generate substantial commissions on an ongoing basis. Foreign Staffing Provides Affiliates With: • Generous percentage of each referred sale – both one-time and ongoing • Simple process to input
04-11-2016 | Business, Economy, Finances, B …
Foreign Staffing Inc.
Foreign Staffing Expanding Global Services to Include Foreign Payroll Services
Foreign Staffing Expanding Global Services to Include Foreign Payroll Services With Foreign Staffing’s global presence expanding each month, clients have been growing as well. They have not only been seeking a solution to find new staff in other countries but they have also been seeking an efficient and compliant way to quickly employee this staff without having to establish a legal entity in the foreign country. Foreign Staffing has spent the last
03-31-2016 | Business, Economy, Finances, B …
Foreign Staffing Inc
Foreign Staffing Releases New Foreign Procurement And Supply Chain Services
Companies located in United States and around the world work towards increasing profit normally through two different channels. One way is to grow revenue and the other way is to reduce costs. Depending on the industry, timing and cyclicality of the industry, a strategy that is right for one company may be a completely wrong for another. Several industries are currently experiencing tremendous growth, such as technology, internet, and
09-13-2011 | Business, Economy, Finances, B …
Foreign Staffing, Inc.
Foreign Translations, Inc. Launches Foreign Staffing, Inc. Service and Website
Foreign Staffing, Inc. is pleased to announce the launch of our new service and website (foreignstaffing.com). Using our 13 years of experience in providing translation services to global corporations, Foreign Translations, Inc. foreigntranslations.com created Foreign Staffing, Inc., foreignstaffing.com , a bilingual staffing and recruiting firm specializing in the placement of professional bilingual personnel all over the world. With thousands of bilingual applicants across the globe, Foreign Staffing, Inc. has the
02-21-2011 | Science & Education
Costa de Valencia, S.L:
Teaching Spanish as a Foreign Language
A Spanish school in Valencia organizes courses for future teachers of Spanish as a Foreign Language. Valencia. Being a Spanish native speaker doesn’t mean that you are able to teach your language. In order to teach a language, it is not only important to be a native speaker, but also to know how to teach it. Teaching a language requires a series of basic skills that enable you to teach
Comments about openPR
OpenPR is clearly structured and remains true to its principle of confining itself to the essential parts. OpenPR has proven to be a very good and reliable partner to our media agency: Within the shortest time the releases are online and go down well with the media representatives. The success of OpenPR is reflected in the steadily increasing number of press releases. It is good that OpenPR exists!
Ursula Koslik, Director Marketing & PR, F+W Hamburg