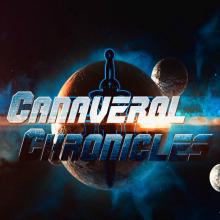 US based Flying Monkey Media are excited to announce Raymond Carney as Associate Producer of their forthcoming movie Canaveral Chronicles, which is due to launch in 2017.The production team, led by the critically acclaimed Director Sam L Siragusa, agrees that Carney is a valuable addition to the movie. Siragusa has a reputation for producing exceptional ﬁlm work and, in Canaveral Chronicles, he has chosen to bring together fresh acting talent to showcase a groundbreaking science ﬁction adventure set in Cape Canaveral, Florida, one of the key locations where space travel was born. “We wanted to ﬁnd someone with the vision and passion for movie making to join us as an Associate Producer and Raymond delivers on every level in abundance” said Siragusa. “Raymond is a deeply creative and collaborative producer, with a sensibility that embraces so many artistic disciplines and a commitment to supporting emerging artists that parallels our own” added Canaveral Chronicles Executive Producer Sarah-Jayne Gratton, and fellow Producer Cheryl Siragusa agreed, saying “Raymond will no doubt use his unique combination of professionalism and enthusiasm to ensure the ﬁlm receives the attention it deserves”.If you would like more information about this story, please contact Mona Haigh at mona@somethingwonderfulmedia.com More information about Flying Monkey Media and Canaveral Chronicles can be found at: https://canaveralchronicles.com/Something Wonderful Media Langley Court London WC2E 9JY

11-22-2018 | Industry, Real Estate & Constr …
Remax Aerospace
Private NEW Marina & Yacht Club Community in Merritt Island Florida
Ellen Rubino of Remax Aerospace and Linda Dellenberger of Coastmark Real Estate are proud to announce the launch of MARKER 24 an exclusive NEW riverfront marina & yacht community featuring luxury homes and private yacht/marina slips. Only 24 lucky owners will have the opportunity to live a maintenance-free lifestyle featuring a private drawbridge with onsite security, members-only riverfront clubhouse, ship store, dock master, concierge, and more. Awe-inspiring features are standard,
10-25-2018 | IT, New Media & Software
WORKPONOS™
Ponos Technologies Launches 'workponos.com' making Its Appearance in the Gig Mar …
The site has been put on the live server and is fully functional. It's been built with the overall goal being that workponos.com freelancers can work with minimal fees and costs. Ponos Technologies LLC was founded in January 2018, and since April battled its way toward the release of workponos.com (launched October 20, 2018). The site focuses on “fee equality” between the client and freelancer while paying for/completing work. Workponos.com also
10-09-2018 | Associations & Organizations
SMi Group
Only four weeks until the 20th annual Global MilSatcom
The landscape of defence satellite communications is changing rapidly, on both sides of the Atlantic - with the announcement of a new Air Force Space Command and conclusion of the Wideband AoA, the addition of new enduring capability for Skynet 6 and a new era of LEO mega-constellations set to provide new COMSATCOM bandwidth for military partners. It is in this is the context that SMi Group will be hosting the
03-20-2012 | Business, Economy, Finances, B …
Florida Power & Light
FPL and NASA - A Powerful Partnership
"Whether it's supporting future space flight or the growing needs of businesses and residents of the Space Coast, FPL and its Cape Canaveral Next Generation Clean Energy Center will stand ready to power that future with affordable, reliable electricity," said Mark Lemasney, FPL's General Manager at its Cape Canaveral Plant. Juno Beach, FL (March 16, 2012) -- In April, 1965, just weeks before astronaut Ed White opened the hatch of Gemini
01-28-2012 | Energy & Environment
Florida Power & Light
FPL's Cape Canaveral modernization creates jobs and will save customers money
Juno Beach, FL, January 27, 2012 -- The large bang in August 2010 that signaled the demolition of FPL's 1960s-era Cape Canaveral Power Plant in Cocoa, Fla., has been replaced by different sounds of progress. The Port St. John construction site is now alive with warning horns and the rattling din of diesel cranes and trucks. Cranes lift structures that exceed 370 tons, as pipefitters and welders in hard hats piece
09-16-2011 | Health & Medicine
Parkinson Research Foundation
PARKINSON RESEARCH FOUNDATION (PRF) Develops New Patient Outreach Program
One of the principal missions of the Parkinson Research Foundation (PRF) that distinguishes it from other Parkinson organizations is PRF’s focus on patient education; specifically education that enables Parkinson patients and their caregivers to live fuller and more comfortable lives with Parkinson's disease. The Foundation’s educational events, including educational cruises, gather leading Parkinson experts, therapists and nutritionists from across the country to offer life-changing tools and knowledge for individuals affected
Comments about openPR
We publish our press releases on openPR.de because we like people who are "open" - just like us.
Frank Obels, CEO, INCONET - Informationssysteme, Communication und Netzwerkberatung GmbH