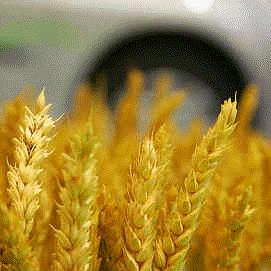 Ethanol production from cereals in Europe and the United States would be seriously affected by any legislation that prohibits ethanol feedstock production in the Brazilian Cerrado. That is what Marcos Jank, President of Industry Association UNICA says in his bi-monthly market commentary on Ethanol Statistics. “More recently, there’s been a focus on the environmental impact of biofuels feedstock production because of land use change,” he writes. “It would obviously make no sense to jeopardize the existence of sensitive biomass by encouraging the growing of palm trees in peat lands or the cultivation of sugarcane in the Amazon rainforest for biofuel production. But should we extend the concept of biodiversity protection to all grasslands, as suggested by some environmentalists, and draft legislative initiatives?” He continuous by saying “While this would imply a prohibition against the use of the Brazilian Cerrado to produce biofuels feedstock, it would also affect set aside lands and pastures in the European Union and in the United States. And if these areas are to be considered highly sensitive, their use to grow feedstock for heating - such as cereals - should also be banned, as well as any other arable crops since the same supposed loss of biodiversity will occur no matter what the final purpose of the agricultural raw material grown on these lands. However, blames are unfairly concentrated on biofuels as no critic dares to condemn the increase of food production in a world where more than 800 million people go hungry.” In his full article, Mr. Jank discusses the recent focus of the media and environmental groups on the sustainability of biofuels. He would like to introduce a more balanced view that takes into account the variations in feedstock and more modern changes of land use, while also emphasizing that we shouldn’t wait for a “miraculous solution because such a solution simply doesn’t exist”. The full article of Mr. Jank can be found here: http://www.ethanolstatistics.com/Market_Commentary/Unica/Biofuels_and_Sustainability_A_view_from_Brazil_030308_1.aspx Ethanol Statistics P.O. Box 8058 3301 CB Dordrecht www.ethanolstatistics.com For more information, contact: Rob Penne r.penne@ethanolstatistics.com +31 6 5432 5588 Ethanol Statistics is a European market research and business information publisher. Through its website, it provides professionals in the ethanol industry the latest ethanol news, commodity prices, expert opinions and market analyses