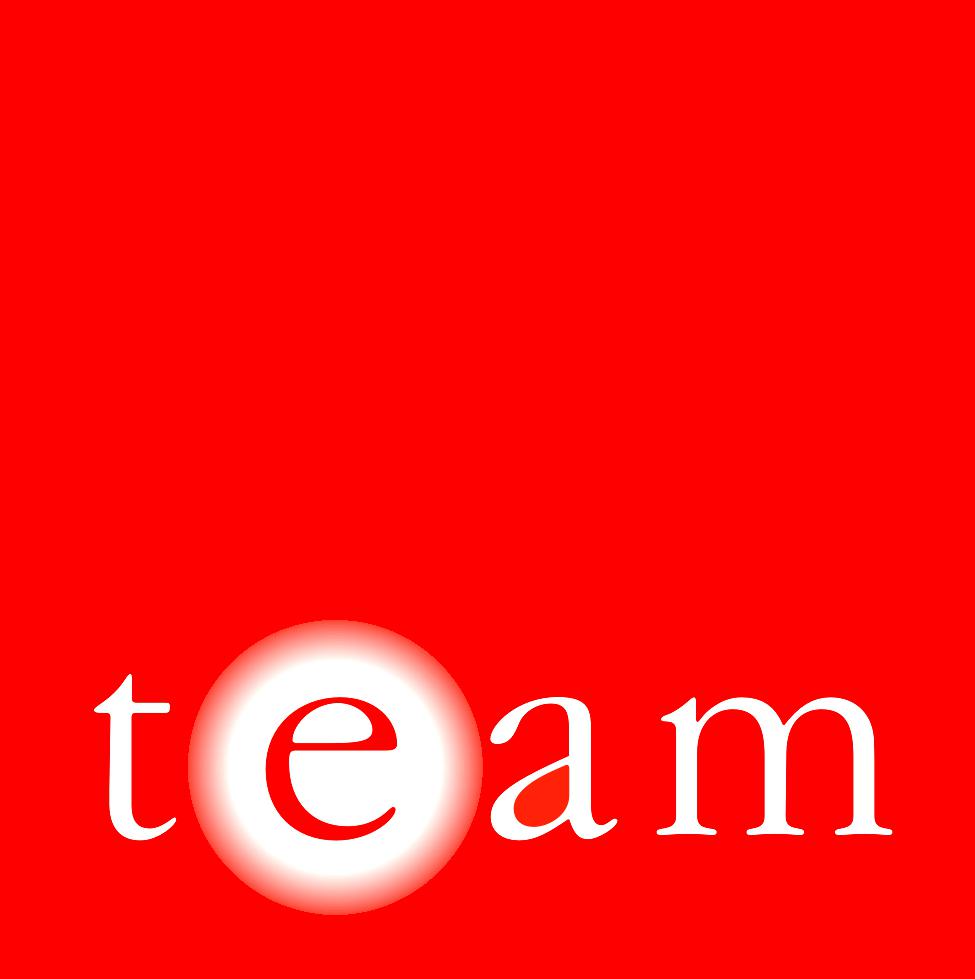 TEAM is delighted to announce that two of our customers have scooped up prestigious awards at the Green Gown Awards 2016.Winners were announced on 10th November at the Athena in Leicester. The awards recognise the exceptional sustainability initiatives being undertaken by universities, colleges and the learning and skills sectors across the UK and Ireland as the education sector leads a path to efficiency, employability and better quality of life for us all.The University of Oxford, a TEAM Sigma Software customer, won the Carbon Reduction Programme award, whilst the University of the West of England (UWE), who is also a TEAM software customer, picked up three awards for Continuous Improvement; Learning & Skills and Leadership.What did the University of Oxford Do?The University of Oxford set an ambitious target to reduce carbon emissions by 33% by the end of 2020/21 against a 2005/06 baseline.A generous budget of £14.6 million was awarded in 2011 to aid achieving the target of 21,773 tonnes of carbon savings. So far, 4,767 tonnes of carbon and £1.1m of annual energy costs have been saved by the university since 2011.Recognising the University of the West of EnglandUWE was recognised for its sustainability aims between 2013 and 2020 and its work in Bristol’s year as European Green Capital 2015.Jim Longhurst, UWE’s Assistant Vice Chancellor for Environment was also recognised for ensuring that graduates are equipped to face the sustainable development challenges of the 21st century by integrating sustainability into curricula, research and campus operations.For the full list of winners at the Green Gown Awards 2016, visit their website at http://www.greengownawards.org/2016-winners1TEAM is the UK’s leading supplier of carbon and energy management solutions. With over 500 customers in the UK and worldwide we specialise in energy management software, outsourced energy management services and energy consultancy. TEAM consistently produces energy savings that exceed the cost of our services and products. Founded in 1985 by Managing Director Paul Martin, TEAM has customers from all sectors including Commerce, Industry and Government.TEAM (Energy Auditing Agency Ltd) 34 The Forum Rockingham Drive, Linford Wood Milton Keynes MK14 6LY

10-16-2017 | Energy & Environment
TEAM (Energy Auditing Agency Ltd.)
Risk of fines for non-compliance of Heat Network Regulations for new builds
There is a growing concern with landlords and developers that they may face fines over the heat network regulations. The main issues are lack of awareness of the regulations, what the requirements are and the changing deadlines. The first phase of the Heat Network Regulations 2014 required participants to submit notification of communal and district heating systems by 31st December 2015. The original heat metering viability tool included within the notification
10-04-2017 | Energy & Environment
TEAM (Energy Auditing Agency Ltd.)
TEAM Provides Capacity Market Support for Pan-European Energy Company
TEAM Senior Energy Consultant completes first progress report for pan-European energy company. The Capacity Market (CM) was established as part of the UK Government’s Electricity Market Reform (EMR) Programme. Its goal is to ensure the future security of our electricity supply at the lowest cost to consumers by offering incentives to capacity providers for investing in more sustainable, low-carbon electricity. TEAM’s Capacity Market independent technical expert has completed the first six-month progress
09-14-2017 | Energy & Environment
TEAM (Energy Auditing Agency Ltd.)
Important Changes to the Renewable Heat Incentive Tariff
Non-Domestic Renewable Heat Incentive (RHI) tariffs are changing from 20th September 2017 as a direct result of last year's consultation. The changes will merge existing tariff bands for all solid biomass sizes; ‘small’ (less than 200kW), ‘medium’ (between 200kW and 1MW) and ‘large’ (1MW+) to create a single two-tier tariff band for all biomass plants. These amendments are the first part of RHI reforms announced by the Department of Business, Energy and
09-12-2017 | Energy & Environment
TEAM (Energy Auditing Agency Ltd.)
TEAM recovers more than £165,000 in billing errors for Scottish Council
With the help of TEAM Bureau's Outsourced Bill Validation Service, a large council based in Scotland has recovered just over £165,000 in billing errors since January 2017. TEAM Bureau receive and validate 700 of the council's electricity bills per month. Molly Calvert, Query Administrator for TEAM Bureau, was first notified of an uncharacteristic increase in consumption which was identified through TEAM's sophisticated automated bill validation in January, she explained: "There were a number

11-19-2018 | Business, Economy, Finances, B …
Bizerba (UK) Ltd
COMPANY GAINS GREEN GLORY
BIZERBA UK have won the BRONZE Environment Award in the national campaign to find the greenest individuals, companies, councils and communities. They competed against more than 800 other nominations in the Green Apple Awards for Environmental Best Practice with their project, ENERGY EFFICIENT CUTTING. They were presented with their trophy and certificate at a glittering presentation ceremony hosted by Liz Kendall MP at the Houses of Parliament on November 12th, 2018. As
09-24-2018 | Business, Economy, Finances, B …
GREEN BEAUTY FARMS
GREEN BEAUTY FARMS
Have you ever looked out at the streets and thought you deserve a better place to be? Do you own an SUV and a sedan and still have a landlord? Have ever realized that your surroundings affect your mental state the most. Have you ever even thought that the noise, irritating neighbors and pollution is the actual cause of your anxiety? Are you fed up of spending lots of money
06-08-2018 | Energy & Environment
qyreports
Green energy
Green energy is the electricity derived from smooth assets generating minimum pollution and consists of sun photovoltaic, hydropower, wind electricity, bio-fuels and geothermal. expanded investments in era studies and improvement, supportive regulatory frameworks, extended consciousness and electricity security troubles and environmental concerns amongst others are fueling the boom in call for for clean and inexperienced energy. The report on the Global Smart Cards Automated Fare Collection System Market is a thorough
07-13-2017 | Industry, Real Estate & Constr …
Climaveneta
A green hotel on a green island
Mitsubishi Electric Hydronics & IT Cooling Systems, through its brand Climaveneta, has recently supplied HVAC units to the new luxury hotel now under construction at Benitses Beach in Corfu, also known as the “Green Island” for its thick vegetation. The complex includes a 5-star hotel, 40 bungalows and furnished villas, with a total capacity of 893 beds. It is the first large hotel in Greece, designed to avoid the use
12-12-2014 | Logistics & Transport
German Center for Research and Innovation
Green Logistics
Logistics has become an indispensable component of today’s global economy. On Thursday, December 11, join experts at the German Center for Research and Innovation (GCRI) in New York for a discussion on the future of sustainable logistics. NEW YORK (December 8, 2014) – Global supply chains and distribution networks are a key performance factor for many companies as they attempt to coordinate activities in a way that meets customer requirements at
03-03-2011 | Energy & Environment
GluePlace
100% Green Spray Adhesive
Using current technology both in adhesive compounding and aerosol packaging, Adhesives Solutions, Inc. has developed a true “GREEN” aerosol spray adhesive. The only one of its’ kind on the market today. Introducing V&S 1226 Water Based Foam & Fabric Spray Adhesive, this spray produces bonds with foam tearing strength. It is specially formulated for bonding flexible foams to themselves or other materials such as: wood, metal, paper, fabrics, corrugated, etc.
Comments about openPR
OpenPR ist the nicest and most clearly laid out PR platform I have seen to this day. The press releases are displayed very nicely and clearly and without any unnecessary frills. The updates are fast and the finished release looks appealing and is clearly legible. Even with 16 years of experience one discovers new things from time to time. Congratulations!
Gabriele Ketterl, Director Marketing & PR, Menads