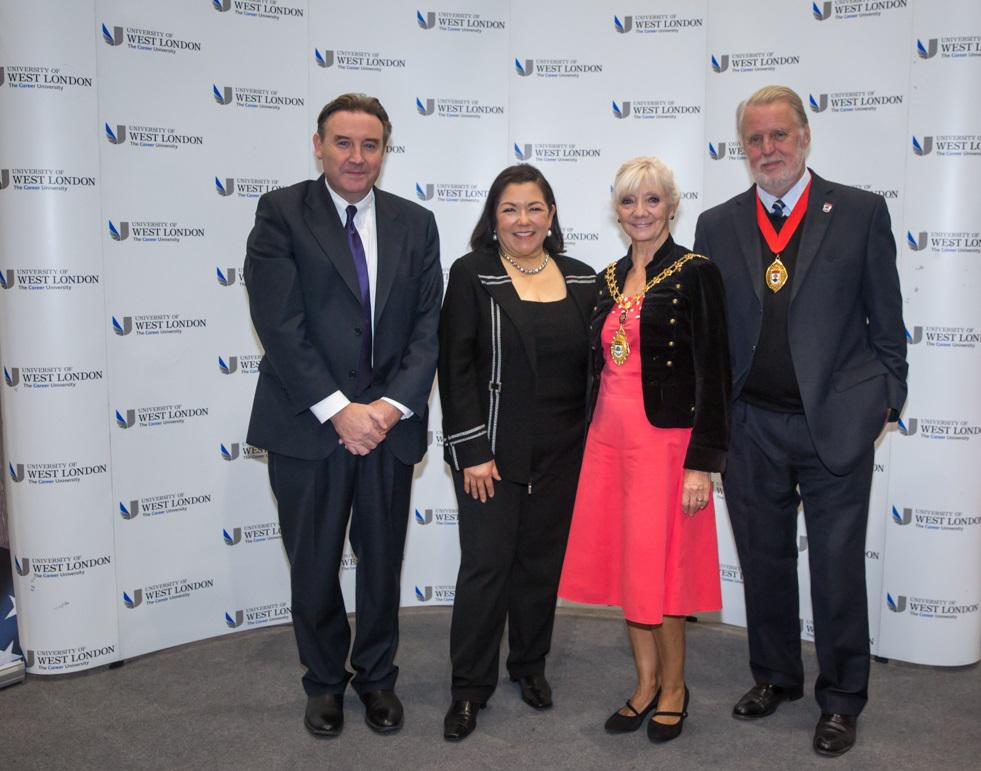 11-03-2016 | Business, Economy, Finances, B …
University of West London
BBC star Claude Littner reveals the story behind his high-stakes career
Claude Littner, the mercilessly tough interviewer on BBC’s hit series The Apprentice, rose to the challenge of being grilled for a change, by being interviewed in front of a live audience. Over 300 students, staff and members of the public attended In Conversation with Claude Littner, hosted by the University of West London (UWL), where Claude discussed his new book Single-Minded: My Life in Business and divulged his life story;

03-09-2021 | IT, New Media & Software
Cybrosys Technologies
Odoo bags Trends Gazelle Ambassador Award
In a rare feat kindling joy among the supporters of the free software world, Odoo, the internationally acclaimed suite of business management software tools, has bagged the prestigious Trends Gazelle Ambassador award for the year 2020 in the category of large companies in Walloon Brabant. The latest recognition comes immediately after the winning stride in small and mid-sized categories in the previous years. The company officials say they are
01-10-2020 | IT, New Media & Software
Lam Aid Limited
Student Ambassador
Job Purpose: Lam Aid Ltd (https://lamaid.org/), a BRITISH origin multinational corporation. We are specialized in Hybrid Mobile Applications. To expand our presence, network, services and support worldwide on our education, shopping and social networking apps among students, we are looking for Student Ambassadors (from every educational institute) all over the world. As a Student Ambassador, you will be responsible for promoting and marketing mobile applications launched by our company on
06-27-2019 | Fashion, Lifestyle, Trends
GERmanikure
Naomi Gonzalez-Longstaff named GERmanikure's Brand Ambassador
World-Class Celebrity and Editorial Nail Professional joins the GERmanikure team Naomi Gonzalez-Longstaff has joined the GERmanikure team as its 'Brand Ambassador.' Gonzalez-Longstaff and GERmanikure first teamed up in 2018 at New York Fashion Week (NYFW), and since that time have worked together to help bring the GERmanikure brand into more widespread recognition through instructional videos, magazine features, trade shows, and other nail and fashion initiatives. “In just the past year,
11-29-2018 | Business, Economy, Finances, B …
EightCap
Daniel Ricciardo becomes EightCap Official Ambassador
Australian F1® driver Daniel Ricciardo has joined forces with Forex & CFD Broker EightCap. Daniel has joined one of Australia’s fastest growing online trading companies as the official brand ambassador. “Getting to know the team at EightCap and their business made the decision a really comfortable one for me. EightCap is ambitious and just as passionate about the financial markets as I am about my career.” “Striving to be the
08-15-2018 | Leisure, Entertainment, Miscel …
Ability Games
11Wickets Announces New Brand Ambassador Sunny Leone
15th August 2018,Kolkata,West Bengal, India: 11Wickets, an initiative of Ability Games, announces Sunny Leone as new Brand Ambassador, and the embodiment of what it means to play daily fantasy sports with sports skill and be free from the daily hectic schedule for some moments. 11Wickets new online game software (both app and website) based on fantasy sports designed to inspire sports fans especially cricket and football enthusiasts to express themselves
05-17-2016 | Health & Medicine
SPIbelt
SPIBELT™ LAUNCHES INAGURAL AMBASSADOR PROGRAM
AUSTIN, TEXAS (MAY, 16 2016) – SPIbelt™, the leader in fitness accessories and creator of the original small personal item belt, today announced its inaugural online ambassador program. SPIbeltTM Ambassadors are people who are passionate, motivated and want to spread the word about SPIbelt™ and how it helps them in their training and daily activities. The program was announced on the company’s blog, along with information on how to apply
Comments about openPR
I can't but agree to the positive statements about your portal: easy to use, clear layout, very good search function, and quick editing!
Jens O'Brien, Borgmeier Media Communication