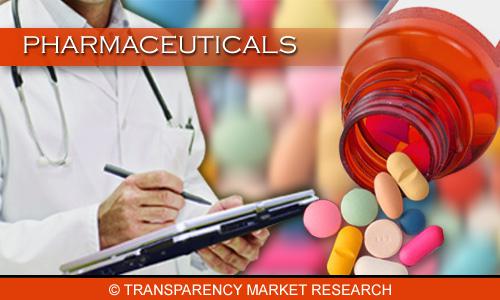 Insulin is one of the most important peptide hormone produced by beta cells in the pancreas. It regulates the metabolism of carbohydrates and fats by promoting the absorption of glucose from the blood to skeletal muscles and fat tissue and by causing fat to be stored rather than used for energy. Insufficient production of insulin leads to accumulation of sugar in blood cells which causes diabetes. The global market for CIS insulin is expected to boost due to driving factors such as growing number of diabetes cases worldwide, changing lifestyle and eating habits resulting in health disorders such as obesity and other metabolic diseases would fuel the market growth. Diabetic patient need supply of external insulin. According to International Diabetes Federation (IDF), 382 million people were diagnosed with diabetes worldwide as of 2013, and the number is expected to reach 550 million by 2030. This speedy rate of diabetes patients is expected to boost the growth of CIS insulin market during the forecast period. Deeper market penetration of insulin products due to extensive development in the insulin products and commercialization has also assisted insulin market to grow. Furthermore, introduction of manufacturer favoring regulations has encouraged multinational companies to enter into insulin production, which has considerably helped the market growth. Download free exclusive Brochure of this report: http://www.transparencymarketresearch.com/sample/sample.php?flag=B&rep_id=8182The CIS insulin market is segmented on the basis of product type, by application, by source and by geography. On the basis of product type, CIS insulin market is further segmented into rapid acting, long acting, short acting, intermediate acting and premixed. Long acting insulin accounted for the largest share in the CIS insulin market. The rapid acting insulin market is anticipated to have the highest growth rate in the near future. By application, the CIS insulin market is sub-segmented into type I Diabetes and Type II Diabetes. Type II Diabetes dominates the CIS insulin market, accounting for approximately 90% share. The availability of a wide variety of products in the Type II Diabetes segment and its high prevalence rate complements the growth of Type II Diabetes. Based on source, the CIS insulin market is classified into Analogs and Human Recombinant. The analog source segment, due to its high efficacy level holds the largest share in the CIS insulin market. The introduction highly efficient products such as ultra-fast analog and ultra-long acting analog booths market growth of analog source segment. Geographically, North America accounted for the largest CIS insulin market in the world followed by Europe and Asia Pacific. The high prevalence rate of diabetes and metabolic diseases such as obesity acts as the major driver for the CIS insulin market. Additionally, continuous research and development in this field for efficient products would act as an assisting factor for market growth. Europe was the second largest market due to extensive government initiatives for the production and the regulating price, acting as the factor for the market growth. Asia-Pacific is observed to be an emerging market for CIS insulin market, due to majority of pharmaceutical companies choosing Asia-Pacific as the manufacturing destination. Moreover, rising population in countries such as China, India and others would result in the market growth for CIS insulin market. South American countries such as Brazil and Mexico are the regions that have significant potential for growth due to developing medical infrastructure, high disposable income and rise in population. Some of the major players in the CIS insulin market include Bristol-Myers Squibb Company, Boehringer Ingelheim, Eli Lilly and Company, Novo Nordisk, Sanofi, Novartis AG, Pfizer, Inc and others.Transparency Market Research (TMR) is a global market intelligence company providing business information reports and services. The company’s exclusive blend of quantitative forecasting and trend analysis provides forward-looking insight for thousands of decision makers. TMR’s experienced team of analysts, researchers, and consultants use proprietary data sources and various tools and techniques to gather and analyze information.90 State Street, Suite 700 Albany, NY 12207 Tel: +1-518-618-1030 USA - Canada Toll Free: 866-552-3453 Email: sales@transparencymarketresearch.com Website: http://www.transparencymarketresearch.com