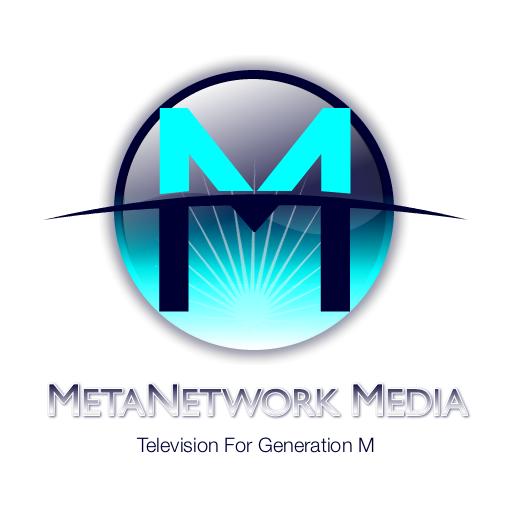 Synergy Island, Second Life, Jan. 26, 2008 – An unqualified success! That is how CEO of MetaNetwork Media, characterized the launch of the company’s news network on Jan. 19. With a gridwide event hosted at 20 locations in Second Life, MNM broadcast its first newscast, which was preceded by an address from Cadence Juran. “I had many residents approach me during the day remarking how glad they were that someone was stepping up to deliver balanced news coverage in Second Life,” Juran said. She indicated the newscast hit the mark with a large cross section of residents, which is what advertisers are hoping for. HD Slade, the director of technology for MNM, agreed. “I feel we were well received by actual Real Life and Second Life businesses,” Slade said. “There has been no effective way for any business to advertise to the millions of residents in Second Life and we now have demonstrated an effective way for them to show their products and services.” “Our first broadcast was at 9 a.m. and we had residents at many sims requesting to see the broadcast repeatedly throughout the day and into the night,” Juran remarked. “With an audience so starved for great programming, our advertisers will benefit greatly due to repeated impressions and what will surely be deep message retention.” Juran reports that Real Life and Second Life businesses must have understood the implications because the response was significant. “It’s now a week later and I’m still being flooded with proposals and inquiries from prospective advertisers.” As a single proof point to Juran’s comment, MNM recently landed a new advertising account with a real life technology business, Castlebreck, Inc., a software and applications developer located in Windsor, Ontario. “We’re very pleased that Castlebreck saw the value to getting on board early as an advertiser,” she said. “They not only have decided to run their commercials on our network, but believe in our vision so much that they have decided to locate their Second Life presence on our sim.” Next steps for MNM The company continues to collect programming content and keeps its reporters networked throughout Second Life. “During the launch, residents saw what will be the new standard for broadcast television content in world,” Juran said. “The community eagerly awaits our next move and the arrival of more programming. We won’t disappoint them.” To continue to promote MNM as a business and expose more advertisers to opportunities within Second Life, MNM is planning to host more events at Synergy Island and at the location of some of their collaboration partners. The events will be smaller in scale so they can be coordinated with fewer resources and targeted to key audiences. The first newscast featured Runeswan Ceawlin reporting on several stories, including the Second Life banking policy and an American Civil Liberties Union event to protest the detention facility at Guantanamo Bay. Ceawlin said it was an honor to be featured in the first newscast. “I received a lot of positive feedback and the vibe from viewers during the broadcast was very strong,” Ceawlin said. Now that MNM has launched its news network, there appears to be a new level of expectation from residents. “We set the bar high intentionally so that we are viewed as the leader. It will require significant resources and effort for someone else to equate what we’ve started,” Juran said. “We know this is the right thing for Second Life and more importantly, the right thing for the millions of users and residents in the Second Life platform.” Visit the MNM Web site at www.metanetworkmedia.com View the latest newscast at www.metanetworknews.tv ### For more information or to arrange an interview, contact: WordWright Singh Communications Director MetaNetwork Media, Inc. Television for Generation M www.metanetworkmedia.com wsingh@metanetworkmedia.com MetaNetwork Media, Inc. 332 Bleecker St. #K114 New York, NY. 10014 About MetaNetwork Media, Inc.: MetaNetwork Media, Inc., is a broadcasting and interactive media company with the purpose to provide quality news and entertainment to residents and visitors of the metaverse community through the development, production and marketing of entertainment, news and information within Second Life and the rest of the metaverse. MNM will deliver programming via an innovative distribution network in Second Life, on the company’s Web site and via other Web 2.0 platforms.

03-01-2021 | Business, Economy, Finances, B …
HTF Market Intelligence Consulting Pvt. Ltd.
Life Insurance Market is Booming Worldwide | Sumitomo Life Insurance, Nippon Lif …
HTF MI recently added Global Life Insurance Market Study that gives deep analysis of current scenario of the Market size, demand, growth, trends, and forecast. Revenue for Life Insurance Market has grown substantially over the five years to 2019 as a result of strengthening macroeconomic conditions and healthier demand, however with current economic slowdown and Face-off with COVID-19 Industry Players are seeing Big Impact in operations and identifying ways to
01-04-2021 | Arts & Culture
Gallery Pradarshak
A Celebration called Life
About A Celebration called Life “You've gotta dance like there's nobody watching, Love like you'll never be hurt, sing like there's nobody listening, and live like it's heaven on earth” …said William W. Purkey Philosophy and spirituality inform us that every emotion, positive or negative, weakens or strengthens us based on our own perception and mindset. We alone are wholly responsible for our state of mind. In this exhibition, each of the
12-14-2020 | Business, Economy, Finances, B …
EFC India
Life Returning to Workplace
After getting relaxation in Covid-19 lockdowns, many of us are starting to envision a time when we can stop working at our kitchen tables and return to the office. Yet, in the absence of a vaccine, aspects of modern workplaces will have to change if employees are to safely return to their desks. During the lockdowns, organizations have necessarily adapted to go on collaborating and to ensure that the most important
05-16-2019 | Business, Economy, Finances, B …
HTF Market Intelligence Consulting Pvt. Ltd.
Life Insurance Market to Witness Massive Growth| Allan Gray Life, Coronation Lif …
HTF Market Intelligence released a new research report of 35 pages on title 'Strategic Market Intelligence: Life Insurance in South Africa - Key Trends and Opportunities to 2022' with detailed analysis, forecast and strategies. The study covers key regions and important players such as Allan Gray Life, Coronation Life Assurance, Sygnia Life etc. Request a sample report @ https://www.htfmarketreport.com/sample-report/1854964-strategic-market-intelligence-38 Summary The ""Strategic Market Intelligence: Life Insurance in South Africa - Key Trends
02-13-2019 | Industry, Real Estate & Constr …
Market Density
Global Life Jackets & Life Vests Market Research
Global Life Jackets & Life Vests Market Research Suffocating remains an essential reason for lethal passings everywhere throughout the world. In the course of recent decades, there has been little change in the yearly suffocating rate with huge recreational sailing suffocating passings. For example, around 459 individuals suffocated in the U.S. amid recreational drifting events in 2012 and relatively 85% of these individuals were not wearing an actual existence coat.
11-14-2018 | IT, New Media & Software
InForGrowth
Whole Life Insurance Market
The Whole Life Insurance market report gives CAGR value, SWOT Analysis, Industry Chains, Mergers & Acquisitions, Sales, Revenue, Price, Gross Margin, Market Share, Import-Export, Production, Consumption, Application, Competitor analysis and Forecast. Get Exclusive Sample of Report on Whole Life Insurance market having 101 pages, profiling 24 Leading Market Players https://www.inforgrowth.com/samplerequest/r/126368/global-whole-life-insurance-market-size-status . The Whole Life Insurance market report covers major regions North America, United States, Canada, Mexico, Asia-Pacific, China, India, Japan, South Korea,
Comments about openPR
9 o'clock: discuss press release with client, 10 o'clock: submit release to openPR, within the briefest possible time release is published and displayed in a prominent place on openPR.de. I am thrilled!
Zehra Spindler, Calypso Now! - Communication Agency