Another Award for Dr. Hahn 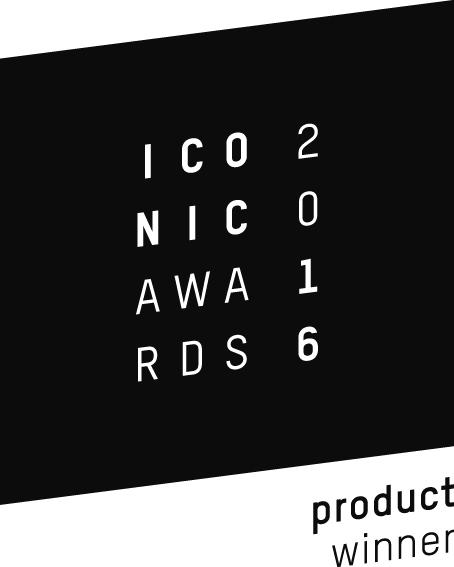 The new Series 60 AT of the door hinge manufacturer Dr. Hahn was distinguished by a panel of experts overseeing the Iconic Awards with the winner signet for the "Product – Facades" category. As a result, the hinge series has now received its second distinction this year. Decisive factors were the comprehensive range of fastening elements, an increased security against break-ins and the modernized design. Exclusiveness As Dr. Hahn points out, it must be recommended to participate in the contest by the German Design Council, by one of its foundation members or by one of the ministeries of economic affairs of the German federal states. Based on this exclusive nomination process, only product and communication design services that verifiably stand out due to their quality of design are invited to participate. Maximum Flexibility The further development of the Hahn Series 60 AT optimises the design and perfects the set-up. By being able to freely select the fastening elements, door manufacturers and installers can easily select the type of fastening system that they want to use for their installation situation. The hinge was certified for the highest hinge class 14 during the course of the CE test. Perfect Solution for Every Situation The standard version may also be used within the framework of component testing on smoke-resistant and fire safety doors.The award ceremony will take place in Munich on 4 October 2016.Dr. Hahn has played a leading role in development of hinges for metal and plastic doors for more than 50 years. The company was founded by Dr. Walter Hahn who first specialized in the forming of thermoplastic materials. Later on, production was expanded to include components for hinges as well as complete hinges for today’s competition, until the company developed its own programme of screw-on hinges. Asia and North America are some of our most important sales markets in addition to Central and Eastern Europe. Export makes up approximately 65 % of sales. Management today is shared by Eckhard Meyer and the sons of the company’s founder, Michael and Walter Hahn.Trompeterallee 162-170 41189 Mönchengladbach Germany

You can edit or delete your press release Another Award for Dr. Hahn here

03-13-2020 | Industry, Real Estate & Constr …
Dr. Hahn GmbH & Co. KG
Dr. Hahn refrains from Fensterbau
Dr. Hahn, the Moenchengladbach-based manufacturer of door hinges, will not exhibit at Fensterbau/Frontale 2020. "In order to present new products to the market for the first time Fensterbau is an important platform for us," explains Klaus Weiss, Head of Marketing at Dr. Hahn. "Our planning is set up in such a way that we start actively discussing the product innovations with our customers immediately after the fair. This is also planned
02-07-2018 | Industry, Real Estate & Constr …
Dr. Hahn GmbH & Co. KG
Dr. Hahn presents extraordinary solutions
Based on the slogan “(Almost) anyone can do the usual… we take care of the extraordinary, too.”, Dr. Hahn aims to demonstrate exceptional door hinge applications at its stand 1-327 in Hall 1 at the trade fair Fensterbau. Visitors will be able to see first-hand what a door element looks like after being exposed to an explosive force of 100 kg of TNT and especially what the door hinges look like
06-21-2016 | Industry, Real Estate & Constr …
Dr. Hahn GmbH & Co. KG
Dr. Hahn receives German Brand Award 2016
Door hinge specialist Dr. Hahn was awarded the winner signet in the “Industry Excellence in Branding: Building & Elements” category at the German Brand Award 2016! The new award was given to the hinge manufacturer for successful brand leadership, demonstrating homogeneity in appearance. Visible brand success Over the course of several years, the medium-size company has created a consistent presence which represents a characteristic brand identity, from its hinges right up to
05-09-2016 | Industry, Real Estate & Constr …
Dr. Hahn GmbH & Co. KG
Hahn Inductio® Distinguished with Award
The Hahn Türband 4 Inductio® managed to place among the best of 200 entries submitted for the INDUSTRY AWARD in the electrical technology category. The first hinge to be able to transmit energy and signals wirelessly between door frame and door leaf with VdS approval made the INDUSTRY's list of best products and thus is permitted to bear the "BEST OF 2016 Electrical Technology" certificate. Accolades for Progress The panel of