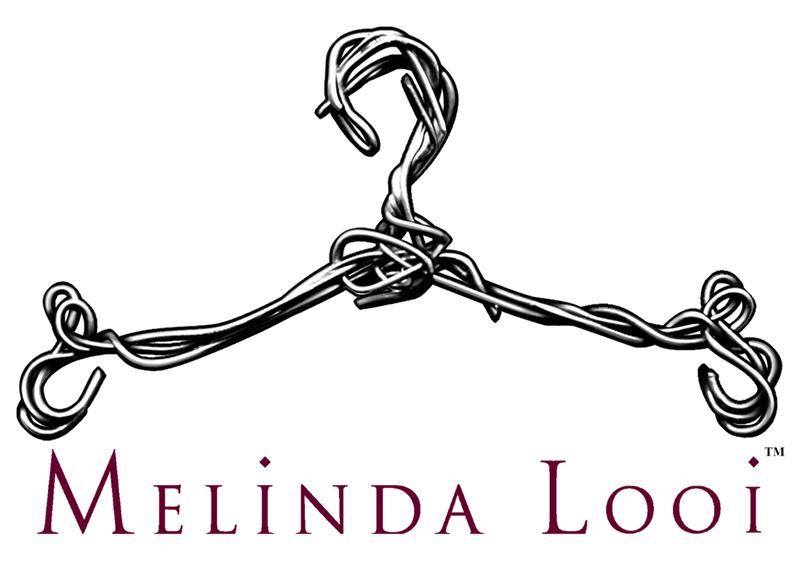 Düsseldorf, July 23, 2016- For the second time, Belgium 3D printing powerhouse Materialise and multi-award winning fashion designer Melinda Looi have teamed up to launch yet another artistic and technological breathtaking collection entitled “GEMS OF THE OCEAN” at Germany's First 3D Printed Fashion Collection at Platform Fashion, Duesseldorf.For this collection Melinda Looi teamed up with Samuel Canning of Griffith University. Canning an expert in 3D print design developed the technical concept as well as modelled the undisputed highlight of the collection and what is probably one of the world’s first full length 3D gowns, printed in a single part. The gown which was specifically folded to fit into the much smaller 3D printing machine, came out of the machine fully assembled and was then finished off by Melinda Looi with over 5000 Swarovski crystals.When asked what was the biggest challenge to overcome when developing the dress Canning said: “The Gown represented a multitude of technical challenges. Working with a design visionary, such as Melinda, probably the single challenge that encompasses the whole project was creating a design the captured the magic of Melinda’s concept, whist developing a design outcome that was in every way suitable for 3D Printing. This project has been fascinating, and beyond doubt, been the highlight of my design career.”Inspired by the iridescent shades of the sea and the tropic colours of coral reefs, Melinda brings to life such an exotic world with this collection, GEMS OF THE OCEAN – one of the most beautiful and awe-inspiring wonders of the nature, with sparkling crystals set in flowy chiffons and lace in the colours of the sea. The collection consists of Coral Boleros (Shoulder pieces), Dive into Me (Gowns), Coral Colonies (Shoes), Swim Corals Swim (Bracelets) and Whisper to me (Earrings).”The Ocean has always held a certain allure to me. I'm not the strongest swimmer, but I will never forget my first snorkelling experience in the crystal clear water on a beautiful island west cost of Malaysia. There is something so magical about the vibrant colours that transmute and ‘dance’ in gentle waves that wash over reef systems in clear seas. I wanted to bring the enchanting underwater world to the land above.”This collection comes as a continuation of Materialise and Melinda Looi’s first project together showcasing the first 3D printed fashion show in Asia back in 2013. The re-sounding success of that collection, which has up to day been shown in numerous countries such as USA, UK, Singapore, Japan, India, China and Australia, resulted in both parties entering into an over a year long development process by a team that was literally spread all over the world.“We are committed to accelerating the implementation of 3D printing technology around the world and believe that our collaboration with Melinda Looi will help to create interest for the endless ways how 3D printing allows to break traditional product design barriers and inspire any industry to apply 3D printing in developing unique and individual designs,” said Wim Michiels, Executive Vice President Materialise Asia.In true fashion industry manner, with the collection just launched, the team is already working on the next project, beginning to develop commercially viable products as affordable prices points in form of fashion accessories, which will then be available for sale.Dropbox link to images: bit.ly/3DMLGermanyThe people behind the collection:DESIGN & CREATIVE CONCEPT - MELINDA LOOI (MALAYSIA) TECHNICAL CONCEPT & 3D MODELING V-NECK GOWN – SAMUEL CANNING (AUSTRALIA) 3D PRINTING – MATERIALISE (BELGIUM) 3D MODELING ACCESSORIES – KAECEE FITZGERALD (AUSTRALIA) 3D MODELING SHOES – TONY MUN (MALAYSIA) MODEL SCANNING – DANIEL SIRI (ITALY) MODEL – ELEEN YONG (Malaysia) About the 3D Printed Collection – Gems of the Ocean Inspired by the iridescent shades of the sea and the tropic colours of coral reefs. • Dive into Me (Gowns) - V-neck gowns with more than 5,000 crystals moulded into printed ‘fabric’ which ends in lacy hems that swirl like the eddying tides • Coral Boleros (Shoulder pieces) – Come alive with Swarovski embellishments • Coral Colonies (Shoes) – Shoes that bathe your feet in sparkling light • Swim Corals Swim (Bracelets) – Meld together hundreds of beads to lie so softly and seductively on your wrists • Whisper to me (Earrings) – Loop-on ear accessories that will encase you in the sweet murmurings of the seaA purveyor of fine art and vintage chic, Melinda Looi is fashion's answer to Avant-garde in Malaysia, the full throbbing force of elaborate detail and unconventional style. Melinda Looi was born as a daughter of a renowned tailor but her career in fashion was not a planned one. After winning a scholarship to La Salle School of Fashion in Montreal, it was her graduation collection that catapulted her into the spotlight, earning her the Malaysian Young Designer Award 1995 in Kuala Lumpur. Melinda spawned into the demanding and exuberating world of fashion design, carving her niche in various stage productions as well as working with the television and film industry in Malaysia and Canada. With her unique ability to combine fiction and function into her designs it has won herself major awards, especially to mention twice the prestigious Designer of the Year Award at the Malaysian International Fashion Awards in 2004, 2006 and the Mercedes Benz STYLO Designer of the Year award in 2009. She was being selected as a Malaysian representative at World Fashion Week to be held in Paris in 2013, with one of her couture pieces being showcased in fashion weeks around the globe as part of the build-up activities leading up to the actual event. Melinda’s latest accolades include an award for 2014 Sport and Art Trophy from International Olympic Council, Switzerland.MELINDA LOOI GROUP Ms. Iqa M - Marketing Manager 131, Jalan Maarof, Bangsar 59100 Kuala Lumpur, Malaysia Tel: +603-2093 2279 Fax: +603-2201 2099 E-mail: iqa@melindalooi.com Address: 131, Jalan Maarof, Bangsar, Kuala Lumpur, 59100 WP, Malaysia

04-26-2019 | Business, Economy, Finances, B …
REPORTSANDMARKETS
Global Social Services Market 2019, top player Bill & Melinda Gates Foundation, …
Global Social Services Market Research Report 2019 Size, Revenue, Share and Forecast 2025 by — Reports and Markets Social Services Report by Material, Application, and Geography – Global Forecast to 2025 is a professional and in-depth research report on the world's major regional market conditions, focusing on the main regions (North America, Europe and Asia-Pacific) and the main countries (United States, Germany, united Kingdom, Japan, South Korea and China). Get free sample on this
12-19-2018 | Advertising, Media Consulting, …
qyreports
Latest Report On Social Service Market 2018 with Trend and Growth by - Mentioned …
Global Social Service Market, this extensive report briefs about the major challenges, regions that contribute maximum towards the market and present size of the regional markets along with the predicted size by the end of the estimated tenure. Additionally, this report also has the SWOT analysis that determines the external segments that impact the overall market. The global Social Service Market was valued at about $3.2 trillion in 2017. Ask For Sample
11-23-2018 | Business, Economy, Finances, B …
ReportsWeb
Social Services market increasing demand with Leading key players: Bill & Melind …
Social Services Global Market Report 2018 The Social Services Global Market Report provides strategists, marketers and senior management with the critical information they need to assess the global social services market. Where is the largest and fastest growing market for the social services-How does the market relate to the overall economy, demography and other similar markets-What forces will shape the market going forward-The social services market global report from Publisher answers all
05-03-2017 | Politics, Law & Society
NorthPointe Resources
State Senator Melinda Bush Tours NorthPointe Resources
Illinois State Senator Melinda Bush, from Illinois' 31st District, visited NorthPointe Resources on Friday, April 21, 2017. The Senator’s visit took place at NorthPointe’s headquarters in The Killian Center located in Zion IL. As part of the visit, a tour of the facility was conducted during which the senator met with many of NorthPointe’s staff and program participants. NorthPointe supports people with intellectual and developmental disabilities (I/DD) and/or mental health
12-15-2016 | Fashion, Lifestyle, Trends
Mellooi Creation Sdn Bhd
INTIMATE SESSION WITH MELINDA LOOI AT FASHION SUITES 2016
CRUISE 2016 /2017 photos link: http://bit.ly/ML-Cruise17-jpg | SPRING SUMMER 2017 Collection photos link: http://bit.ly/ML-SS17-jpg Kuala Lumpur, November 2016 – An exclusive group of VIPs, media, influencers and celebrities were the guests of Melinda Looi Fashion Suites, which was an intimate, by invitation only, four day event launching Melinda Looi CRUISE 2016/2017 and preview of SPRING SUMMER 2017 collection. “This is a small way for me to say
11-12-2009 | Business, Economy, Finances, B …
Celtic Bank
Celtic Bank Hires Melinda Ficek as Business Development Officer – Asset Based …
Celtic Bank recently announced that it has hired Melinda Ficek as business development officer – asset based lending for Southern California. Asset based lending (ABL) is a type of working capital financing that uses accounts receivables and inventory as collateral. Celtic Bank is active in Southern California, and finds the California market a good fit for its growing ABL portfolio. There is a lot of opportunity to serve
Comments about openPR
OpenPR ist the nicest and most clearly laid out PR platform I have seen to this day. The press releases are displayed very nicely and clearly and without any unnecessary frills. The updates are fast and the finished release looks appealing and is clearly legible. Even with 16 years of experience one discovers new things from time to time. Congratulations!
Gabriele Ketterl, Director Marketing & PR, Menads