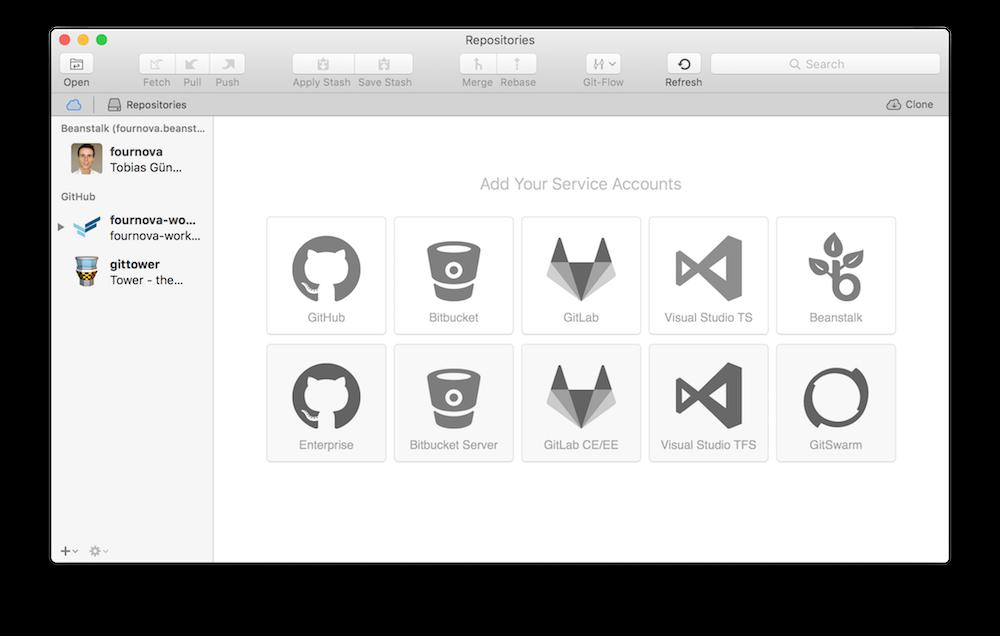 Today, fournova announces the release of Tower 2.4. With version control being an essential tool in today’s web and software world, the popular Mac Git client has become a fundamental part of the tool chain in teams large and small.One of Tower’s advantages is its integration with the most popular Git hosting services. Users have access to these right out of the box. The new version adds new platforms to these supported services. Tower 2.4 comes with Microsoft’s Visual Studio Team Services as well as Team Foundation Server directly integrated. After connecting their account once users will never have to worry again about usernames, passwords and authentication methods. They will be able to: - create new repositories with a single click - create new repositories in their account right from within Tower - and manage their SSH public keys and account detailsBesides these new features the new version also adds support for iTerm 3. Tower 2.4 comes as a free upgrade for Tower 2 users. New licenses are available for $79.Fournova also recently announced that Tower will be coming to Windows. Interested users can now sign up for the beta at www.git-tower.com/p/windows-beta.More information about Tower including a screencast, screenshots and a compact press kit is available at www.git-tower.com/about/press.fournova is an independent software company from Germany. Founded in 2010 fournova develops Mac and Windows apps such as the popular Git client Tower, which helps over 70,000 customers from startups to Fortune 100 companies to easily and productively work with the Git version control system.fournova Software GmbH Lenaustr. 14 70193 Stuttgart Germanypress contact: Julian Rothkamp info@fournova.com

You can edit or delete your press release fournova releases Tower 2.4 for Mac here