MeisterTask Launches IFTTT Channel to Connect With 300+ Tools And Services 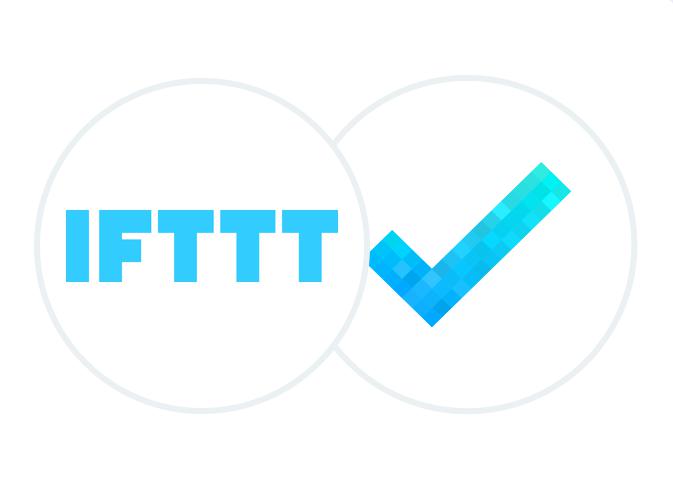 MeisterTask today announced its integration with IFTTT, the popular web-service that aggregates more than 300 tools and services, and enables users to connect them with simple “If this than that” and “Do” recipes. Recipes involving MeisterTask help users work more consistently and save time with every created task. MeisterTask can be set up to trigger actions in other apps as well as being used to perform actions itself when triggered by other tools. Currently supported triggers include new tasks being created in a specific section or project as well as tasks being assigned to the user. When used as an action, MeisterTask automatically creates new tasks in the section of the user’s choice.“The launch of our IFTTT channel is a big milestone for us as it provides our users with a simple but powerful way to integrate MeisterTask into their personal workflow,” says MeisterLabs Managing Director Till Vollmer. “There are dozens of great applications for MeisterTask recipes in all fields from marketing to development and even personal projects. Bloggers for instance can turn tasks automatically into WordPress articles; marketers can create follow-up tasks after they’ve uploaded a video to YouTube; busy managers can create new tasks with a single tap on their smartphone using IFTTT’s Do button; and sales executives can turn tasks into new Google Calendar events. The possibilities are almost endless.”MeisterTask aims to combine the most beautiful and simple user interface with powerful productivity features. Its integration with IFTTT follows a line of other partnerships with tools such as Zapier, Slack, Zendesk and GitHub, to name just a few. Various task automation options are also available directly within MeisterTask in the form of bulk and section actions, and more are being added regularly.About MeisterTaskNamed one of the best apps of 2015 by both Apple’s App Store and Google’s Chrome Web Store, MeisterTask is an intuitive web-based collaboration tool that ups the standard in efficient—and even enjoyable—task management. Using MeisterTask, teams organize and manage tasks in a gorgeous, customizable environment that perfectly adapts to their workflow and automates recurring steps. Free apps for iPhone, iPad, Apple Watch and Mac are also available. MeisterTask is being developed by MeisterLabs, the company behind the award-winning brainstorming tool MindMeister. An integration between MindMeister and MeisterTask enables users to turn their brainstorms directly into agile project boards.Raphaela Brandner Marketing & PR Valentin-Linhof-Strasse 8 81829 Munich Germany Tel +49 (0)89 1213 5359 press@mindmeister.com

11-30-2017 | IT, New Media & Software
MeisterTask
MeisterTask Releases Gmail Add-on that Turns Emails into Tasks
MeisterTask, the collaborative task manager developed by MeisterLabs, today announced the release of a Gmail Add-on, available immediately in the G Suite Marketplace. Upon installing the add-on, Gmail users are able to connect their inbox with their MeisterTask account and forward emails from their inbox directly to their project boards. By default, the email’s subject line is turned into the task title, while the email body is added as the
05-23-2016 | IT, New Media & Software
MeisterTask
MeisterTask Streamlines Customer Service With Direct Zendesk Integration
MeisterTask, the intuitive multi-platform task manager developed by MeisterLabs, today announced the launch of an integration with Zendesk, Inc., the leading cloud-based customer service software company. The integration allows customer service agents to connect directly with their back office teams, streamlining the information exchange and resulting in a more efficient resolvement of customers’ issues. MeisterTask provides a visual, customizable environment for teams that adapts to their individual workflow and ensures