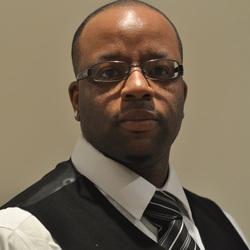 London, UK, 20th Apr. 2016- Hot on the heels of the highly successful book launch of his guidebook, The Path to Financial Peace on 7th April, there’s no rest for Dean Williams as he embarks on launching his academy for young entrepreneurs on the 10th of May, 2016 in Stratford.Exclusive Visions Entrepreneurial Academy will cater for entrepreneurs who have been running their businesses between one to five years. The programme is designed to be intensive featuring successful business owners and experts in Marketing, Public Relations and Entrepreneurship.Dean Williams, founder of the academy, explained “my life’s purpose and the purpose of this academy is to serve, inspire and empower people to succeed. I believe that everyone who enrols for this programme will benefit immensely in the first 12 months. If at the end of the programme, they don’t see changes in their businesses, we guarantee a full refund of the fees paid. That’s how strongly I believe in the skills and expertise that would be employed in the academy”.A maximum number of twelve entrepreneurs will be the first to take part in the academy. This number ensures that all the students get direct interactions and easy access to knowledge and practical skills that will equip them with the best chance of building successful businesses.According to one of the attendees at the launch, Miss Shekinah, if this book is any indication of what the academy will look like, then I believe it is a must-do for all young and upcoming entrepreneurs looking to succeed. Entry into the academy is competitive and the cost of the programme has been hugely discounted for the first twelve people through a grant from the Director of the Academy.Shiloh PR is a Black interest specialist PR agency with a strong track record of producing effective public relations campaigns for major urban music events, both here in the UK and in Jamaica.They understand the habits of multicultural audiences and have strong enviable contacts within mainstream, ethnic and grass-root media, especially those aimed at the African and Caribbean communities. The company boasts of unparalleled connections to Black music practitioners, in particular reggae-focused media. The company also provides media training primarily, for SMEs and women in business. Shiloh PR was officially launched in June, 2013 although it was registered in March, 2011.50 Saxon Road, South Norwood, London, SE25 5EHEvadney Campbell, MBE: 07716 289 717 Shiloh PR Event Publicity - Media Training - Ethnic PR www.shilohpr.com twitter.com/shilohpr facebook.com/ShilohPR

04-20-2016 | Fashion, Lifestyle, Trends
Shiloh Consulting
UK’s only plus-size Bridal Magazine hit Sainsburys shelves this April
London, UK Apr. 20, 2016- This April, UK's only plus-size bridal magazine hit the shelves of major supermarket- Sainsburys. This magazine will act as a guide to plus size brides who are currently faced with the challenge of finding the right dresses for their curves. Carole explains, "We are the UK's only magazine for the plus size bride so I am excited that Gorgeous Bride Magazine's third issue will be on
04-08-2011 | Leisure, Entertainment, Miscel …
Shiloh Consulting
Noted Author Conducts Teleclass on Using Intuition to Achieve Success
Lynn A. Robinson, noted author, speaker and intuitive consultant, will conduct a one-hour teleclass on Tuesday, April 12, titled “Get Out of Your Rut: Creative Ways to Get on Track to Success.” Robinson, a popular speaker and best-selling author, is a leading expert in the field of intuition. Her class will help participants discover what they are truly passionate about, and will “lead them through a series of steps to realizing

04-14-2020 | Arts & Culture
Al-Khalifa Business School
Prof. Igor Eleferenko appointed Dean of Al-Khalifa Business School
H.E. Prof. Sir Igor Eleferenko Ph.D. (Russian Federation) has been elected on 6th April 2020 as the Dean of Al-Khalifa Business School. Born on 23rd May 1958, in Moscow; in 1980 he graduated from Moscow State Pedagogical Institute named after M. Teresa. He has more than 40 years of experience as Associate Editor, Editor, Deputy Head of the APN Bureau in Havana, Deputy Editor-in-Chief, Editor-in-Chief of AVID APN, Editor-in-chief of TRK "TV-News"
01-21-2019 | Advertising, Media Consulting, …
HTF Market Intelligence Consulting Pvt. Ltd.
Platinum Guitar Market Astonishing Growth| Dean, Friedman, Kremona, Rainsong
HTF MI recently introduced Global Platinum Guitar Market study with in-depth overview, describing about the Product / Industry Scope and elaborates market outlook and status to 2023. The market Study is segmented by key regions which is accelerating the marketization. At present, the market is developing its presence and some of the key players from the complete study are Dean, Friedman, Kremona, Rainsong & ... etc. Request Sample of Global
08-10-2018 | Advertising, Media Consulting, …
Eminent Market
Global Soy Foods Market 2018 - Cargill, Kellogg, DuPont, Dean Foods
Apex Market Reports, recently published a detailed market research study focused on the “Soy Foods Market” across the global, regional and country level. The report provides 360° analysis of “Soy Foods Market” from view of manufacturers, regions, product types and end industries. The research report analyses and provides the historical data along with current performance of the global PP Pipe industry, and estimates the future trend of Soy Foods on
06-06-2017 | Advertising, Media Consulting, …
Fresh Cream Market
Fresh Cream Market 2017 : Nestle Fonterra, Danone, Dean Foods, Sodiaal
Fresh Cream Market Research Report A market study based on the " Fresh Cream Market " across the globe, recently added to the repository of Market Research, is titled ‘Global Fresh Cream Market 2017’. The research report analyses the historical as well as present performance of the worldwide Fresh Cream industry, and makes predictions on the future status of Fresh Cream market on the basis of this analysis. Request For Sample Copy
08-09-2011 | Arts & Culture
LiveAuctionTalk
James Dean Icon of a Generation This Week at LiveAuctionTalk.com
In death, James Dean became a global megastar. When he passed away in 1955 he had only completed three movies. He was 24-years-old and died in a car accident near Paso Robles, Calif., on the way to a sports car meet. Only one of his movies “East of Eden” loosely based on the novel by John Steinbeck, had been released. After his death two more
02-19-2009 | Advertising, Media Consulting, …
Dramm Corporation
Dramm Introduces Dean Mraz
Manitowoc, Wisconsin - February 12th, 2009 – Dramm welcomes Dean Mraz to the team as the new Commercial Customer Service Representative. Dean will be available to answer questions regarding Dramm’s full line of chemical application systems, environmental control systems, irrigation system and watering tools. Dean is thrilled to be joining the Dramm team. “I am looking forward to this exciting career with Dramm Corporation,” Dean says, “I look forward to
Comments about openPR
We publish our press releases on openPR.de because we like people who are "open" - just like us.
Frank Obels, CEO, INCONET - Informationssysteme, Communication und Netzwerkberatung GmbH