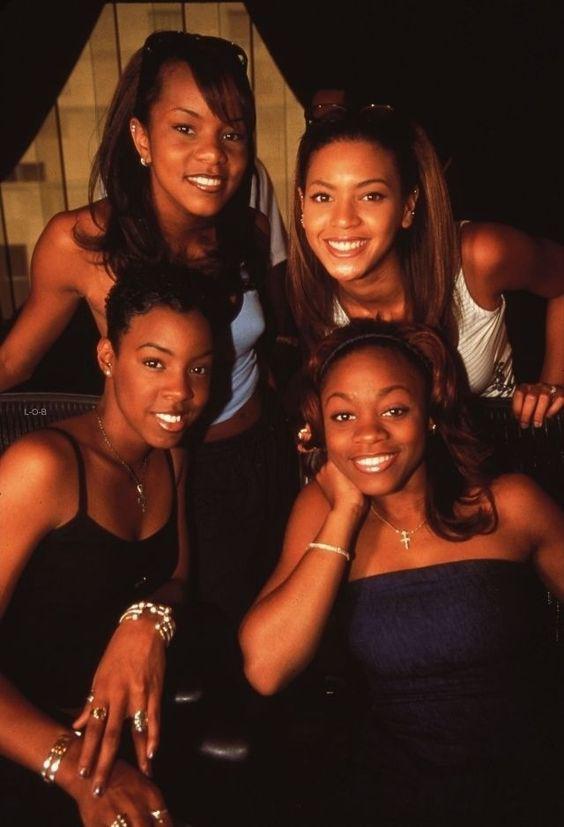 Dousic Media Group and Dousic Film & Television (affiliates of Dousic Entertainment LLC), in association with Tillman Music Group, and The Andretta Tillman Estate, are proud to announce the start of production on A Child of Destiny, a new documentary about the life of Andretta Tillman and her creation of Beyoncé and Destiny’s Child. Filming locations are in Houston, Tyler, and Whitehouse, Texas, as well as Atlanta, Georgia. The production will bring viewers a compulsively watchable look at the creation, the sacrifice, the heartaches, the setbacks, and triumphs of Tillman’s life and her everlasting impact on Beyoncé Knowles and Destiny’s Child."The people interviewed for the documentary are considered 'unsung heroes'," according to J. Randy Taraborrelli author of Becoming Beyoncé.“I sought to give full credit to the unsung heroes of Beyoncé Knowles-Carter’s record-breaking career, those who sacrificed behind the scenes to help an unassuming youngster from Houston, Texas, realize her greatest ambitions and biggest dreams.” - JR Taraborrelli"A Child of Destiny" will introduce viewers to the people who back in the beginning sacrificed a good part of their lives for Beyoncé and Destiny’s Child. Who believed in everything that, with Ann Tillman's vision, would create a megastar in this kid from Texas," remarked Michael Ferguson."We are excited to finally be bringing my mothers story to the public," said Armon Tillman. So often people have told the Beyoncé and Destiny’s Child story, and she was briefly mentioned or forgotten all together. The blessing over the past two years is that her name is back in the news again. Thanks to J Randy, and most especially to her former partner and dear friend Kenny Moore."Not too often do documentary's focus on the extreme behind the scene reality of what actually happened with the creation of Destiny’s Child, instead reflecting a one-dimensional point-of-view," remarked Vineet Sen, Dousic Media Group head of original programming and production."A Child of Destiny" seeks to offer a different perspective on the reality of the origin of Destiny’s Child, while showcasing the powerful woman that navigated their young lives and careers, but sadly missing out on living the dream with her beloved girls.Gigi Githoro has been tasked to produce the documentary for Dousic Films and TV with Kenny Moore and Armon Tillman as executive producers, and Michael Ferguson as co-executive producer."After two years of working on the 'ins and outs' of writing the book, the script for the documentary and the screenplay for the movie that will start production in the fall, all while balancing my other responsibilities and my personal life, this is becoming a second ride to destiny after all these years and I can't express how excited I am," said Kenny Moore.The "A Child of Destiny" documentary will be completed and ready for release by May 2016.Dousic Entertainment Publishing is a Texas based book & music publishing clearinghouseDousic Media Group 118 Vintage Park Boulevard, Suite W-901, Spring, Texas 77070 Contact: Charles Washington info@dousic.com www.dousic.com

10-19-2016 | Leisure, Entertainment, Miscel …
Dousic Media Group
Andretta Tillman's Documentary Set to Premiere in Houston
Making a Child of Destiny: The Andretta Tillman Story a new documentary about the life of the innovative manager and architect of Beyoncé and Destiny's Child will make its world premiere in Houston, Texas November 14, 2016, at the prestigious Alamo Draft House Cinemas – The Vintage, with filmmakers and members of the cast in attendance for red carpet media interviews and a post-screening panel discussion. Media interviews will begin at

05-09-2021 | Arts & Culture
BookBuzz.net
Author D. D. Larsen Releases New Paranormal Romance – Destiny
Author D. D. Larsen Releases New Paranormal Romance – Destiny Author D. D. Larsen is pleased to announce the release of her new paranormal romance novel, Destiny. This is book one in the Academy Series. Book two, Journey is scheduled for release in July 2021. Both books are a thrilling fantasy story with magical creatures and sizzling romance. Despondent after a failed career move, Jamie returns to her remote hometown to
05-28-2019 | Health & Medicine
Impetigo Therapeutics- Pharma Proff
Impetigo Therapeutics- Pipeline Analysis 2018 | Foamix Pharmaceuticals (Nasdaq: …
Impetigo is a common bacterial infection caused by different kinds of bacteria, including streptococcus and staphylococcus. It is a contagious disease and begins with appearance of red sores on any part of the body, which eventually changes to blisters on the body. Download the sample report @ https://www.pharmaproff.com/request-sample/1064 Impetigo is more common in warm and humid weather, is known to easily transmit in crowded settings like schools and day care. Impetigo can
05-27-2019 | Business, Economy, Finances, B …
Numerology Name Calculator
Decode Your Destiny with the Numerology Name Calculator
Burbank, CA – May 25, 2019 - Trying to decipher your future, get a clearer view of your career and love life? Then why not opt for a free personalized Numerology Reading. Numerology Name Calculator, the world’s largest resource for Astrology enthusiasts, uses the lost art of numerology to find out what your name and birth date say about you. Founded in 2017 by Jeffrey Ito, of numerologynamecalculator.com acts a spiritual guide
11-13-2018 | IT, New Media & Software
The Research Insights
Mobile Business Intelligence Market technology will shape the destiny: is your c …
Mobile Business Intelligence Market is defined as “Mobile BI is a device comprising both technical and organizational elements that present ancient and/or actual-time facts to its users for evaluation on mobile devices inclusive of smartphones and tablets (now not laptops), to enable effective selection-making and control guide, for the general cause of growing firm overall performance.” business intelligence (BI) refers to computer-based totally techniques utilized in recognizing, digging-out, and analyzing commercial
09-03-2018 | Health & Medicine
TMR Research
Lung Infections Market 2017 - 2025 : Insmed Incorporated, Creative Antibiotics S …
Lung Infections Market: Snapshot The treatment for lung infections has conventionally been led by small molecule therapies. These therapies however, were aimed to treat the symptoms of lung infections, rather than the actual cause of the infection. This has led to the emergence of diverse treatment options, which differ in terms of their targets and their action mechanism. Many past cases exist, where a patient has been given a combination
01-27-2012 | Arts & Culture
Mira Sound Germany
Michel Montecrossa releases Single 'American Crossroads' for Obama, re-election …
‘American Crossroads‘ released by Mira Sound Germany on Audio Single and DVD, is Michel Montecrossa’s New-Topical-Song for Obama, re-election and USA destiny. The song and video ‘American Crossroads‘ are available on the Michel Montecrossa Homepage. Michel Montecrossa says about ‘American Crossroads’: “With Obama on his re-election campaign the world has an eye on America’s future and the American crossroads affecting us all. The United States of America are standing on the crossroads
Comments about openPR
Your portal is fast, simple, and easy to use. Others may have more functions but they also demand more editing time, you have to preformat the text in order to achieve a good result etc. I think openPR is really fantastic!
Andreas Knepper, wallmedien AG