Legal highs: what are the risks and should they be banned? 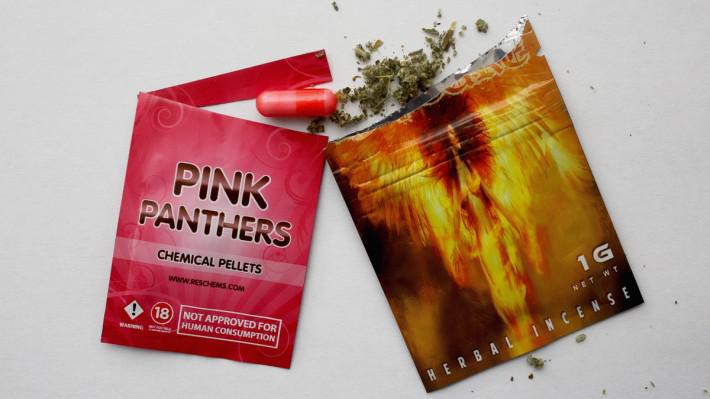 A new bill banning the sale and possession of all "legal highs" in Britain has sparked outcry from health professionals, politicians, the police and even the government's own advisors.

The Psychoactive Substances Bill has completed its passage through Parliament and is due to come into law in early April.

But critics say it contains too broad a definition of psychoactive substances, banning "any substance that affects the person's mental or emotional state" except for alcohol and nicotine.

"You're not hallucinating," said the New Scientist, "it's a catch-all backward step that ranks as one of the stupidest, most dangerous and unscientific pieces of drugs legislation ever conceived."

For many, the attack on legal highs is not only illogical - or as Labour MP Paul Flynn described it, "evidence-free and prejudice-rich" - but also discriminatory.

Last week, Conservative MP Crispin Blunt outed himself in Parliament as a user of poppers, denouncing plans to ban the legal high, which is widely used within the gay community, as "manifestly stupid".
He also pointed to evidence given to the home affairs select committee that a ban would dramatically increase the use of class A and B drugs, as well as the transmission of sexually transmitted infections.

Vice News, meanwhile, says it will "harm users and help dealers" by pushing recreational users into the hands of illicit suppliers who care little about the drugs they sell or the effect they have.

The government insists the broad scope of the law is necessary to prevent manufacturers of potentially dangerous drugs evade the ban by making small changes to their composition.

What are legal highs?
Officially known as "new psychoactive substances", legal highs are substances that mimic the effects of illegal drugs, such as cocaine, ecstasy and speed, but have been tweaked at a molecular level to evade anti-drug laws. This means that they do not fall under the Misuse of Drugs Act (1971), that they are legal to possess or use and that they can be sold openly on websites or high streets across the UK. They cannot be sold for human consumption if they are unsafe but a legal loophole means they can be sold under the guise of something else, such as plant food or bath salts. Buyers are often unaware that one in five "legal highs" contain an illegal substance, making the nickname somewhat misleading.

What are the dangers of legal highs?
Most legal highs have not been tested for human consumption so reactions are unpredictable. Risks include seizures, mental health issues, brain damage and heart problems, and the danger can increase if the drug is mixed with alcohol or other substances. The number of deaths linked to legal highs rose from ten in 2009 to 68 in 2012, according to the National Programme on Substance Abuse Deaths.

How will the law change?
Previously, the law on legal highs took a substance-by-substance approach. Hundreds of individual drugs, such as mephedrone (meow meow), BZP and GBL, have been outlawed – but often new versions are created and sold just as fast as the government can ban them. For example, a total of 81 new psychoactive substances were reported in 2013, up from 73 the previous year.

The new Psychoactive Substances Bill will apply to "any substance intended for human consumption that is capable of producing a psychoactive effect" – effectively a blanket ban on legal highs. Home Office minister Mike Penning says the law will end the game of "cat and mouse" whereby the authorities are always trying to catch up with the drugs market. The new legislation is so wide-ranging that alcohol, tobacco and caffeine will have to be explicitly exempt. It will apply throughout the UK and enable authorities to seize and destroy legal highs, carry out searches, and issue prohibition orders on drug sellers. Possession for personal use will not be an offence, but those producing, distributing, selling or supplying new psychoactive substances could face up to seven years in jail

The WBLCA helps companies define their strategic direction and remove the obstacles to profitable growth. It is also a key resource for businesses and organizations in the Capital Region and worldwide. The WBLCA helps its members build upon their successes through an array of skills development, resource sharing and networking opportunities, while working together to maintain the standards and reputation of the consulting profession. Our organization is the ideal first stop shop for anyone seeking consulting services. We can help you to build and develop your business giving you the right information which will help you to perform better on the market and eliminate the concurrency, so our professional consultants will eliminate the obstacles from your way.

You can edit or delete your press release Legal highs: what are the risks and should they be banned? here

03-03-2016 | Business, Economy, Finances, B …
WBLCA
New practice note: Consumer Protection Regulations for conveyancing
The new Consumer Protection Regulations for conveyancing practice note aims to inform solicitors about the impact of the Consumer Protection from Unfair Trading regulations(CPRs) and their obligations to consumers in a conveyancing transaction. The aim of the CPRs is to prohibit trading practices that are unfair to consumers. Recent regulatory changes have potentially made property sales subject to the CPRs, which came into force in 2008. The CPRs protect consumers by
03-03-2016 | Business, Economy, Finances, B …
WBLCA
WBLCA & Technology Seminar Singapore
Just as technology has reshaped how individuals communicate and how organizations do business, it also having a profound impact on the practice of law. Technological developments are affecting management strategies in corporate legal departments, and changing how legal services are delivered. Venue: Singapore (Hotel Mandarin) Date: 15 May 2016 Registration: 8.15am to 9.00am (Singapore Time) Event: 9.00am to 5.00pm WBLCA & Technology Seminar examines both the: (a) legal challenges (b) opportunities