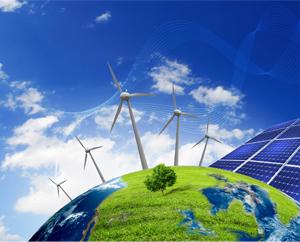 TEAM’s RHI Industry Expert Justine Grant explains why she believes the Renewable Heat Incentive scheme is crucial to the UK’s long-term decarbonisation efforts.The RHI is still with us, but expect changes.The Government announced plans to increase funding for the Renewable Heat Incentive from 2016 to 2017. By 2021 an additional £1.15 billion will have been spent on the RHI, but changes to the scheme are expected to save money.Announcing the plans in the Autumn Statement and Spending Review, Chancellor George Osborne said the increase in funding would ensure that the UK continues to progress towards its climate goals while reforming the scheme to improve value for money, delivering savings of almost £700 million by 2020-21.Whilst most are optimistic about the news on increased funding, many are keen to learn more on plans to reform the scheme and what it will actually mean.The renewable heat sector, which includes ground and air source heat pumps, biomass boilers, biogas combustion, and solar thermal technologies, is currently supported by the taxpayer-funded RHI - £860 million was made available from the central Government funding to support the RHI over the period of 2011-2015.How does the RHI scheme contribute to the UK’s long-term efforts?The RHI provides a continuous income stream for 20 years to any organisation that installs an eligible renewable heating system, ensuring that renewable heat is commercially attractive when compared to fossil fuel alternatives. The scheme is important because it helps significantly increase the level of renewable heat produced in the UK, which is key to the UK meeting its renewable energy targets, reducing carbon emissions, ensuring energy security and helping to build a low carbon economy. By 2020, it’s estimated that RHI support levels are expected to bring forwards around:14,000 installations in industry; and 112,000 installations in the commercial and public sectorThese installations are expected to generate 57TWh of renewable heat.Renewable heat is crucial to the UK’s long-term decarbonisation efforts, but the Government’s decision to slash electrical renewable power subsidies has left solar firms facing an uncertain future and has, understandably, left many renewable heat developers feeling anxious about what’s in store for them.Despite the cuts, Energy Secretary Amber Rudd has said she believes the solar industry will "continue to thrive". The Government believes the technology is almost ready to stand on its own two feet without subsidy; but can the same be said for biomass boilers, biogas combustion, ground source heat pumps etc.?The lack of insight is already hitting UK businesses with some delaying decisions about capital investment until there is further certainty on its future.Many businesses turn to the RHI to generate income from renewable energy sources and without it the Government could struggle to meet its 2020 low carbon targets.Looking to the futureThe RHI budget runs out in April 2016; consultation on changes to the scheme are expected to happen over the coming weeks with an aim to implement changes in 2017. Affected businesses need to respond to consultations to have any chance of influencing policy.A recent document by the Department of Energy and Climate Change (DECC) warns of the need for "bold" decisions to ensure that the RHI is delivering "the best results for the taxpayer, the climate, and for the future decarbonisation of heat". Exactly how this will be done remains to be seen, but with such forceful wording, we should expect some pretty far-reaching reforms.Heat is one of three sectors that make up the UK’s binding commitment to decarbonise the energy industry by 2020. The target is for 12% of the UK’s heat to come from low carbon or renewable sources. If this is unmet, the other two sectors, transport and electricity must contribute more to meet the overall target.Current DECC projections suggest that the RHI will not succeed in delivering the desired share of at least 12% for renewable heat. Based on March 2015 Eurostat data, the UK is now further behind its renewable energy targets than any other EU state. The UK needs a growth rate of over 16% per year in order to achieve its 2020 targets.It's evident that changes to the RHI scheme need to be addressed, if we are to have any chance of hitting the 2020 targets but uncertainty from the UK Government has been going on for far too long now and it’s time to provide greater clarity for the industry, so that we can start planning for the future.How can TEAM help?TEAM’s RHI Support Service can help organisations obtain their RHI tariff payments, which for large buildings, can amount to tens of thousands of pounds per year. Find out more by visiting the RHI Support Service page on the websiteTEAM is the UK’s leading supplier of carbon and energy management solutions. With over 500 customers in the UK and worldwide we specialise in energy management software, outsourced energy management services and energy consultancy.TEAM consistently produces energy savings that exceed the cost of our services and products. Founded in 1985 by Managing Director Paul Martin, TEAM has customers from all sectors including Commerce, Industry and Government.Visit http://www.teamenergy.com/team-energy-consultancy/renewable-heat-incentive-rhi/TEAM (Energy Auditing Agency Ltd.) 34 The Forum, Rockingham Drive Linford Wood Milton Keynes, MK14 6LY UKAndrea Shoel Business Development Manager Tel: +44 (0)1908 6900148 Email: enquiries@teamenergy.com

10-16-2017 | Energy & Environment
TEAM (Energy Auditing Agency Ltd.)
Risk of fines for non-compliance of Heat Network Regulations for new builds
There is a growing concern with landlords and developers that they may face fines over the heat network regulations. The main issues are lack of awareness of the regulations, what the requirements are and the changing deadlines. The first phase of the Heat Network Regulations 2014 required participants to submit notification of communal and district heating systems by 31st December 2015. The original heat metering viability tool included within the notification
10-04-2017 | Energy & Environment
TEAM (Energy Auditing Agency Ltd.)
TEAM Provides Capacity Market Support for Pan-European Energy Company
TEAM Senior Energy Consultant completes first progress report for pan-European energy company. The Capacity Market (CM) was established as part of the UK Government’s Electricity Market Reform (EMR) Programme. Its goal is to ensure the future security of our electricity supply at the lowest cost to consumers by offering incentives to capacity providers for investing in more sustainable, low-carbon electricity. TEAM’s Capacity Market independent technical expert has completed the first six-month progress
09-14-2017 | Energy & Environment
TEAM (Energy Auditing Agency Ltd.)
Important Changes to the Renewable Heat Incentive Tariff
Non-Domestic Renewable Heat Incentive (RHI) tariffs are changing from 20th September 2017 as a direct result of last year's consultation. The changes will merge existing tariff bands for all solid biomass sizes; ‘small’ (less than 200kW), ‘medium’ (between 200kW and 1MW) and ‘large’ (1MW+) to create a single two-tier tariff band for all biomass plants. These amendments are the first part of RHI reforms announced by the Department of Business, Energy and
09-12-2017 | Energy & Environment
TEAM (Energy Auditing Agency Ltd.)
TEAM recovers more than £165,000 in billing errors for Scottish Council
With the help of TEAM Bureau's Outsourced Bill Validation Service, a large council based in Scotland has recovered just over £165,000 in billing errors since January 2017. TEAM Bureau receive and validate 700 of the council's electricity bills per month. Molly Calvert, Query Administrator for TEAM Bureau, was first notified of an uncharacteristic increase in consumption which was identified through TEAM's sophisticated automated bill validation in January, she explained: "There were a number