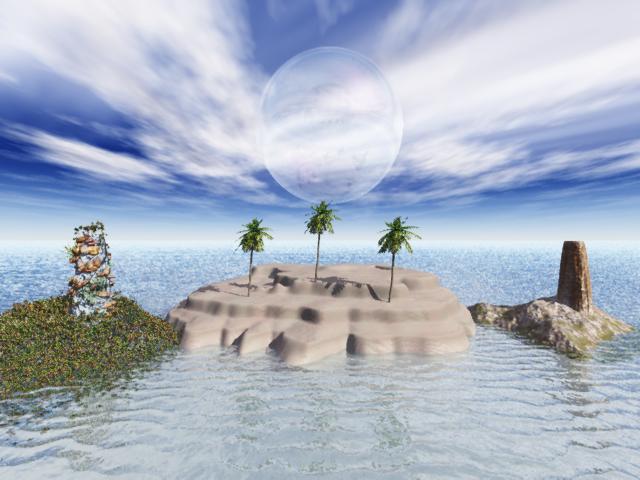 Todtenweis, Germany. The platform for online music collaboration, v-band.de, launched the first music video for a song created by musicians from three different continents.The song called "Pirate of the deep blue sea" sounds like a modern folk song including electronic elements. With recorded instruments provided by members from the USA and Germany the song went to life with lyrics and vocals written and recorded by a member from Australia.In addition to the motion of hearable elements, the visual part becomes more important. But creating a music video over three different continents is very difficult and expensive.In that case v-band.de followed the virtual tradition and produced a complete music video based on virtual territories and characters.The video is available for streaming at YouTube and other portals. A high resolution video for TV is available for download on request.Streaming-Video at YouTube: http://www.youtube.com/watch?v=lpc81tLMXZgv-band.de online music collaboration: http://www.v-band.decrazyALEX.de GmbH Division v-band.de An der Moosleite 6 86447 Todtenweis Germanyv-band.de is a social network website for musicians to create songs with artists worldwide. Using an open structure allows any style of music, any kind of copyright (e.g. Creative Commons or Legal Copyright) and easy ways of communication.

01-23-2008 | IT, New Media & Software
crazyALEX.de GmbH
Intelligent Server Management for Music Creation Network
Todtenweis/Germany. On v-band.com musicians collaborate online on different music projects and share any kind of digital creativity, such as music files, videos or images. To distribute all requested files with best performance, a new and intelligent structure has been implemented. One year ago v-band.com started to allow their members to upload their creative work on one server, using the FTP-Protocol. With a high performance connection to the World Wide Web, this
01-09-2008 | IT, New Media & Software
crazyALEX.de GmbH
v-band.de Website Relaunch
After months of careful research and planning, v-band.de is pleased to announce the relaunch of its music creation network. On v-band.de musicians around the world creating music via the World Wide Web with sharing self created music files. Other musicians can pick the files up and play their preferred instrument over to get a completed song. The aim to redesign most common sections is to enable musicians and music interested people an
12-19-2007 | IT, New Media & Software
crazyALEX.de GmbH
No need for Musicians to sell Songs
With simple and new ideas it’s not longer required for musicians to sell their songs to earn money for their creative work. The platform for online music collaboration, v-band.de, launched a new – sponsorship based – solution for musicians to get paid without the need to sell own songs. The idea is simple: every music interested visitor of v-band.de could browse for interesting songs and choose the musicians who should get
11-27-2007 | IT, New Media & Software
crazyALEX.de GmbH
Next Generation Music Creation
With v-band.de, musicians all around the world could find music projects easier and create music online, independent from time and location – together with real musicians. Creatives like a recording hobbyist, a professional musician or producers are invited to collaborate on the writing and recording of music entirely over the internet. All what\'s required is an internet connection to enjoy the power of the openness of v-band.de. To make it easier for

07-13-2017 | Advertising, Media Consulting, …
ReportsWeb
Luxury Goods in Germany
Luxury goods enjoyed further positive growth in Germany in 2016, with volume and value sales increases seen in all nine categories covered by Publisher. The highest overall growth was seen in the rather young category of luxury portable consumer electronics, while the slowest growth was reported in the rather old-fashioned category of luxury writing instruments and stationery. Ultimately, the current value growth rate registered across luxury goods in 2016 was
06-08-2017 | Business, Economy, Finances, B …
ReportsWorldwide
Agrochemicals Market in Germany
ReportsWorldwide has announced the addition of a new report title Germany: Agrochemicals: Market Intelligence (2016-2021) to its growing collection of premium market research reports. The report “Germany: Agrochemicals: Market Intelligence (2016-2021)” provides market intelligence on the different market segments, based on type, active ingredient, formulation, crop, and pest. Market size and forecast (2016-2021) has been provided in terms of both, value (000 USD) and volume (000 KG) in the report. A
12-07-2016 | Business, Economy, Finances, B …
ReportBazzar
Packaged Food in Germany
Summary Retail value sales of packaged food continued to grow in Germany in 2016, as was the case in all years of the review period from 2011 to 2016. The last time a decline took place was in the context of the global economic and financial crisis and the following recession in 2010. In the context of the review period as a whole, the 2016 development was slightly below average, although
11-10-2016 | Health & Medicine
Industry Research
Laparoscopes Market 2016 - Stryker (USA), Henke-Sass Wolf (Germany ), Aesculap ( …
Laparoscopic surgery uses a special instrument called the laparoscope. The laparoscope is a long, slender device that is inserted into the abdomen through a small incision. It has a camera attached to it that allows the obstetrician–gynecologist (ob-gyn) to view the abdominal and pelvic organs on an electronic screen. If a problem needs to be fixed, other instruments can be used. These instruments usually are inserted through additional small incisions
11-05-2008 | Science & Education
educationconsult
MBA - Market Germany
The MBA degree is becoming increasingly more important for career opportunities of young professionals and managers in German- speaking countries. Simultaneously, there is a wide variety of MBA programs and it is strenuous to find the exact program desired. Educationconsult is glad to give you a short overview regarding the German MBA-market. Fact sheet 2009: • 72 University and 130 Universities of Applied Sciences (Fachhochschule) in Germany offer traditional Business Degrees (Diplom,
10-25-2007 | Science & Education
Sprachinstitut TREFFPUNKT
How safe is Germany?
A few weeks ago, alarmist coverage of a fight which took place during a festival in the small town of Mügeln (Saxony) was featured in newspapers throughout Germany. The incident consisted of a violent confrontation between Indians and Germans, resulting in speculation that the fight was racially motivated. Since then the question of whether Germans are racist or xenophobic has once more been the subject of vigorous discussion. However, Germany is
Comments about openPR
OpenPR is clearly structured and remains true to its principle of confining itself to the essential parts. OpenPR has proven to be a very good and reliable partner to our media agency: Within the shortest time the releases are online and go down well with the media representatives. The success of OpenPR is reflected in the steadily increasing number of press releases. It is good that OpenPR exists!
Ursula Koslik, Director Marketing & PR, F+W Hamburg