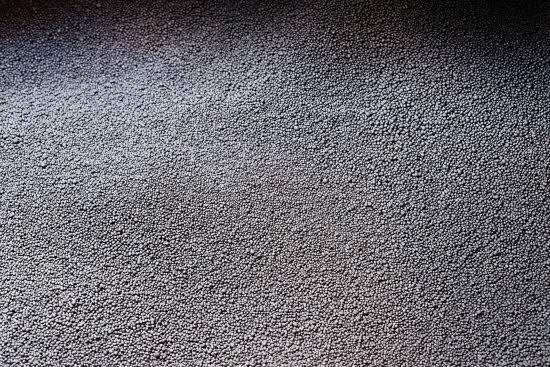 Bernreuter Research warns of overestimating fluidized bed reactor (FBR)Würzburg (Germany), February 27, 2014 – The latest announcement of US manufacturer REC Silicon Inc. that it would establish a new polysilicon plant with an annual production capacity of 19,000 metric tons (MT) has highlighted an upcoming trend in the polysilicon industry: the rise of fluidized bed reactor (FBR) technology. Like REC, China-based GCL-Poly Energy Holdings Ltd., the world's largest polysilicon manufacturer, and SMP, a joint venture between US producer Sunedison Inc. (formerly MEMC) and Samsung Fine Chemicals Co., Ltd. in South Korea, are building polysilicon plants using FBR technology with monosilane as feed gas.In an FBR, monosilane is injected through nozzles at the bottom to form a fluidized bed that carries silicon seed particles fed from above. Silicon deposits on the seed particles until they have grown to larger granules, which can then be withdrawn from the reactor continuously. Compared to the established Siemens process, both electricity consumption and manufacturing costs are substantially lower. "FBR technology will definitely gain significant market share," predicts Johannes Bernreuter, head of Bernreuter Research and author of the new global polysilicon market report The 2014 Who's Who of Solar Silicon Production. Bernreuter estimates that the FBR share in the global polysilicon output will double within five years from 8% in 2012 to 16% in 2017.Delays at new FBR polysilicon plantsHowever, the polysilicon market analyst warns against creating too much hype about the new technology. "Silicon deposition in an FBR is not easy to control. We expect teething problems at the new plants," says Bernreuter. Both GCL-Poly and SMP have experienced delays with their FBR projects: – After four years of research and development, GCL-Poly planned to bring the first 10,000 MT phase of its new FBR plant on stream in the first quarter of 2014; meanwhile, the commissioning has been postponed to the second half of this year. – The start-up of SMP's 10,000 MT FBR plant was originally announced for May 2013. In July 2013, however, the explosion of a water tank during a stress test killed three employees; the plant is now expected to ramp up in the second half of 2014.As REC Silicon does not have sufficient funds to expand its already existing FBR capacity on its own, it is taking a route very similar to the capital-light approach of Sunedison: saving capital expenditure through a joint venture with Shaanxi Non-Ferrous Tianhong New Energy Co., Ltd. in China and financing its equity share in the joint venture through revenues from licensing fees.The new FBR plant in China will benefit from low labor and raw material costs and allow REC to produce in the world's largest market for polysilicon without being subject to import duties. Nonetheless, Bernreuter points to an important disadvantage of the location: "Protection of intellectual property has always been an issue for western technology companies in China. We see a certain risk that REC's FBR know-how will leak out into the country over time."In-depth analysis of polysilicon production technologies such as FBR is provided in The 2014 Who's Who of Solar Silicon Production. The 124-page report contains the latest company and technology developments as well as forecasts on supply, demand, prices and manufacturing costs of polysilicon through 2017. For more information on the report, please go to: http://www.bernreuter.com/en/shop/polysilicon-market-reports/2014-edition/report-details.htmlAbout Bernreuter ResearchBernreuter Research was founded in 2008 by Johannes Bernreuter, one of the most reputable photovoltaic journalists in Germany, to publish global polysilicon market reports. As early as 2001, Bernreuter authored his first analysis of an upcoming polysilicon bottleneck and new production processes. Since the premiere edition in 2010, the Who's Who of Solar Silicon Production series has gained a reputation of providing the most comprehensive and accurate polysilicon reports on the market.Press Contact: Bernreuter Research – Polysilicon Market Reports Huttenstr. 10, 97072 Würzburg, GermanyYour Contact Partner: Johannes Bernreuter, Company Head Phone: +49/931/784 77 81 E-mail: info@bernreuter.com

You can edit or delete your press release New Polysilicon Technology – Promise or Hype? here