The Rotten Story of Sexual Harassment at Weimar University, a Conservative Adventist-connected Institution 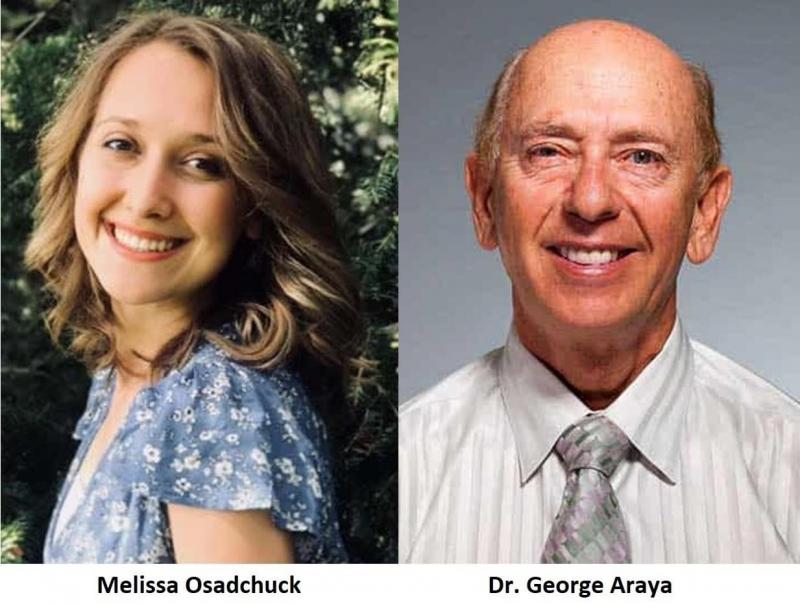 Weimar University is listed in the official directory of the Seventh-day Adventist church. Many prominent conservative leaders frequently visit this institution to give commencement speeches or take part in other events. On August 8, 2022, a sexual harassment lawsuit was filed against the university and a former vice president. The complaint alleges that Weimar University did not do enough to stop the "willfully, wantonly, recklessly, torturously, strictly liable, statutorily liable or otherwise, for the injuries" committed against a young girl, a girl who was a former employee, former student, and the daughter of a Seventh-day Adventist pastor who was the men's dean at Weimar University at the time of the alleged sexual assault.After being sexually assaulted and subjected to months of sexually explicit comments, Melissa Osadchuck told Dr. Neil Nedley, the director and president of Weimar, that she didn't feel safe seeing the alleged perpetrator, Dr. George Araya, at different times on campus or around the campus church. Melissa expressed her stress and discomfort at Weimar's continued employment of Dr. George Araya. According to the lawsuit, nothing was done, and she quit out of concern for her safety and peace of mind. She filed her lawsuit eight months later, on August 8, 2022.The sad part of this story is that not only did Melissa leave Weimar, her father, Pastor Vasily Osadchuck, is no longer there either. The alleged victim and the alleged victim's father are gone. Weimar now has a new "men's dean." However, the alleged perpetrator remained. He was simply moved around.Click to read the full story and to see the images: http://adventmessenger.org/the-rotten-story-of-sexual-harassment-at-weimar-university-a-conservative-adventist-connected-institution/Contact: Andy Roman, Publisher Address: Advent Messenger, PO Box 96, Dover, OK 73734 Phone: (888) 299-2119 Website: www.adventmessenger.org Email: adventmessengers@gmail.comAbout: Advent Messenger provides news and commentary on current events, top stories, social trends and political and religious events. For more news visit www.adventmessenger.org

You can edit or delete your press release The Rotten Story of Sexual Harassment at Weimar University, a Conservative Adventist-connected Institution here

05-15-2019 | Business, Economy, Finances, B …
Fact.MR
Food Waste Recycling Machine Market - BioHiTech Global, Emerson Electric Co., KC …
Fact.MR’s recent study on food waste recycling machine market foresees a promising growth, driven by proactive initiatives for fostering environmental sustainability. An amalgamation of pivotal aspects, ranging from launch of legislation around food waste to rising proclivity for recycling activities, is anticipated to underpin growth potential of the market. Global sales of food waste recycling machines are likely to reach 10,890 units in 2018, up from 10,356 units in 2017. The Fact.MR research study
02-26-2019 | Industry, Real Estate & Constr …
Up Market Research (UMR)
Food Waste Composting Machine Market Research Report 2019-2025 | Top Key Players …
Up Market Research offers a latest published report on “Global Food Waste Composting Machine Market Research Report 2019” delivering key insights and providing a competitive advantage to clients through a detailed report. The report contains 100 pages which highly exhibit on current market analysis scenario, upcoming as well as future opportunities, revenue growth, pricing and profitability. Request Sample Copy Of this Report @ https://www.upmarketresearch.com/home/requested_sample/69070 Food Waste Composting Machine Market research report delivers
11-19-2018 | Industry, Real Estate & Constr …
Market Research Hub
Global Food Waste Composting Machine Market Research Report 2018-2025 | Global K …
Market Research Hub (MRH) has actively included a new research study titled “Global Food Waste Composting Machine Market Insights, Forecast to 2025” to its wide online repository. The concerned market is discoursed based on a variety of market influential factors such as drivers, opportunities and restraints. This study tends to inform the readers about the current as well as future market scenarios extending up to the period until 2025. In
02-15-2013 | Arts & Culture
MXperience gUG
Videomapping competition for Genius Loci Weimar launched
We are happy to launch the second international audio-visual video mapping competition for the media art festival Genius Loci Weimar. We are seeking for innovative artistic video projection concepts for three historic facades: Courtyard of the City Castle, Wittumspalais, and the Main-Building of Bauhaus University Weimar. While media artists are encouraged to develop their own pictorial language towards the spirit of the location (Genius Loci), they should avoid erratic
09-28-2012 | Science & Education
MoBiTec GmbH
MoBiTec To Exhibit At The 16th Joint Meeting Of The Signal Transduction Society …
Echelon Biosciences Inc. (USA) is committed to developing novel assays and reagents for lipid research and beyond. At EBI’s core is the desire to innovate, thus pushing medicinal research to new limits. EBI looks forward to providing scientists around the world with the tools they need to cure human disease states for years to come. Remarkable are EBI's • Lipid-Protein Interaction Tools • Lipid Detection Assays • Broad Range of Inositol Phosphates EBI's scientific focus: •
02-23-2012 | Arts & Culture
The Chan Centre for the Performing Arts
Sultry Chanteuse Ute Lemper Brings Weimar to the Chan Centre Stage
Vancouver, BC - The Chan Centre for the Performing Arts at the University of British Columbia (UBC) presents Berlin Nights/Paris Days: The Art of Chanson; an intimate evening of cabaret, jazz, and tango evoking the bygone Weimar era on Saturday, March 24, 2012 at 8pm in the Chan Shun Concert Hall. Leading this journey, through the work of Weill, Piazzolla, Schulhoff and Piaf, is the multi-talented singer, actor, dancer, and
Comments about openPR
OpenPR is clearly structured and remains true to its principle of confining itself to the essential parts. OpenPR has proven to be a very good and reliable partner to our media agency: Within the shortest time the releases are online and go down well with the media representatives. The success of OpenPR is reflected in the steadily increasing number of press releases. It is good that OpenPR exists!
Ursula Koslik, Director Marketing & PR, F+W Hamburg