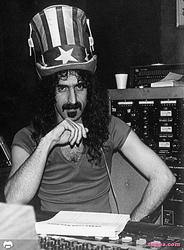 Sixteen years is a long time. Especially in the life of a contemporary arts festival. This year for the 16th time the Budapest Autumn Festival is bringing together, presenting, staging, exhibiting, putting on public display and showing artists and creations of the most varied genres, turning the spotlight onto today’s arts for ten days in Budapest’s late summer and early winter cultural scene. Organising and financing the BAF is not always easy, and especially not this year. Despite this they have made a big effort to offer a meaty programme, and following the practice of our earlier festivals, to put together a striking series of events that give an overall picture. Their aim is the same as in previous years: to present the work of a few companies with an international reputation and parallel with this, to show a few major figures and works of Hungarian contemporary art. In short, we remain what we have always been, pillars of the bridge joining Budapest and the wider world. Since film plays an important part this year in the themes of the programmes selected, they would like to jolt fans leafing through the pages of their publications with familiar and unfamiliar images from slide films. They have taken the slogan from a strip intended to teach the correct fashion: “Jewellery with a uniform is not good style!” What is behind all this? We must begin by drawing attention to two unusual musical films, both combining the visuality of the 1920s with the music of today. One evokes what was perhaps the first horror film in the history of the cinema: we are projecting Friedrich Wilhelm Murnau’s 1922 film Nosferatu, a Symphony of Horror, with film music composed for electronics and organ by the Austrian composer-organist, Wolfgang Mitterer. Similarly, the 2005 composition by French composer Yan Maresz and the 1923 silent film on which it is based, René Clair’s Paris qui dort, can be seen and heard at the festival in a production by the legendary French contemporary music workshop, IRCAM. 100%Zappa will be a full-day bash devoted to the life work of the brilliant Frank Zappa, with appearances by Zappa’s former fellow musicians, Zappa fans and clones from the Hungarian rock scene, and the Hungarian Radio Symphony Orchestra conducted by Ádám Fischer. And while on the subject of (slightly) lighter genres, this is the place to mention Japan’s number one jazz group, Soil & “Pimp” Sessions, which will bring its refined but brutal music to the Hungarian public for the first time during the BAF. As for the stage genres: the choreographer Yasmeen Godder, known for her raw sincerity, and her dance company will be our guest again, as well as the Japanese company Pappa Tarahumara, with an original dance theatre interpretation of Three Sisters. The first performances of contemporary Hungarian dramas will be held in joint productions with five Hungarian theatres. Among the authors will be János Térey, Péter Kárpáti and Ágens. All this is only the tip of the iceberg. Rambling around the Kelenföld switching centre, introducing the Fringe prize winners, contemporary Russian films, EDIT2007, young composers’ evening… and…and…and. You’ll find more information about the events planned for the 16th Budapest Autumn Festival, on website www.bof.hu."The whole city in your pocket" is the motto of the Budapest Card, introduced by our office in 1997. The Card offers its holder more than a hundred services: unlimited travel onpublic transport, free or discounted entry to 60 museums and to several sights, sightseeing tour for half price, reduced price tickets for cultural and folklore programmes, discounts in restaurants and spas, discount for car rental, sports facilities and in many other places, travel accident insurance. www.budapestinfo.huYour accododation in Budapest THE FIRST NH HOTEL IN HUNGARY, THE NEW NH BUDAPEST! LOCATED VERY CENTRAL IN THE CITY, WITH GOOD PUBLIC TRANSPORTATION CONNECTIONS, RIGHT BEHIND THE VÍGSZÍNHÁZ THEATRE. THE HISTORICAL WEST TRAIN STATION IS ONLY 500 M AWAY, ALSO THE DANUBE RIVER AND THE MARGIT ISLAND, AN ISLAND OF SPA- AND SPORTS FACILITIES. IN A TOTALLY NEW BUILDING WITH AN ABSOLUTELY UNIQUE STYLE IN FURNISHING AND DESIGN, NH BUDAPEST HAS 160 ROOMS, AND A RELAXATION AREA WITH FITNESS ROOM AND SAUNA FREE OF CHARGE. ALSO SAFE PARKING PLACES IN THEIR OWN HOTEL GARAGE ARE OFFERED! www.nh-hotels.comTo get to know the true promise of dining The new PESTI LÀMPÀS restaurant and coffeehouse, Károlyi Mihály u. 12, 1053 Budapest. Meanwhile highly recommended food and whine and still with acceptable prices: It is a must to visit. Restaurant manager Thomas Boes and a very obliging staff welcomes international guests in the cool bar interiour or in a wonderful inside courtyard of an old renovated palace. www.pestilampas.huPress contact: PPS Promotion-Presse-Service Chris Rabe/Christian Bauer EU-Kulturzentrum D-52391 Vettweiss/Köln fon 0049-2424-940427 fax 0049-2424-940428 mailto: pps@kfe.dePPS - Promotion-Presse-Service is a German press agency run by Christian Bauer, journalist and publisher. PPS is on the market with releases about culture and cultural politics, focussing theater , ballett, music and music theatre, art and exhibition. Releases in Germany and German speaking parts of Austria, Switzlerland, Netherland, Belgium to print- tv- radio- online- medias as well as open culture channels. PPS stays close to jmedia partners together with the European CulturForum, KulturForum Europa since 1992 covering their press office. Also covering Int. Spring Festival Budapest, Fringe Festival Budapest, Int. Istanbul Music Festival and Istanbul Biennial as well as Music Biennale Zagreb (since 2007).

06-27-2014 | Associations & Organizations
Chris Rabe
2014 European Tolerance Award to be handed over in Sofia, Bulgaria
Cologne/Sofia. KulturForum Europa (KFE), located in Köln/Germany, had decided to award Deputy Chief of Mission at the Embassy of the United States of America in Sofia, Bulgaria, Mr. Bryan Dalton and his husband, Anandaroopa, the European Tolerant Award in 2014. They both have been nominated for their work in building cultural bridges between the U.S., Europe and Asia; and especially, for their role as ambassadors to promote LGBT rights
10-01-2007 | Arts & Culture
Chris Rabe
2007 Perspectives over the 18th edition of George Enescu International Festival
(by Alexandra Solea/PPS) During the 1st and the 23rd of September, Bucharest was the European capital of music, with the occasion of the 18th edition of “George Enescu” International Festival and Competition 2007. The concerts proposed to the wide public, covered a large stylistic palette beginning with the baroque music until the contemporary tendencies of Romanian and European music. The Festival has reunited the biggest names of the national and international
08-24-2007 | Politics, Law & Society
Chris Rabe
Mariana Nicolesco, a great voice of our time, brings Europe to Romania
Celebrated soprano Mariana Nicolesco left her native country, Romania, in the 70’s, with a scholarship she won in a national contest to study voice at the Conservatorio Santa Cecilia in Rome. Her superb dark voice, with an enormous extention and her solid musical background - she studied violin from age 6 to 18 - brought her immediately to general attention. Still in the Conservatory, she is the Page in Verdi’s Don

03-02-2017 | Business, Economy, Finances, B …
Stamford Global
The HR Congress Budapest
After bringing together 500 HR professionals in Amsterdam on 29-30 November 2016 and offering probably the most unique and comprehensive event program of its kind, the HR Congress will now arrive in the Hungarian capital for two content-packed days of learning and exchanging ideas. The Congress will feature a truly unique panel of global subject matter experts. The presenters are carefully selected to ensure that their content is aligned with the theme
05-04-2016 | Tourism, Cars, Traffic
Stag's Emporium
Why People Choose Budapest for Stag Do
The stag do may be even more important than the wedding. At least for men. This is a once-in-a-lifetime event, when you are lucky enough, so it’s important to find the right place to spend the stag weekend. For the ideal stag do, more and more people choose to go abroad and Budapest is one of the most popular destinations in Europe. No wonder why, Budapest is getting better every year
09-06-2013 | Business, Economy, Finances, B …
Russell Bedford International
Russell Bedford announces new correspondent firm in Budapest
Russell Bedford, the global accounting and audit network, has announced the appointment of S&M Economix Kft. as its new correspondent firm in Budapest, Hungary. S&M Economix is a well-established, family-owned audit firm. The partners have extensive experience, especially in the audit of governmental organisations, state-owned companies and private companies. Bookkeeping, payroll and tax services are provided by an associated practice, Mehesz Tax Consult Kft. ENDS About Russell Bedford International Established in 1983,
01-31-2012 | Science & Education
Software Competence Center Hagenberg
From Budapest to Hageberg
Dr. Miklos Biro (57) joined at the beginning of January the Process and Quality Engineer (PQE) team at SCCH. He holds a Ph.D. degree in mathematics (Loránd Eötvös University in Budapest), a Master of Science in Management degree (Purdue Universtiy, USA) and a Doctor Habilitatus degree /Corvinus University of Budapest). He worked as an associate professor and project director at the Dennis Gabor College in Hungary and has more than
10-26-2010 | IT, New Media & Software
ABAS Software AG
International abas ERP Seminar in Budapest
Budapest/Hungary – Companies from all over the globe gathered in Budapest, Hungary to meet mid-market companies that have successfully implemented abas ERP and gained a tremendous value for their business. abas software partners and consultants from 30 countries were also present to support customers and prospects not just technological but also organizational. abas customers presented that in today’s world of change and globalization, technological and organizational support is essential to stay
08-31-2010 | IT, New Media & Software
ABAS Software AG
ABAS: International ERP Prospect Seminar in Budapest
Karlsruhe, Germany/Budapest, Hungary – Join ABAS on October 13th 2010 in Budapest and meet CEOs and key users from international companies who have successfully implemented abas ERP in multiple countries. Participate in a “lessons learned” session focusing on budget, increased revenues and creating a global value stream for your business. Meet the ABAS Global Partner Network abas Business Software creates value for companies who deal with customers or vendors across borders. Our
Comments about openPR
I can't but agree to the positive statements about your portal: easy to use, clear layout, very good search function, and quick editing!
Jens O'Brien, Borgmeier Media Communication