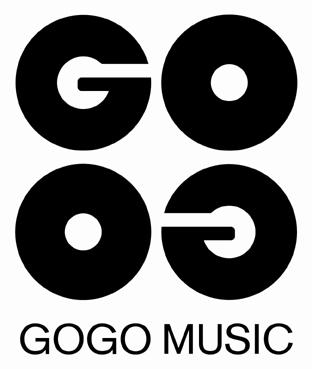 GOGO Music proudly comes up with the second release of Sir LSG, after we presented you ‘Sax In The City’, which still was released under his former moniker ‘Hood Natives’ and became a smash-hit in 2011. This time Sir LSG teamed up with renown Soul-singer Brian Temba and Kafele who adds his distinctive trumpet lines. Remixes are contributed by DJ Spinna and Ben Moss to complete a splendiferous release.Sir LSG has found his sound. Whether as a DJ or producer Lesego Sefako steadily progressed, since he won the DJ Battle competition of 2008 South African Music Conference. After producing ‘Sax In The City’ on his own, he split out of the group ‘Hood Natives’ and started releasing under his own artist name Sir LSG. It seems as if he detected his very own sound at the same time. Pushing the envelope with a stoic determination and a rare love for detail, his sound always contains a bit of Jazz and a big portion of Soul.‘All I Am’ features Brian Temba, a venerated R&B singer from the motherland, who has shared the stage with the likes of Kenny Lattimore, Anthony Hamilton and Ne-Yo. His debut album ‘Something Better’ included the hit single ‘Dominoes’, which received two Channel O Awards nominations in South Africa in 2009, while the album itself earned him a SAMA (South African Music Award) for Best R&B/Neo Soul Album. In 2013 Brian’s new album ‘This is My Time’ was nominated as Best R&B on the Metro FM awards. ‘All I Am’ is one of the few side trips of Brian Temba into House Music, and shows his great versatility.In addition Kafele lends his talent on the trumpet to add another level of musicality to the beautiful song. The experienced Jazz musician became a household name in the House-scene, since his releases ‘Above The Sky’ and ‘Complicated’ on GOGO Music and meanwhile can look back on various successful releases on other labels as well.Remix glories for the song come from DJ Spinna and Ben Moss. DJ Spinna surly does not need much of an introduction to music lovers. Since the start of his career, he left his indelible fingerprint in various musical categories. He produced legendary Hip Hop groups, remixed Pop Music icons and of course is at home in the House Music genre, in which he delivered countless titles which are considered classics nowadays.Ben Moss finally returns to the label after a longer pause from music. Finishing his doctorate in Pharmacy was priority and did not leave him much time to produce music. But his mix clearly and imposingly shows that talent does not fade, if one takes a break. Back with a bang, we now hope to hear more from him soon.This GOGO Music release has been in the works for quite some time, but it surely was worth the wait and efforts, as we now are able to present a well rounded package of a well written song –exactly our aim at GOGO Music.GOGO Music ... music it is and is it!GOGO Music is a deep and soulful House Label which was established 2001 by Ralf GUM to provide an active record company for innovative artists and soulful dance-music. GOGO Music’s sound can be described best with “contemporary club music with soul”. The output concentrates on timeless songs instead of putting out a huge quantity of records following ephemeral trends. The label presented music from well-known artists such as Ursula Rucker, Inaya Day, Black Coffee, Monique Bingham, or Rocco as well as very own discoveries as for instance Raw Artistic Soul, Sir LSG or King Club. The good reputation of GOGO Music is manifold reflected. GOGO's releases made it various times to the UK Hype Chart, entered the Swiss Dance Charts, as well as the DCC (Deutsche Club Charts). The labels records constantly receive worldwide airplay. Moreover the releases constantly reach top download positions, including numerous Top10s and various number 1 spots on the ultra credible download shop Traxsource, amongst them the soulful hit 'Kissing Strangers', which was a bestseller in its genre in 2008. Thus it got #1 in the 'Top 100 Singles 2008' and the 'biggest house track 2008' in the charts of the year of Traxsource. But GOGO Music's sales-success of course isn't limited to the Traxsource charts. In 2009 the single 'Little W. 12th St.' was amongst the 10 best selling house-songs of the year on the Japanese download-site Wasabeat. As well GOGO Music scored an official #1 chart hit in South Africa 2012 with 'Take Me To My Love' by Ralf GUM feat. Monique Bingham.GOGO Music Am Heegring 25 97450 ArnsteinPromotions@gogo-music.net

You can edit or delete your press release Sir LSG feat. Brian Temba & Kafele – All I Am – GOGO 058 here

09-16-2013 | Fashion, Lifestyle, Trends
GOGO Music
Ralf GUM feat. Jon Pierce & Kafele – Never – GOGO 059
GOGO Music keeps at it with this stunning and real heartfelt song titled ‘Never’, which gave Ralf GUM’s album ‘Never Leaves You’ its name. Featuring Chicagoan crooner Jon Pierce and Kafele on trumpet and background vocals, the song received much praise since the long-player was released. Finally it receives its single release with remixes by no one less than the legendary Louie Vega. Ralf GUM is arguably one of the
02-15-2013 | Arts & Culture
GOGO Music
Ralf GUM feat. Kafele – Burning Star – GOGO 054
GOGO Music starts into 2013 with the next single taken from Ralf GUM's gold awarded album "Never Leaves You", which was the best selling artist album of the year 2012 on prime house download-store Traxsource, too. "Burning Star" sees the well-proven combination of Ralf GUM and Kafele in top form and receives now blazing remixes by Glenn Underground, Sir LSG and Kafele himself. This is definitely a mouth-watering release for
09-12-2012 | Fashion, Lifestyle, Trends
GOGO Music
Ralf GUM feat. Monique Bingham – Take Me To My Love (with Raw Artistic Soul, L …
GOGO Music increases the pressure with the third single taken from Ralf GUM’s long player “Never Leaves You” to be released worldwide this September. When Monique Bingham and Ralf team up, the magic is inevitable. “Take Me To My Love” is no exception. Remixes are contributed by some of the industries most esteemed heavy-weight producers: Raw Artistic Soul, Louis Benedetti and completing the package, a sleek jazzy version remixed by
06-26-2012 | Fashion, Lifestyle, Trends
GOGO Music
New GOGO Music release: Ralf GUM feat. Oluhle
GOGO Music presents the second single taken from Ralf GUM's forthcoming long-player 'Never Leaves You' featuring Oluhle singing an inspirational gospel tune in Zulu which is entitled 'Linda'. The Original of the song already caused ample hype in South Africa since Ralf started to play it on his gigs there. It is now available rounded of with a lush rework by aspiring producer talent Da Capo. Out now on www.traxsource.com/GOGO_Music Worldwide

06-20-2012 | Advertising, Media Consulting, …
Sir Speedy Addison
Sir Speedy in Addison Now Offers Advertising and Promotional Products
Addison, TX, June 19, 2012 - New service helps business customers increase brand awareness Sir Speedy of Addison at 15323 Midway Road owned by Jim Quinn, is expanding its services to include access to more than 700,000 advertising specialty items. The new service helps Sir Speedy meet a growing client demand for promotional items to help increase brand awareness and influence brand loyalty. “As a member of the Advertising
10-25-2011 | Industry, Real Estate & Constr …
Christie Communications
SIR Construction Award Winners Announced
David Kronsteiner of West Coast Contractors to Receive Award PORTLAND, OR. – Oct. 24, 2011 David Kronsteiner, president and CEO of West Coast Contractors, will be presented the prestigious SIR award by Associated General Contractors (AGC) November 12 at the Montgomery Park in Portland, OR. The SIR award (Skill, Integrity and Responsibilities) is one of the highest honors in the construction industry in the Northwest and acknowledges individuals, organizations and agencies
09-30-2011 | Advertising, Media Consulting, …
French West Vaughan
FRENCH/WEST/VAUGHAN AGAIN LEADS SIR WALTER RALEIGH AWARDS
RALEIGH, N.C. – French/West/Vaughan, one of the nation’s largest independent public relations, public affairs and brand communications agencies, won 13 Sir Walter Raleigh Awards, as part of the annual recognition program hosted by the Raleigh Public Relations Society (RPRS).The RPRS honored 11 campaigns and named two “Best in Division,” which made FWV the most decorated agency at the awards for the third consecutive year. The Sir Walter Raleigh Awards recognize exemplary
09-09-2011 | Business, Economy, Finances, B …
Sir Speedy Addison
Sir Speedy Addison Launches Press Release Package For Small Business
Press Release Written, Printed, and Distributed Online With New Service Offering Sir Speedy Printing of Addison, TX is pleased to announce that it will be offering a new service which will author, print, and distribute a single press release for $250. The program is aimed at existing clientele and prospective clients. Marketing Consultant Heather Maloy commented on the service saying, "This is something we've needed to offer our clients for a long
08-23-2011 | Business, Economy, Finances, B …
Sir Speedy Addison
Sir Speedy Addison To Sponsor Putting For Paws Golf Tournament
Sir Speedy Printing of Addison, TX is pleased to announce sponsorship of the Putting For Paws Golf Tournament being staged by the Habitat 4 Paws Humane Society. The tournament is being held to raise funds for construction of the planned shelter facility for rescued dogs and cats. The tournament is being played at the Ridgeview Ranch Golf Club in Plano, TX on Saturday Sept. 10, 2011. Sir Speedy Addison marketing
08-05-2009 | Tourism, Cars, Traffic
WYSTC
SIR RICHARD LEESE TO OPEN WYSTC 2009
Manchester City Council leader, Sir Richard Leese will deliver the opening welcome address at legendary Manchester Town Hall to delegates attending the World Youth and Student Travel Conference (WYSTC). Youth, student and educational travel industry professionals representing more than 80 countries will attend the three and a half day WYSTC conference being held in Manchester, UK, 22-25 September. Each year, the conference takes place in a different city around the world,
Comments about openPR
We publish our press releases on openPR.de because we like people who are "open" - just like us.
Frank Obels, CEO, INCONET - Informationssysteme, Communication und Netzwerkberatung GmbH