US Consumer Confidence Declines, Driving Oil Prices Down With It 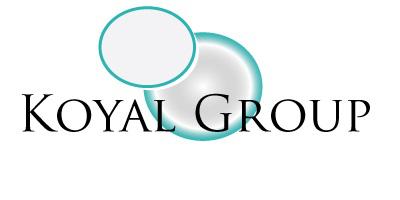 The Markets have not seen great movement over the past 24 hours as they wait for information from the Fed. The consumer confidence index has slipped bring oil prices further down but home and auto sales are reaching highs not seen in years.Jul. 31, 2013 - TOKYO, Japan -- The American markets have all posted minimal gains, as Analysts at Koyal Group expected, based on the assumption that many investors would be waiting for the report from the Federal Bank due out later this week. The consumer confidence index slipped in the United States driving oil prices down. The decline in the index was more severe than most analyst expected, dropping to 80.3 as opposed to the predicted 81.1. In our analyst´s opinion consumer´s outlook on the market was hurt by climbing gasoline prices and rising mortgage rates which are threatening to hurt housing market momentum. Market volatility and rising interest rates also present risks to confidence.Analysts at Koyal Group believe that the slip in confidence has caused oil futures for September to fall another dollar a barrel to nearly $103, the lowest price since July 9th. Last week oil prices dropped 3.1%, which is the first weekly decline in the last five weeks. The dip in consumer confidence has raised concerns over softer energy demand. News of a decline in supply has not managed to offset the down trend in price of oil. There are many concerns about the slowing economic growth in China, the second biggest consumer of oil. Late on Tuesday afternoon, the American Petroleum Institute will release its report on weekly American crude stocks, and on Wednesday the U.S Energy Information Administration (EIA) will file its report. Our analysts are predicting inventories to have declined 3 million barrels for the week ending July 26th. Inventories have fallen almost 30 million barrels over the last four reporting periods according to the EIA. Despite the drop in confidence, the S&P/Case-Shiller index of property values climbed 12% from May 2012 to May 2013, representing its biggest 12 month gain in 13 years. Automobile sales are also up, new trucks and cars sold in June at the quickest rate since 2007, according to data from Ward´s Automotive Group.Based in Tokyo, Japan, Koyal Group is a boutique equity research house and has its foundations set in personal client advisor relationships, and despite being one of the largest equity research houses in Asia we are proud to say we maintain strong interpersonal links between our clients and their allocated advisors. This along with our approach to financial analysis has meant Koyal Group has grown year after year since 2003.Koyal Group Arca Central Building 14F 1-2-1 Kinshi Sumida-ku Tokyo 1300013 Japan Tel : +81 (3) 4578 2181 Fax : +81 (3) 6701 7036 Email : info@koyalgroup.com Website : http://koyalgroup.com/

You can edit or delete your press release US Consumer Confidence Declines, Driving Oil Prices Down With It here