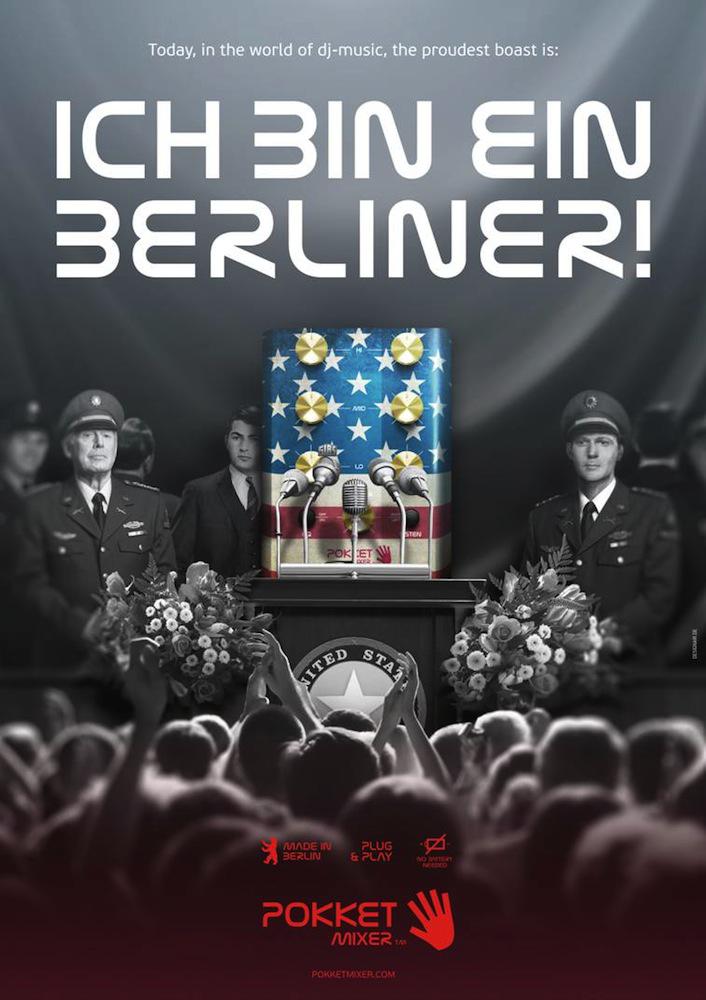 Pokketmixer is proud to announce that it will be making a musical appearance during Berlin's historical celebration of the 50 years since an American president ever paid visit to the city.

1963 was the year the four words "Ich bin ein Berliner" became an eminent quote. John F Kennedy arrived at the Schöneberg Rathaus to make a peace statement expressing the American support towards West Germany; whilst equally expressing criticism towards the Soviet just 22 months after the erection of the Berlin Wall, which acted as a symbol of a failed Communist system which led to many people sacrificing their lives for the most basic of human rights.

26 years fast forward was the fall of the wall, when Gunter Schabowski announced in 1989 on national television that East Germany was opening its boarders! A completely new world was born within a country, and East Berlin later became a blank canvas for creativity as a newer generation fought to compensate the many years of control and oppression that were infesting the city.

East Berlin very quickly rebranded itself, and turned into a Utopia on nightlife culture. Illegal raves, squat parties, and improvised art exhibitions quickly became a routine as many old factory buildings and spaces remained empty during the city's rejuvenation period.

Today, Pokketmixer has managed to combine all of Berlin's biggest events into one portable object. It is the city's latest mark on its historical timeline! Berlin's nightlife is no doubt one of the most reputable in the world, due to its endless energy and spontaneity not to mention its endless amounts of choice! This small product in your pocket, is a miniature city which never sleeps! With the Pokketmixer, you become the A-List DJ of all the biggest Berlin nights and your name appears on every event guest list + 12 including an open bar!

POKKETMIXER as a mobile DJ mixer that everyone can easily use is on its way to cult status. Developed in Berlin and patented with a currentless functional circuit it is also produced in the capital. Plug and Play makes instant music playback possible – ideally with friends who want to DJ and mix sounds from their mobile music sources (iPod, iPad, smartphone) into one another.