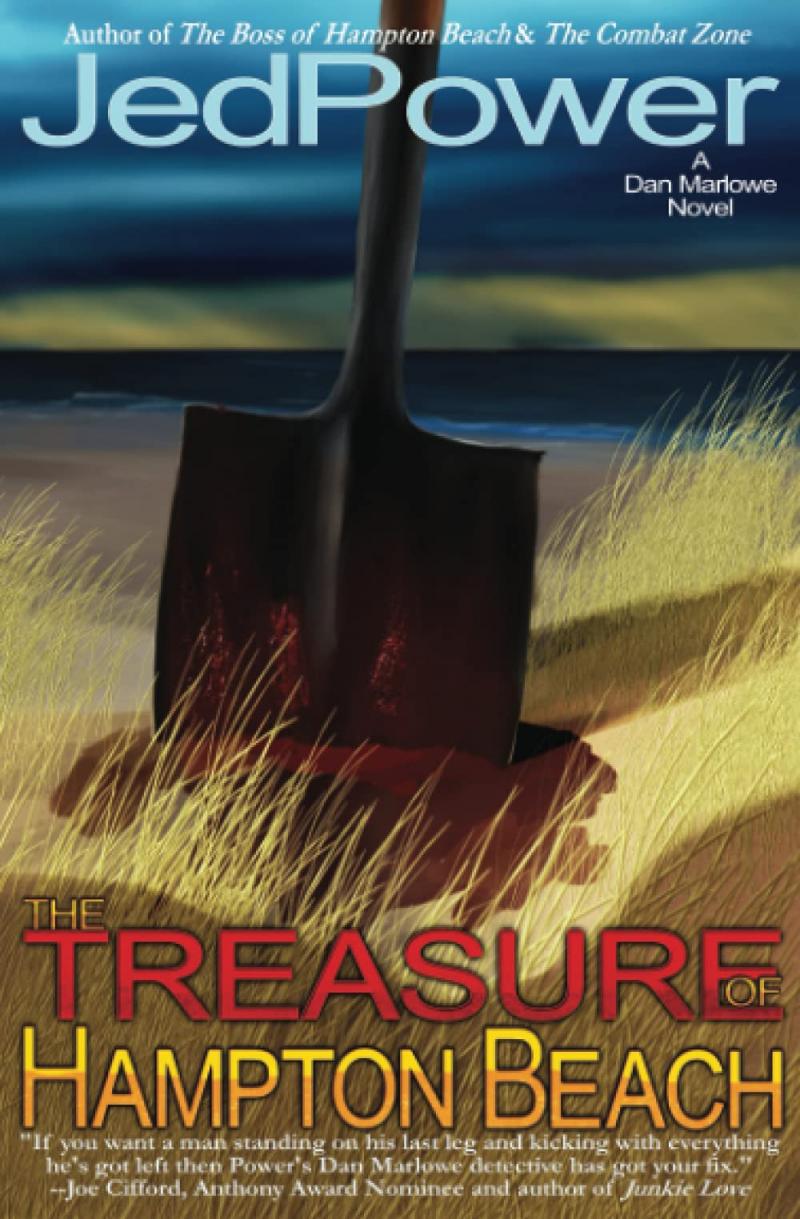 The Treasure of Hampton Beach

Author Jed Power Publishes Eighth Novel In His Acclaimed Dan Marlowe/Hampton Beach, NH, Crime/Mystery Series After Suffering Paralysis From A Massive StrokeAfter suffering a massive stroke, renowned crime fiction author, Jed Power, overcame his paralysis and wrote the eighth book in the ac-claimed Dan Marlowe/Hampton Beach, NH, Crime/Mystery series. At the same time, Power completed a proposed TV Series Bible (explaining the proposal) and a Pilot episode adapting his series to a one-hour TV Series or feature film. He is now looking for a Manager, Agent or producer to help with the project. Bible and/or Pilot are available on request.Power admits that writing after a stroke had major obstacles. “Typing with one finger was the least of it,” Power said. He continued, “It brought me confidence, just getting it done. In my eyes anyhow, it was an accomplishment.”All eight Dan Marlowe/Hampton Beach, NH, books are available in paperback and eBook via Amazon, Barnes & Noble and most other outlets.About the Book: The Treasure of Hampton Beach Dan Marlowe/Hampton Beach, NH Mystery Series Book 8 By Jed Power Publisher: Dark Jetty Publishing Published: September 29, 2021 ISBN: 978-0997175868 ASIN: B09HKSLV8G MysteryA mad cap treasure hunt is on. But will whoever finds the fortune live to enjoy it?There’s a sickness raging through Hampton Beach, an epidemic more contagious and deadly than any pandemic virus.Gold fever.And Dan Marlowe—along with his friends—has been bitten by the bug.Joining the hunt for treasure are a half mad ex-Prohibition agent, an infamous Irish Boston gang leader, and other assorted thugs. Of course, the always bumbling small-time hustlers—Eddie Hoar and Derwood Doller—have to get in on the action...Along with anyone within driving distance who can beg, borrow, or steal a shovel or metal detector.When a treasure hunter is found beaten to death, Dan has to—once again—prove his innocence while battling his own dark demons.Only this time the demons might win.CONTACT: To learn more about Jed Power, the Dan Marlowe/Hampton Beach, NH, series, his proposed TV/Film adaptation, or to arrange an interview for a story, please contact: Email: jedpower@verizon.net Facebook: https://www.facebook.com/people/Jed-Power/ Phone: 978-979-2371Jed Power is an acclaimed author, well known for his New Hampshire fiction crime series starring crime-solving lead character Dan Marlowe. Power suffered a devastating stroke in 2019 but re-turned to work after weeks in the hospital to finish the series' eighth book, The Treasure of Hampton Beach. He is presently writing a screenplay based on the series.