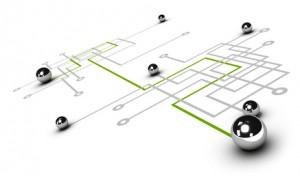 »Web globalisation and web localisation include layout checking in market-related target languages in your sector. « © Quotation: dtp-works_de (services - http://dtp-works.de/leistungen/dienste/)The modern-day world of advertising has been graced with a range of catalogues, brochures, and page upon page of business reports, and translators would spend months on their conversion into other languages. Then it was the turn of the layout and printing people to prepare each magnum opus for the target audience. With a bit of luck, the »pamphlet« vaguely resembled the original in a few, rarely a few more, languages, it was just as likely that a »rough attempt« would result. Proofreading? Not a chance, far too expensive!In the DTP age, translation still takes a bit of time, but the design work – thanks to fantastic tools – is no longer the risky outlay that it used to be. Multi-byte languages such as Korean or Cyrillic characters can be translated into the usual font for the target country with no difficulty. Hebrew, Persian and Urdu (some of the bidirectional languages) are virtually processed and published by experienced and expert native speakers at dtp-works.de.»We extract multibyte languages […] and bidirectional languages […]and interpolate them specially into the programming for the target market. « © Quotation (extract): dtp-works_de (sample projects - http://dtp-works.de/leistungen/projektbeispiele/)DTP work is generally regarded as »something technical to do with translations«. The amount of what can be artistic work that lurks behind that is known only to the satisfied customers who previously had been unable to create an internet presence in one or several target languages. A delivery truck is no longer necessary to successfully spread your marketing message. Once everything is translated, typeset and faultlessly programmed in the usual manner for the target country, dtp-works.de will publish the client's project in up to 90 target languages with just a few clicks. One thing hasn’t changed from the beginning of the website age, however: only the best DTP work, with a faultless, attractive presentation, ultimately finds any resonance with its target audience – and that’s what the meticulous experts at dtp-works.de work towards.About dtp-works_de: DTP-works.de joined the virtual digital revolution in 2009, so the translators, with their experience of DTP as a stand-alone service since its infancy, are experts for all kinds of DTP work in 90 target languages; they know the pitfalls and the modern technical solutions for multi-byte and bidirectional languages. The most up-to-date DTP tools are used for individual documents and client projects.Every client project is subjected to a strict and reliable checking system by a second pair of eyes before it is published. dtp-works.de works quickly, as modern conditions demand, but only as rapidly as is compatible with ensuring top-drawer international standards of quality.Press contact: dtp-works.de Terofalstr. 103 80689 MunichPhone: 089-72609739Email: info@dtp-works.de Internet: http://dtp-works.de/Contact: Peter Rudolph, authorised representative

08-26-2013 | IT, New Media & Software
Bader's Schreib- und Büroservice
DTP works as part of the »virtual evolution« are still incomprehensible
»In your best interest, we at dtp-works.de cannot and do not want to make any mistakes. « © Cited from: dtp-works.de (four-eye principle) http://dtp-works.com/about_us/ These seem like brave words. But the company, literally born on the emergence of the virtual world, knows the reason for this statement. Target markets are flooded by offers “from every corner of the world”. The public is privileged enough to choose. He who makes the least mistakes –
08-26-2013 | Science & Education
Bader's Schreib- und Büroservice
Academic translations by Globale Kommunikation Munich promote international rese …
The linguistic world of science is unique, comparable with the specialist language used in the administrative or legal sectors. Only experts who are professionally at ease in this world can truly extract information from the respective technical terms used. Globale Kommunikation Munich offers the perfect quality in 90 target languages for constructive international exchange through high-quality academic translations. http://www.globale-kommunikation.com/uber-uns/ubersetzer/ When it comes to specialist publications, it is imperative that the vocabulary never
08-26-2013 | Leisure, Entertainment, Miscel …
Bader's Schreib- und Büroservice
Help for self-help with the companion »gambling addiction with pc-/console- and …
»Gambling addiction has grown to a global problem. Children, teenager and adults are themselves affected by the DISEASE or concerned with. « © Quote: Chris Wolker (gambling addiction with pc-/console- and online games) http://www.amazon.de/Gambling-addiction-console--online-games/dp/1471635724/ref=sr_1_cc_3?s=aps&ie=UTF8&qid=1371852571&sr=1-3-catcorr&keywords=gambling+addiction+with+pc-%2C+console- The book touches painful - the innermost weaknesses of each of us. It is a fact that we all have the potential of addiction. Depending on education, environment and personal strength, the one or other is attracted to go
04-10-2013 | Business, Economy, Finances, B …
Bader's Schreib- und Büroservice
With the right professional tools, Japanese translations don’t have to be expe …
»If you want to actively take part in Japan, then on site Japanese translation services are tremendously important for the first steps. « © Quote: Globale-Kommunikation Muncich (Japanese translation services) http://www.globale-kommunikation.com/leistungen/industriezweige/ The »West« is regarded by Japanese as interesting, exotic and often with a tolerant smile. Therefore, a business that wants to provide Japanese with an appealing sample of their products or services has to demonstrate on site to the »East« that it

09-30-2021 | Industry, Real Estate & Constr …
Report Ocean
Toxoid Vaccines Market Outlook, Supportive Judgments | DTP, Polio, MMR
Report Ocean recently published a new report on the Global Toxoid Vaccines Market. The study has an in-depth analysis of the forecast period from 2021-2025. The report reveals a comprehensive picture of the Toxoid Vaccines Market situation, taking into consideration all major trends, market dynamics, and competitive factors. Additionally, the report contains key statistics concerning the Toxoid Vaccines Market situation of the leading key players, key market trends, and potential
06-17-2021 | Health & Medicine
Allied Market Research
Diphtheria, Tetanus and Pertussis (DTP) Vaccine Market On Position to Cross $7.0 …
Global Diphtheria, Tetanus, and Pertussis Vaccine market was valued at $ 4,758.8 million in 2019 and is expected to reach $ 7,054.4 million by 2027, with a CAGR of 5.1% from 2020-2027. The DTaP segment accounted for major market share in the total DTP vaccine market in 2020. Download Report Sample PDF @ https://www.alliedmarketresearch.com/request-sample/3810 The key factors such as rise in demand for DTaP vaccine and growth in adoption of
12-21-2020 | Business, Economy, Finances, B …
Beyond Wordz – Website Translation Services
BeyondWordz brings exclusive DTP localization services for global marketing exer …
BeyondWordz, a brand of Shakti Enterprise for website localization, also offers exclusively designed DTP localization services for clients so that they can take their brand and marketing materials to any part of the world. Needless to say when DTP products are available in multiple languages, it becomes easy for any company to target audiences or customer base at any part of the world. Coming from the company that has more
08-03-2020 | Health & Medicine
Allied Market Research
Positive Impact Of COVID 19 On Diphtheria, Tetanus and Pertussis (DTP) Vaccine M …
According to a new report entitled “Diphtheria, Tetanus and Pertussis (DTP) Vaccine Market by Product, Age Group and End User: Opportunity Analysis and Industry Forecast from 2020 to 2027” by Allied Market Research, the tetanus and whooping cough vaccine market is It is expected to reach $7,0544 million by 2027 with an average annual growth rate of 5.1% in 2020-2027 at $4,758.8 million in 2019. The DTaP segment occupied a
08-26-2013 | IT, New Media & Software
Bader's Schreib- und Büroservice
DTP works as part of the »virtual evolution« are still incomprehensible
»In your best interest, we at dtp-works.de cannot and do not want to make any mistakes. « © Cited from: dtp-works.de (four-eye principle) http://dtp-works.com/about_us/ These seem like brave words. But the company, literally born on the emergence of the virtual world, knows the reason for this statement. Target markets are flooded by offers “from every corner of the world”. The public is privileged enough to choose. He who makes the least mistakes –
08-01-2011 | IT, New Media & Software
ContentServ GmbH
Web-based DTP-Workflow with Contentserv’s InCopy Connector
Rohrbach/Ilm, Germany, July 07, 2011: Adobe’s® InCopy® Workflow, loved by so many distributed editorial teams, is now incorporated into Contentserv’s publishing process via Contentserv’s new InCopy Connector. This combines the benefits of Adobe’s excellent plugin with the advantages of centralized, web-based collaboration, without requiring a local installation of InDesign®. Beginning with Contentserv’s latest version, CS11.2, the new InCopy Connector will be available to all Contentserv users using the InDesign® Webeditor. With
Comments about openPR
9 o'clock: discuss press release with client, 10 o'clock: submit release to openPR, within the briefest possible time release is published and displayed in a prominent place on openPR.de. I am thrilled!
Zehra Spindler, Calypso Now! - Communication Agency