FienXSol is a Songwriter, MC and Producer & She Is Releasing A Song To The World Called “Snake Charmer” 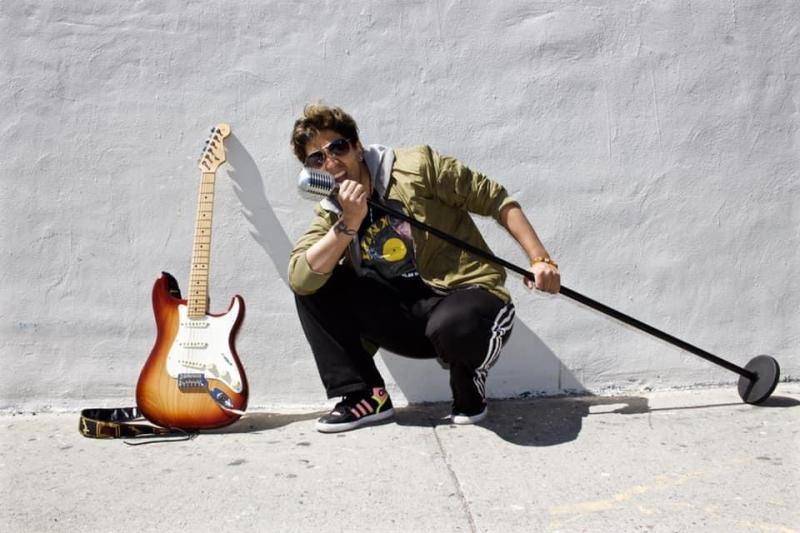 FienXSol is a songwriter, MC and producer hailing from Queens, NY with a unique ability to fuse Hip Hop, Rock, Pop and Electronic music. This delectable sound sets her apart from the current trends in music. Lyrically and musically. FienXSol sounds like no other.FienXSol was born in La Paz, Bolivia and grew up there until the age of 10. She began writing poetry at an early age and found the perfect marriage for her words in Rap Music. Drawn to music from an early age, she recalls being glued to the radio, listening to contemporary Latin music, Disco, Traditional Bolivian Music and Pop. Memorizing songs was a favorite activity. She did not discover Rap Music until her arrival in New York City at the age of 11. She enrolled in a Catholic School in the Hell’s Section of Manhattan. Although the language barrier initially made her an extrovert, she found refuge in music once again. Rap and Rock were her pillars of support as she continued to study and assimilate to a new culture. The Rock and Rap fusion brought forward by Aerosmith and Run DMC with their smash hit “Walk this Way” sparked an early interest in FienXSol to create music that challenged the norm.In College, FienXSol met Chris Sibilla, an aspiring producer who took her under his wings and taught her music production. She began listening to Jazz, Blues, Classical and started collecting records. This new found hobby was the spring board to yet another ramification of her love for music…DJ’ing. She had a huge record collection long before she was able to afford a pair of turntables. She began practicing the art of DJ’ing, focusing on good blends and finding new music to present to her audience.In 2001, she recorded and submitted a track to DJ Alex ‘Flash’ Takasaki from Toronto, Canada. Impressed by her lyrics and flow, he included her track, produced by long time friend Chris Sibilla, in his 2001 mixtape. In 2003, she landed the job of MC for the eclectic drum & bass group SUISSE MODULAR. In 2004 they released their debut EP “Fly Me to the Lunar” on Galactic Dust Records and were met with great reviews. The band implemented sounds that are current in today’s EDM music, incorporating hints of Hip Hop atop layers of smooth vocals sang by Swiss artist San.Drine.Name-Fienx Sol Email-fienxsolmusic@gmail.comCurrently, FienXSol is poised to rise once again. She is working on her debut solo album and has released various singles. Her songs are vibrant, interpolating Rock, Pop, Hip Hop and Electronic music, with her unique style of harmonizing and rhyming. Her musical influences include Bob Marley, Linkin Park, Kanye West and The Roots. There is never a dull moment in FienXSol music.https://instagram.com/fienxsol?utm_medium=copy_link https://www.facebook.com/Fienxsol-104253271666195/ https://youtu.be/R4dUHnLkv7c https://open.spotify.com/album/0R9Y6mDJKOdSPAeGWcerbh?si=QhJmjw-9TNOaD3qc_fokHQ

You can edit or delete your press release FienXSol is a Songwriter, MC and Producer & She Is Releasing A Song To The World Called “Snake Charmer” here

05-18-2020 | Advertising, Media Consulting, …
LP Information
Aluminum Sol Market Size, Share, Development by 2025
LP INFORMATION recently released a research report on the Aluminum Sol market analysis, which studies the Aluminum Sol's industry coverage, current market competitive status, and market outlook and forecast by 2025. Global "Aluminum Sol Market 2020-2025" Research Report categorizes the global Aluminum Sol market by key players, product type, applications and regions,etc. The report also covers the latest industry data, key players analysis, market share, growth
03-14-2018 | Advertising, Media Consulting, …
Research Trades
Global Sol-Gel Coatings Market Size and Growth 2025
In this report, The Global Sol-Gel Coatings Market is valued at USD XX million in 2017 and is expected to reach USD XX million by the end of 2025, growing at a CAGR of XX% between 2017 and 2025. Request for free sample at https://www.researchtrades.com/request-sample/1464338 Geographically, this report is segmented into several key Regions, with production, consumption, revenue (million USD), market share and growth rate of Sol-Gel Coatings in these regions,
01-24-2017 | Industry, Real Estate & Constr …
TMR – Research Reports
Sol Gel Nanocoating Market: Global Industry Analysis 2023
In order to enhance products and add new properties to the existing technology, an increasing number of manufacturers are opting for sol gel nanocoating, thus driving their market. Sol gel nanocoating coats materials with a layer of nanocomposites and structured materials. This chemical way of coating substrate, can be used for a wide range of nanotechnological products and thus, a large number of manufacturers are preferring sol gel nanocoating technology.
06-05-2012 | Energy & Environment
Sol Inc.
Sol Teams Up With Chip Ganassi Racing Teams
Racing Team Replace Outdoor Lighting with Solar LED Lighting Palm City, Fla., U.S.A., May 31, 2012 – Sol Inc., the leading provider of solar and LED outdoor lighting solutions, is pleased to announce they have partnered with Chip Ganassi Racing Teams, Inc to lead the way for increased energy conservation in the racing industry by upgrading the team’s outdoor lighting at both their Indianapolis and Concord, NC race shops to much
09-24-2010 | Business, Economy, Finances, B …
Sol Potion
Sol Potion™ Offers Businesses Education On The Sunless Tanning Industry
Sol Potion™ Offers Businesses Education On The Sunless Tanning Industry Birmingham, MI, September 10, 2010 – Sol Potion™ (http://www.solpotion.com) creator of sunless tanning solutions, is pleased to announce an update to their website which will include increased airbrush tanning educational information for the airbrush technician. “There is a lot of inaccurate information floating around in the sunless tanning industry and that is the reason for the added focus,” says Lori
05-17-2010 | Industry, Real Estate & Constr …
SOL Inc
SOL Inc Upgrades its ISO Certification to ISO 9001:2008
Palm City, Fla., U.S.A. - SOL Inc is pleased to announce that the firm has renewed and upgraded its ISO Certification to ISO 9001:2008. While previously ISO 9001:2004 certified, SOL Inc invested in the upgrading of its quality standards and procedures at the start of 2010. A recent National Quality Advisors (NQA) audit revealed that the firm’s efforts have paid off and SOL Inc is now in compliance
Comments about openPR
We publish our press releases on openPR.de because we like people who are "open" - just like us.
Frank Obels, CEO, INCONET - Informationssysteme, Communication und Netzwerkberatung GmbH