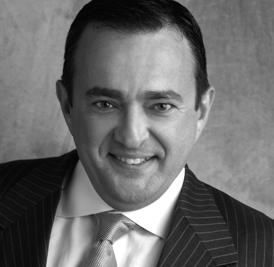 HOUSTON – Accomplished attorney John Zavitsanos, a founding partner of the Houston complex commercial litigation and intellectual property firm Ahmad, Zavitsanos, Anaipakos, Alavi & Mensing P.C., or AZA, is being recognized for providing superior client service based on a recent survey of top corporate counsel at U.S. companies.BTI Consulting Group, a 20-year-old Massachusetts-based polling and analysis firm, conducted the survey of 240 general counsel at Fortune 1000 companies to identify the BTI Client Service All-Star team, “an elite group of attorneys nominated solely by clients in an objective, independent study as the very best in client service.” Mr. Zavitsanos was nominated by a Fortune 500 corporate counsel and was one of only 307 attorneys nationwide named for their client service.“It’s gratifying to see we are getting it right with our clients,” says Mr. Zavitsanos. “Last year, BTI’s corporate counsel poll recognized AZA on the client service A-Team after we were named ‘awesome opponents’ a year earlier.”Mr. Zavitsanos and other members of The BTI Client Service All-Star Team were honored for combining “exceptional legal expertise with practical advice, business savvy and creative, effective solutions – all of which help make clients’ lives easier.” Only 13 lawyers from Houston were honored for client service, most of whom work at far larger firms than AZA.The Best Lawyers in America has named Mr. Zavitsanos as one of the top attorneys in the country for eight consecutive years. He also has been recognized in the Texas Super Lawyers list since 2003, including earning repeated recognition as one of the state’s Top 100 lawyers. Mr. Zavitsanos also has been Board Certified in Civil Trial Law since 1997 by both the Texas Board of Legal Specialization and the National Board of Trial Advocacy.Ahmad, Zavitsanos, Anaipakos, Alavi & Mensing P.C., or AZA, is a Houston-based law firm that is home to true courtroom lawyers with a formidable track record in complex commercial litigation, including energy, intellectual property, securities fraud, construction and business dispute cases. AZA is recognized by U.S. News & World Report and The Best Lawyers in America as one of the country’s best commercial litigation firms in the 2013 listing of the nation’s leading law firms. AZA has been hired on many occasions by the same companies the firm has prevailed against at trial. Read more at http://www.azalaw.com.John Zavitsanos Ahmad, Zavitsanos, Anaipakos, Alavi & Mensing P.C., or AZA 1221 McKinney Street, Ste 3460 Houston, TX 77010