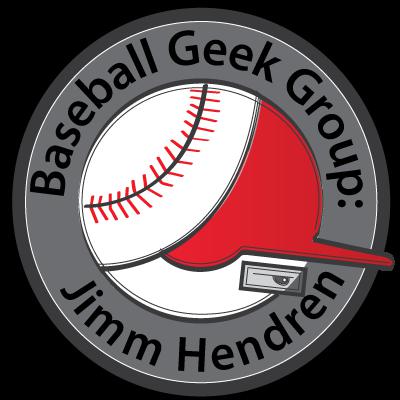 Baseball was first introduced to Cuba in 1860s by students who returned from the US and also from Western sailors docked in the nation. It quickly became popular and was spread widely. In 1878, the Cuban League was established composed of 3 teams — Mantanzas, Habana, and Almendares — each playing 4 games. At first, players were all whites and amateurs but professionalism soon emerged as rivalry among teams strengthen. The Cuban Revolution in 1959 resulted significant changes that reached the sports community. Baseball was chosen as the sport that symbolizes Cuba’s nationalism after the revolution. (Since the 19th century, baseball has already served as a symbol of Cuban pride.) After the revolution concluded, guerilla leaders joined in exhibition matches in baseball as symbolic gestures. The 1960s also saw the replacement of pro baseball system with the Cuban National Series, an amateur baseball league. This is to encourage post-revolutionary games that depend on national ideals and not montery gain. During the same period, Cuba’s government created the INDER (Institute for Sports, Physical Education and Recreation). This agency handled the physical education functions and the coordination of everything related to sports and served as a driving point in prioritizing success in sports games. Cuba’s eventual succss in the international sports scene put the revolution at the forefront and became a symbol of its triumph. Participation in sports was made essential as part of the revolutionary activity. Baseball still played a key role even after the revolution, along with soccer and boxing.The government encourages its people to pursue sports albeit for a more political reason. Although it can be argued that sports really serve as a factor in improving health, it can also be surmised that games serve as training grounds for citizens in the area of self-defense. From the outside, everything seemed good. However, when the professional system was removed to make way for amateur leagues, players ended up not getting paid enough. Prominent players only made an average of USD 2,000 per year. The situation got worse with Russia’s collapse in the 90s. Because of this, a number of players defected to the US for more rewarding opportunities. During this time, the sports scene in Cuba was also marred by bribery scandals which saw players and coaches fixing games and getting suspended as a result.Just an ordinary guy who can’t get enough of watching countless baseball games and reading every imaginable baseball books but stopping short of playing the sport myself.Baseball Geek Group: Jimm Hendren is not only meant to be an exhaustive reference for anything about baseball but also as a community for fanboys like me. Simply put, I made this just to share the baseball love and encourage people to be involved, or at least get interested, in this amazing sport. Everything here is what I’ve learned through the years, supported of course by facts from various sources.Paseo Quince de Mayo, 2 Madrid, Spain 28108 +34 91 560 4567

You can edit or delete your press release Baseball Geek Group: Jimm Hendren│Baseball in Cuba here

08-08-2019 | Tourism, Cars, Traffic
Maqui Cuba Travel
It’s still legal to visit Cuba; $845 USD discounted Cuba Fam trip offered to a …
It’s still legal to visit Cuba; $845 USD discounted Cuba Fam trip offered to all travel industry professionals Most sellers of travel are not aware that it is still legal to visit Cuba under the US Treasury Department’s Support for the Cuban People (§515.574) license. And Maqui Cuba Travel is spreading the word with an $845 Cuba FAM (familiarization) trip available through 2020. Most Fam trips are accessible only to
02-11-2019 | Advertising, Media Consulting, …
MarketResearchReports.com
Cuba widens reach of 3G services
New research on Cuba’s telecom sector (https://www.marketresearchreports.com/paul-budde-communication-pty-ltd/cuba-telecoms-mobile-and-broadband-statistics-and-analyses ) remains a peculiarity, with state control having stymied rather than promoted the development of all sectors. The country has the lowest mobile phone and internet penetration rates in the region, while fixed-line teledensity is also very low. Fixed-line and mobile services remain a monopoly of the government-controlled Empresa de Telecomunicaciones de Cuba (ETESCA Cubacel). Although there are strict state restrictions over the right
06-29-2017 | Fashion, Lifestyle, Trends
MarketResearchReports.biz
Cigarettes in Cuba, 2017 Published By MarketResearchReports.biz
MarketResearchReports.Biz presents this most up-to-date research on "Cigarettes in Cuba, 2017" Description "Cigarettes in Cuba, 2017" is an analytical report by GlobalData that provides extensive and highly detailed current and future market trends in Cuba. Cuba is the largest island in the Caribbean and one of the larger markets for cigarettes in the region. Since the early 1990s, cigarette sales have been affected by a combination of local production problems, the erratic performance
03-23-2017 | Tourism, Cars, Traffic
Explorations Inc
Explorations announces 2018 Cuba Cruises
The adventure tour company, Explorations has announced the 2018 schedules and rates for three yacht cruise programs in Cuba. They are all People-to-People Cuba programs open to United States citizens. The itineraries explore the western part of the island nation, which is famous for its culture, music, warm people, and art with day tours while sailing from Havana to Cienfuegos. Each day passengers will discover a new port of call,
01-03-2017 | Advertising, Media Consulting, …
PromoQuip Inc
Plinko Board Shipped to Cuba Highlights International Opportunities
PromoQuip Plinko Board ordered to celebrate Jet Blue’s direct flights to Cuba; Michigan manufacturer’s multi-language website key to continued expansion in global marketplace Cedar Springs, MI; January 3, 2017 – PromoQuip, a leading designer and manufacturer of custom promotional equipment recently shipped their first order to Cuba. The custom Plinko Board was ordered by Jet Blue, to celebrate being among a small group of air carriers authorized to provide direct
09-06-2011 | Fashion, Lifestyle, Trends
Pegasus Spiele
Pegasus Spiele publishes „Santiago de Cuba“
Friedberg/Hamburg, September 5th 2011 – „Santiago de Cuba“, the new board game from eggertpiele will be published by Pegasus Spiele in time for SPIEL 2011 in Essen. Starting September 1st , all distribution and communication duties are being handled by Pegasus Spiele, which takes over from their business partners at AMIGO Spiel + Freizeit GmbH. At this October's SPIEL eggertspiele will be presenting „Santiago de Cuba“ at their booth. „We are
Comments about openPR
We publish our press releases on openPR.de because we like people who are "open" - just like us.
Frank Obels, CEO, INCONET - Informationssysteme, Communication und Netzwerkberatung GmbH