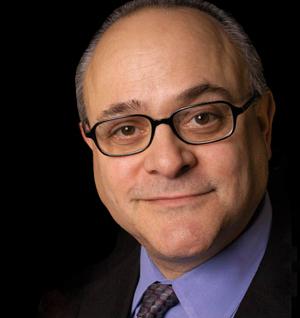 On February 26th, 2013, nationally respected fathers’ rights attorney Jeffery M. Leving will address the National Fatherhood & Families Conference on the rights of incarcerated fathers. The conference is an annual event sponsored by the Fathers & Families Coalition of America, a national organization devoted to the needs of fathers and children.The conference, now in its 14th year, will be held in San Francisco over four days, with important figures from politics, government, healthcare, and education giving addresses on fatherhood issues. Mr. Leving was the conference key note speaker in in 2008, and this fall President Barack Obama awarded the National Call to Service Award to the fathers’ rights attorney for his work with the coalition. “Children are the future of our society, and incarcerated fathers have children of whom this is no less true,” Leving notes. “Imprisoned fathers are responsible for most of the 1.5 million minor children of incarcerated parents. We need to break the cycle of criminality through positive father-child involvement because the most reliable predictor of crime is neither poverty nor race, but growing up fatherless.” Leving will present with Washington, D.C. Judge Milton Lee on the “Fathering Court Initiative” a program that helps men with criminal histories reduce child support arrears during imprisonment, secure fathers’ rights to reconnect with their children, and find employment after their incarceration. The program supports formerly incarcerated fathers with a year of fatherhood education classes to help them become strong co-parents, which greatly reduces the likelihood of repeat criminal offenses. It also diverts men with lesser offenses from the prison system entirely if they commit to graduate from the program.The program has enjoyed impressive success with the men it has helped thus far. This fall it received a Bright Idea award from Harvard University, and the Justice Department will initiate a national program with “Fathering Court” as the blueprint.Jeffery M. Leving first became nationally known as fathers’ rights attorney working on cases involving Elian Gonzalez and a host of well-known athletes and politicians. He is the founder of the charity, The Fatherhood Educational Institute, which developed the pilot program for incarcerated fathers which “Fathering Court” models. For more information on Jeffery M. Leving’s pursuit of justice, contact the Fatherhood Educational Institute (www.fatherhood-edu.org) at (312) 795-9060.Built upon our passion for the health and welfare of the family and for producing highly effective legal representation for fathers, the Law Offices of Jeffery M. Leving, Ltd., is a nationally-recognized family law and fathers’ rights advocacy firm with three core areas of client service: family law, divorce and child custody.The Law Offices of Jeffery M. Leving, Ltd. 19 South LaSalle Street, Suite 450 Chicago, IL 60603