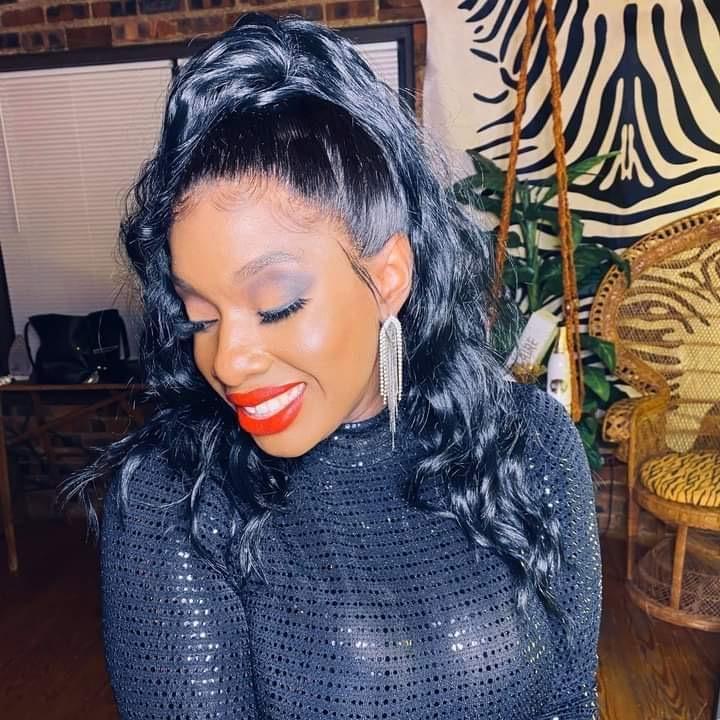 EUGEE is the latest rising talent to come out of New Orleans. Far from the traditional artist, EUGEE is a full-time medical doctor who has served valiantly on the frontlines against the COVID-19 pandemic. She put her music aspirations aside to focus on helping the community, but now, EUGEE is ready to showcase her creative talents to the world.Growing up as a plus-sized Nigerian-American female, EUGEE faced a lot of challenges early on, often teased about her body frame and eloquent speech. There was a strict focus on education in her household, and EUGEE missed out on hanging out with friends to focus on school. The time that she spent alone in her room studying or reading led her to discover the joy of music.Songs on the radio inspired EUGEE to envision a future where she also expressed herself freely through music. Heavily influenced by the pop culture of the ‘90s and early 2000s, EUGEE was decidedly focused on becoming a pop star. Early on however, she was highly critical of her own vocal abilities and decided to focus on writing poetry and expressing her emotions through lyrics until she developed her soulful signature sound. As a New Orleans native, EUGEE hails from a background deeply rooted in music. She first took her talents to the stage at the age of 16, forming a band with her classmate Sam Craft (of Sweet Crude) and other friends from high school. Embracing the “Rock n’ Soul” genre, the group quickly grew in popularity and played in packed venues. However, Hurricane Katrina’s impact on the community led the group to seek other opportunities.The artist moved to Chicago to attend Loyola University Chicago for her undergraduate studies. Quickly falling in love with the city’s vibe, she started singing in jazz clubs around town. Influenced by the Chicago house music scene, she re-emerged under the dance/pop genre and became known as “EUGEE”, creating music with another friend and college classmate from New Orleans dubbed Simoneaux who produced eclectic beats that paired perfectly with EUGEE’s unique voice. She was determined more than ever to follow her passion—but following her mother’s wishes, she began her medical school journey.Artist Name-EUGEE Email-eugeemusic@gmail.comhttps://open.spotify.com/track/1xCVGNIBZBLXotToVyTsnC?si=R-bAwBuhRTWa52hwdIC5_Qhttps://youtu.be/TIMTVUNMmE0https://open.spotify.com/track/36e4lDnGLMdyxOJe45iy0L?si=Q9_98eapRwqx3W-aSDXzjQOnce again, EUGEE put her music dreams on hold. She successfully graduated with her Doctor of Medicine degree in 2015 and completed her residency in Internal Medicine in 2018. Given the high stress levels of medical school and residency, EUGEE returned to the therapeutic comfort of music to prevent herself from being overwhelmed by the hectic workload. Today, EUGEE is a practicing physician of Internal Medicine and is board certified in Lifestyle and Culinary Medicine. In addition, she completed a fellowship in Sleep Medicine in June 2021. EUGEE hopes to inspire people to awaken their inner passion and rise above life’s difficulties. She shares her story and music to empower women and show people that it’s possible to juggle multiple careers—in her case, the medical and music professions. Evident in the catchy hit songs EUGEE consistently releases to her fans old and new, she undoubtedly continues to let her creativity shine. EUGEE is a true leader, exemplifying that it’s never too late to pursue one’s passion!