Is the word "Nappy" offensive? 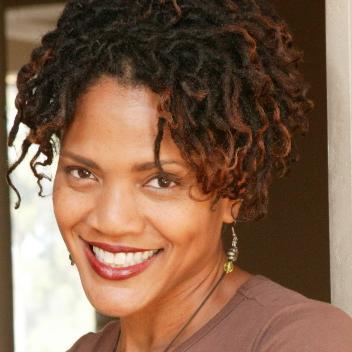 Is the word “nappy” offensive? Trisha R. Thomas, author of Nappily Ever After(Random House) and newly published Nappily Married (St. Martins) answers the question.1. How did you get started on the subject of hair? Why hair as the basis for your first novel?I wanted to understand the history of our hair starting in 1800's out of sheer frustration. My daughter came home from school in tears from being teased with the dreaded "nappy head" comment. I couldn't believe the same hair war, (good hair versus bad, curly versus nappy) was still happening from when I was a kid. I ended up with a 400 page hair-history starting with slavery having our heads forcibly dunked in vats of lye making the hair fall out because the Europeans thought it was unclean and unsightly. The non-fiction was less than entertaining. So I started with the fiction side, trying to incorporate a good story. I’d never written a novel but always had the desire. I spent another year rewriting with my own experiences and that's how my character Venus was born. 2. Have you been surprised by the response to it? I knew how hair affected everyone on some level, but not to the point of getting Thank you’s for changing my life. That's when it hit me how truly deep and painful our hair roots go. I wanted to marry the words nappy with happily ever after to show pride and acceptance so it would stop hurting when the word was used.3. You must be so excited about the upcoming movie. Talk about the experience of turning your book into a movie?Nappily Ever After becoming a film and starring one of the biggest Hollywood actresses of our time is surreal. It's somewhat overwhelming and I just do my best not to get stuck on the cloud, floating around instead of writing, which is what pays the bills.4. You've gotten some criticism for Halle Berry as the lead. Tell me about that.The word 'nappy' is a dual edged sword. Some think it's a terrible word and should be banned from planet earth then the pendulum swings all the way over to folks who believe you have to earn your privilege to have a 'nappy membership card'. I’ve been asked, 'what do you know about nappy', as if I couldn't possibly be allowed in the club. Once again this goes back to the good hair, bad hair wars in the school yard. Little black girls stand around and rate each other by hair texture creating a pecking order. The finer hair gets you teased because you’re not authentically black enough. The coarse hair gets you teased because you’re too nappy. Both sides of the spectrum hurt. As adults, I don't think this pain ever goes away. Because Halle Berry doesn't have the coarse grade of hair mostly associated with the word, she's not supposed to understand, but she understands perfectly. She’s the one who initiated this film project as the producer. She knows exactly what we’re all dealing with, the complex relationship we have with our hair. It always starts at a very early age and until we learn how to stop the cycle, it will never end.5. Tell us a little about Nappily Married.Nappily Married continues the story of Venus. She's a stay-home wife and mother happy finally to have the man of her dreams until her ex-fiance comes along and offers her a great PR job. Of course her husband doesn't approve of her working with her ex. Venus is too headstrong to turn down an opportunity to get back into the fold. Her ambition puts her toe to toe with the woman who stole her fiancé from her in the first place. Now she's more than determined to get back what she's lost, the career or the ex, the line becomes blurred. I can't wait to hear how people feel about the ending of this one. I got a lot of flack for ending Nappily Ever After the way I did, it's going to be interesting.RM Public Relations 5225 Canyon Crest Dr. Ste 71-429 Riverside, CA 92507 Contact: Rena Logan (619)368-4187Trisha R. Thomas is the national best selling author of the Nappily series. Nappily Ever After was a finalist for the 32nd NAACP Image Award for Outstanding Literary Work. Her novels have been well regarded in O Magazine, Entertainment Weekly, The Washington Post, Cosmopolitan, and Essence Magazine. She was recently a featured analyst on CNN-Paula Zahn and Headline News. Her newest novel Nappily Married(St. Martins) is the third in the Nappily Series, a brilliant, funny, black girl power story.

You can edit or delete your press release Is the word "Nappy" offensive? here

News-ID: 25200 • Views: 2718
Comments about openPR
We publish our press releases on openPR.de because we like people who are "open" - just like us.
Frank Obels, CEO, INCONET - Informationssysteme, Communication und Netzwerkberatung GmbH