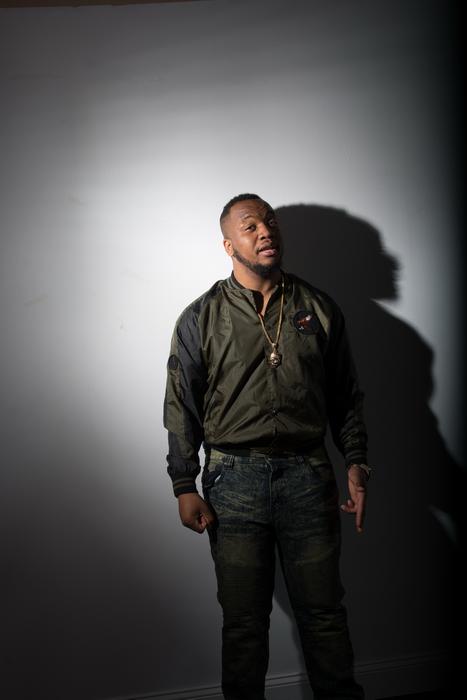 Young Zealous is an acclaimed Hip Hop Artist. Who started his journey of becoming a Christian Rapper when being introduced to a guy named Sheldon Williams and Chris Chiarino at a church called East Grand. Zealous had always knew how to rap since middle school. over 15 years of multiple shots to show case his talent Zealous began to see that he could maybe one day make it .Zealous had practice in the studio at the bible studies at Sheldon's and Chris's bible study group called Round IV.With the combined experiences of rapping in the bleachers in middle school, rapping in front of a crowd downtown Zealous tried to apply himself to maybe making a living as a professional Rapper. Zealous was a known artist drawing pictures for people in his High school and Middle school. Zealous came up with the name when he saw the fire in Jesus in the bible in the temple. Zealous was always energetic and wanted his group who he would say is just as good as the christian rap group 116 clique. Zealous seemed to push and upload his mentors music and the better rappers in the group and saw they were not doing enough to one day make it. So Zealous went to school to learn how to make music videos for them so that one day they can make it with how good they were as rappers. Zealous Filmed the first Music Video called God is faithful. Zealous know recognized he couldn't be both videographer and Rapper because it was overwhelming. Zealous stopped editing videos for his group to rap. With no experience on how to make a chorus and not even knowing how to count bars, Zealous prayed hard to God about blessing him with the ability to make songs. Zealous would rap whole songs in his garage after dancing to lose weight and then record on his garage band. Zealous began seeing professional success around 2018, with the release of his first critically acclaimed work Zealeology.Artist Name-Young Zealous Email-youngzealousyz@gmail.comOvercoming countless obstacles on the way up, and continue to work hard each and every day to keep their musical journey moving forward.https://youtube.com/user/TheSyquondo1?sub_confirmation=1 https://m.youtube.com/watch?v=bmSj_Dc73dI https://youtu.be/zZI1qLkdX3Q