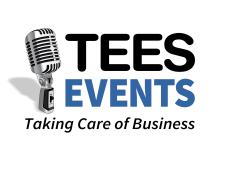 Europe’s Tribute to Elvis to showcase two Ultimate Elvis winners Ben Portsmouth and Cody Ray Slaughter to perform at the three day festival at the Hilton Hotel, Blackpool. Tees Events present the first annual Europe’s Tribute to Elvis® festival and championship which will take place at the Hilton Hotel, Blackpool on the 5th – 7th July, 2013. The event will feature showcases from Ben Portsmouth, the current Ultimate Elvis worldwide champion, and Cody Ray Slaughter, the 2011 Ultimate Elvis winner. The Ultimate Elvis Tribute Artist Contest was inaugurated in 2007 by Elvis Presley Enterprises and there have been six winners since. Europe’s Tribute to Elvis is the first event in Europe to include performances by two winners of this prestigious title. Other acts to feature at the event include Keep it Cash (a brilliant Johnny Cash tribute, chosen by 20th Century Fox as the voice of the Man in Black at the launch of “Walk the Line”); Mike Nova (a well-established Elvis tribute who will be performing his award-winning “Elvis: The Hollywood Years” show); and Ciarán Houlihan (the 2012 European Elvis Champion who will be performing in the “Spirit of the King” gospel show). Joining the musical line-up are some incredible special guests. Marlyn Mason is a well-known actress who has appeared in a vast range of film and TV, including a starring role alongside Elvis in “The Trouble with Girls.” Dan Haggerty, best known for his portrayal of John “Grizzly” Adams, has a showbiz career spanning almost 50 years and was a good friend of Elvis. Finally, Charles Stone was Elvis’ concert tour producer throughout the 1970s and travelled with him and Colonel Tom Parker on Elvis’ plane: ‘The Lisa Marie.’ All of the special guests will be included on the judging panel of the event’s Elvis tribute contest, which is sanctioned by Elvis Presley Enterprises as an official preliminary round to the Ultimate Elvis Tribute Artist Contest. The winner of the Europe’s Tribute to Elvis championship will not only claim a £3,000 cash prize, but will also go on to represent the event at the finals of the Ultimate Elvis Contest during August’s Elvis Week in Memphis.Http://www.europestributetoelvis.co.ukAs part of the Tees group of companies, Tees Events is dedicated to bringing high quality events to you – from music, festivals and comedy to sporting events, theatre and corporate events whilst recognising the impact we make on society, the economy and the planet – we seek to make a positive impact in the places we operate. With over 37 years combined experience, Tees Events are able to provide an exceptional “End to End” service from inception to delivery and beyond.Tees Events Ltd Suite 32 DTV Business Centre Orde wingate way Stockton Cleveland TS19 OGD enquiries@teesevents.co.uk

02-08-2013 | Leisure, Entertainment, Miscel …
Tees Events Ltd
Ultimate Elvis Ben Portsmouth to appear on CBS Late Show with David Letterman
Tees Events is proud to announce that Ben Portsmouth will be performing on CBS' Late Show with David Letterman on Friday, 8th February. Ben Portsmouth, officially the ‘Best Elvis Presley Tribute Artist’ globally and winner of the Elvis Presley Enterprises Ultimate Elvis® Tribute Artist Contest™ 2012, will be appearing will be rounding-off the show’s “Can’t Help Falling in Love with Elvis Week” – a week or performances from the