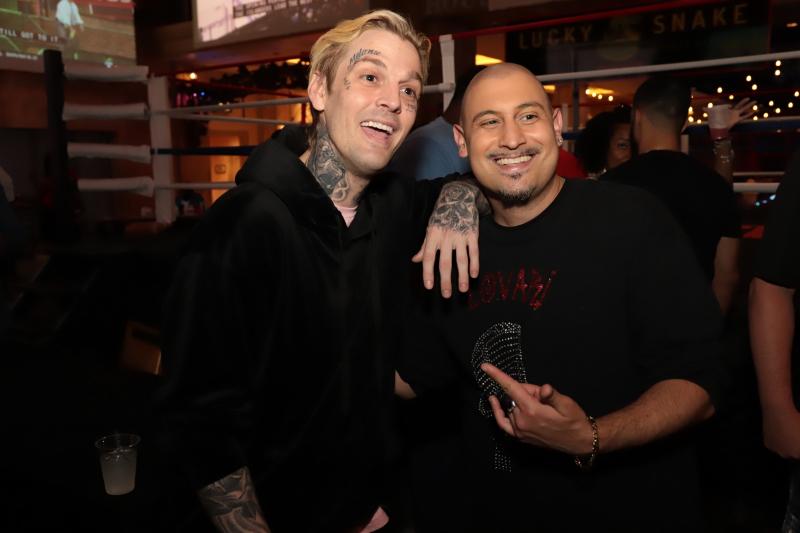 Billboard singer & actor Lovari says there's "No Holding Back", like the title of his album, when it comes to those trying to shame him for his fetishes. In a bizarre Instagram rant, complete with hashtags of F**kYou, he shares an expletive laden story post condemning personal conversations of unnamed sources of people who allegedly belittled him about his desires and fetishes. The post includes a screenshot of a blog written by an assumed ex-lover, spilling details about their romantic experience with Lovari. Claiming that he "will not be shamed" and proclaiming to be a "freak and proud", the singer then posted two s&m bondage photos of himself, photographed by renowned artist and activist Luna Ortiz, taken when Lovari was 18 years old. Reactions on the Instagram post were mixed. One user commented, "Nobody can shame you if you claim your own truth. You go boy!", while others claimed the singer was "so desperate for attention".The shift in gears from a recurring National Anthem singer to provocateur was first seen last month, during a performance of his song "Keep It Moving" at Celebrity Boxing in Atlantic City. At one point, the singer gave the crowd the middle finger and then pointed it down towards his crotch.This is not the first time that Lovari has promoted sensual themed projects. In 2015, he teamed up with former adult actress and television icon Robyn Byrd to record "Touch Me", which reached the iTunes Electronic Chart. A year later, he co-produced two titles for adult film company Original Latino Fan Club. Later this year, his aforementioned song "Keep It Moving" will be featured in the #nude# themed comedy "Modest Male Exposure". His most recent Instagram post mentions a forthcoming magazine interview with legendary erotic director Chi Chi LaRue, and an unnamed music video directed by another former renowned adult film director Brian Brennan.Diana Nettey Wish Upon A Star Promotions 34wishpr @ gmail.comLovari's latest "Celebrity Boxing" Atlantic City performance can be seen here: https://youtu.be/WCnEqlvCtNcSee the controversial online post here: http://www.instagram.com/lovariofficial