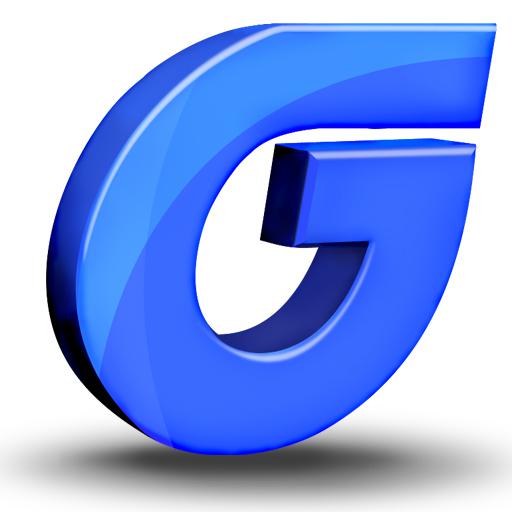 “Excellent software is alive, its birthday will never be its end, but be more outstanding via developers’ decoration” – Director of Product Development said that while an extended version GstarCAD2012 EX was finished. It has been a year since the birth of GstarCAD2012; it is still energetic now, and has continued to be enhanced by the latest technology and market requirements. At present, as the release of GstarCAD2012 EX, its competitiveness will emerge gradually in the future.As we know, GstarCAD2012 Extended Version is an innovation during the life circle of software by Gstarsoft with the purpose to provide better design experience and wider software choice. GstarCAD2012 EX not only inherits many excellent functions of original version but also improves the performance, extended functions and etc.1. FasterGstarCAD2012 EX did the optimization and functional improvement to .dwg. The processing power of large drawings such as topographic maps was greatly improved; the actual test result tells us the speed of reading and operation were promoted as much as 50%.2. More powerfulTo meet the requirements of users, several express tools were added into GstarCAD2012 EX. These tools were designed for the actual needs of users, including Aligntool, Arrangetool and Changetext etc.; the vexed problems often encountered by designers are effectively solved and designing operational procedures are simplified perfectly. (For more information please go to: www.gstarcad.net)3. More stableGstarCAD2012 EX inherits the strong stability of GstarCAD2012. During the practical application, Gstarsoft has been constantly collecting feedbacks of users and doing enhancement, the high stability is finally realized.In order to meet the requirements of users, Gstarsoft releases GstarCAD2012 EX instead of GstarCAD2013, because GstarCAD2012 EX is not only lower cost but also meets the requirements of users. The software presents the attitude of “based on quality with continuous improvements” and the ideal of “users-centered”. In the future, Gstarsoft will make more perfect CAD software, a bunch of surprises will be brought to users by GstarCAD.Suzhou Gstarsoft Beijing Branch 5/F Unit C, Building 201, No. A10, Jiuxianqiao North Road, Chaoyang District, Beijing, Beijing, 100015, China Tel: +0086 10 57910609 Fax: +0086 10 57910629 http://www.gstarcad.netFounded in 1992, Suzhou Gstarsoft Co., Ltd is the leading provider of 2D/3D CAD software and solutions for the industries. With more than 18 years of proud history of technology innovation and practical application, the company is dedicated to providing fast, powerful and DWG-compatible CAD software for customers and partners worldwide.Suzhou Gstarsoft Beijing Branch 5/F Unit C, Building 201, No. A10, Jiuxianqiao North Road, Chaoyang District, Beijing, Beijing, 100015, China Tel: +0086 10 57910609 Fax: +0086 10 57910629 Email: mengxk@gstarcad.com http://www.gstarcad.net

03-06-2013 | IT, New Media & Software
GstarCAD
Express Tools of GstarCAD 2012Extended Version—Align Tool
Recently, Gstarsoft released GstarCAD2012 Extended Version; a lot of practical tools were added into the Extended version, Align Tool is one of them. If the drawing was not located precisely, the Align Tool is the best choice for the entities alignment. Simplicity, practical and fast are the features of Align Tool, the tool can align all kinds of entities in CAD drawings, such as: rectangle, circle, line, spline, arc, pline, block
03-01-2013 | IT, New Media & Software
GstarCAD
Express Tools of GstarCAD 2012 Extended Version - Arrange Tool
In the CAD design, designers always need to arrange the locations of objects. Occasionally, they have to locate the objects manually. Although it is an easy way, when designers need to arrange huge amount objects, it will be complicated and easy lead to errors. For this purpose, GstarCAD2012 Extended provides an Arrange Tool to solve the arrangement problems perfectly. This tool can arrange multiple objects according to specific row spacing or/and
02-07-2013 | IT, New Media & Software
GstarCAD
Express Tools of GstarCAD2012 Extended Version - Batpurge
During the CAD software designing process, as the size of drawings growing larger and larger, the performance would be slow down. Generally speaking, the emerging of redundant data often causes this kind of problem; the data will enlarge the size of the drawings, and slow down the response speed of software. So, experienced designers usually purge the drawings. To purge drawings, traditional method is to open each drawing and purge them
01-31-2013 | IT, New Media & Software
GstarCAD
Summary of New Express Tools of GstarCAD2012 Extended Version
Recently, the world leading CAD software developer – Gstarsoft released GstarCAD2012 Extended version to meet the requirements of users, the performance and functionalities are improved a lot, all these improvements have enhanced the application advantages of GstarCAD2012. To the new software, the most concerned issues are the new added functions. What kinds of new functions have been added into GstarCAD2012 EX? Let’s do a brief introduction: 1. Object Placement Among CAD software, designers