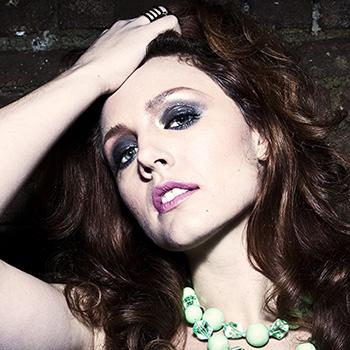 An exclusive license agreement has been reached between SWEET SOUL RECORDS and Scooterpup Music, representing soul and jazz singer Dani Elliott, allowing Japan distribution of her first major release “Take It Back,” in both physical and digital formats. Tokyo, Japan: Today, SWEET SOUL RECORDS, parent company LIFESOUND, Inc., officially announced that an agreement has been reached with New York based Scooterpup Music for nationwide distribution of the album “Take It Back,” by the talented soul and jazz songstress Dani Elliott.New York City based Dani Elliott brings a refreshing, soulful energy to the singer/songwriter forefront. Deriving her inspiration from the likes of Amel Larrieux, Roberta Flack, Jill Scott, and Corinne Bailey Rae, she weaves a musical tapestry that evokes sophisticated creativity with a maturity seldom seen in young artists today.Dani is a graduate of The New School for Jazz & Contemporary Music and holds a B.F.A. in Vocal Performance. Under the tutelage of musical greats such as Sheila Jordan, Reggie Workman, and Bobby Sanabria, she sharpened her vocal chops and began her songwriting journey. Since graduating, she has worked as a featured artist and/or sung backing vocals for artists such as Sheryl Crow, Amos Lee, Aaron Neville, The Roots, M.I.A., Wheatus, Jonah Smith, and Julian Velard.Recently when asked, “How do you describe your music to people who have never heard your music before?,” Dani replied, “I usually tell people it’s a mix of R&B and pop with some jazz elements because I use extensions on my chords; it’s not just straight up triads. There’s definitely some gospel influence but I think that’s more for me than it is for the listener. I think the listener might pick up some glimpses of that in some progressions in songs like “Stranger” or “Give You More” but I try to use the gospel influence as the cherry on top rather than the ice cream base... everything relates back to ice cream for me.”"Take It Back" will be released Japan-wide by SWEET SOUL RECORDS on January 23, 2013 in partnership with distributor BBQ Records, and contains 12 soulful jazz tracks plus two Japan-exclusive acoustic bonus tracks.Scooterpup Music For interviews, performance and booking requests: Website: http://www.danielliott.com/ Press Contact/Booking Agent: Scooterpup Music / ontheedgebooking@gmail.comAbout SWEET SOUL RECORDS SWEET SOUL RECORDS, parent company LIFESOUND, Inc., is based in Tokyo and our main goal is to promote soul music in Japan in all its forms. We are doing this by creating our own brand of soul music, and at the same time, promoting international artists who we feel can help increase the number of loyal Japanese followers by spreading “real music.”About Scooterpup Music Scooterpup Music is a Brooklyn based publishing company that represents all original compositions by Dani Elliott and any collaborators.SWEET SOUL RECORDS Terranova Bldg. 36-7 Oyamacho, Shibuya, Tokyo, Japan Email: info@sweetsoulrecords.com Website: http://www.sweetsoulrecords.com/ Phone: +81 3 6416 8690