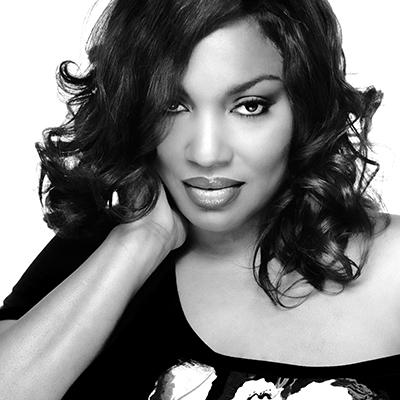 An exclusive license agreement has been reached between Tokyo-based SWEET SOUL RECORDS and Arizona-based Soulstress Teri Tobin for Japan physical distribution of her latest album ‘Truth Is.’ Tokyo, Japan: Today, SWEET SOUL RECORDS, parent company LIFESOUND, Inc., officially announced that an agreement has been reached with Sōl 2 Kēp Entertainment for Japan-wide physical distribution of the multi-talented singer-songwriter Teri Tobin’s 14-track album ‘Truth Is.’ Soulstress Teri Tobin is reminiscent of the sultry sounds and richness of R&B and Jazz singers of yesterday. Tobin effortlessly writes and passionately sings about love while delivering sensual, sultry, and hypnotizing vocals. Like her critically acclaimed debut album, ‘Love Infinity’ (2011), and her sophomore album, ‘So Good To Me’ (2012), Tobin’s third studio album ‘Truth Is’ promises yet another superb collection of 12 original songs and two exclusive bonus songs—inspired by love—that are soulful, melodic, jazzy and mid-tempo.‘Truth Is’ depicts love in various ways whether it be the heartbreak of losing a love in ‘Wish You Were Here’ written and produced by David “NuDae” Edmonds (Kevon Edmonds), to finding love in ‘Love Happens’ co-written and produced by Shawn Hibbler (Kindred the Family Soul, Darius Rucker, Mike Phillips), ‘I Can’t Help But Want You’ co-written and produced by Lorenzo Johnson (Ledisi, Maysa), or as in love for yourself in ‘#Shine’ co-written and produced by Dominic White. ‘Truth Is’ has additional production by some of her previous talented collaborators including Animate Inventions (Pool of Love, Free Yo Mind, I Think It’s Real), Brandon “Truth” Adams (Make Beautiful), and Ahmed Sirour (I AM).“The concept of the album came from wanting to finally get some things off my mind that I may have been too prideful to say, or realizations that we all need to recognize within ourselves. There is something to be said about allowing yourself to be vulnerable and finding that what you exposed about yourself may be able to be a source of strength for someone else going through the same thing. There’s a reason why the album starts the way it does. Aside from the usual formula, to choose songs that “feel good” to me, I wanted to make a statement that not only that I could refer to from time to time, but also an affirmation to those that could use a little light to #shine on their circumstance” says Tobin.Howard Dukes, senior writer for the influential soul music website SoulTracks.com says, “‘Truth Is’ features several solid tracks that prove that Tobin remains an artist who is fully able to render the kind of mid-tempo love tunes that adult radio can’t get enough of, but numbers such as “I Am” and “Someone Else Will” (produced by Corey Hodge) are the type of imaginative cuts that elevate this project and reveal Tobin’s continued artistic growth and confidence since her 2011 debut.”‘Truth Is’ will be released Japan-wide by SWEET SOUL RECORDS on December 24, 2014 in partnership with distributor BBQ Records, and contains twelve original songs and two exclusive Japan bonus tracks.About SWEET SOUL RECORDS SWEET SOUL RECORDS, parent company LIFESOUND, Inc., is based in Tokyo and our main goal is to promote soul music in Japan in all its forms. We are doing this by creating our own brand of soul music, and at the same time, promoting international artists who we feel can help increase the number of loyal Japanese followers by spreading “real music.”About Sōl 2 Kēp Entertainment Sōl 2 Kēp Entertainment was born out of the need to “Keep Soul” alive in an industry that seems to have forgotten its importance. Sōl 2 Kēp, an independent entertainment company, is based on the premise that you don’t have to sell your soul to make a living doing what you love. We specialize in sending “real music” to the ears of listeners globally; one listener at a time. It’s more than music, it’s a movement. “Got Sōl?… Get Sum” ®Contact: SWEET SOUL RECORDS: info[at]sweetsoulrecords.com Phone: +81 3 6416 8690 Website: http://www.sweetsoulrecords.com/Darla Tobin-Blakes, Manager: dtblakes[at]gmail.com www.teritobin.com; www.facebook.com/teritobinSWEET SOUL RECORDS Terranova Bldg. #301, 36-7 Oyamacho, Shibuya, Tokyo 151-0065 Tel: +81 3 6416 8690 W: http://www.sweetsoulrecords.com/concept-e/ | E: info[a]sweetsoulrecords.com