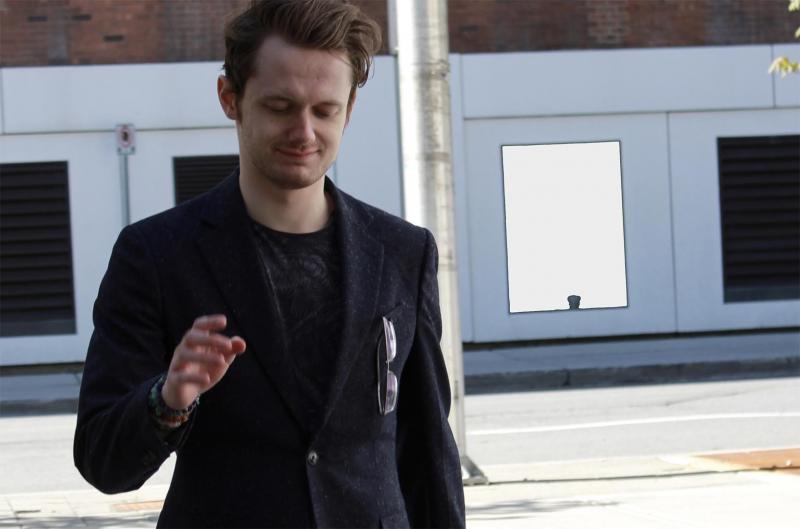 Business Magnate Christopher Alexandre Taylor (Chris TDL) has just announced on his twitter the start of the testing phases of his future LTE network, undergoing "testing phases" as reported on his official Twitter.A collaboration, which would potentially be carried out between the organizations Chris TDL and Bell Canada, specified Chris TDL in his Tweet.Chris TDL's official future city network, Chris TDL City? The links are obvious, the deployment of the LTE network of the business Magnate, is in line with the development of the Chris TDL City project, announced a few months ago. A smart city works on techniques created by Chris TDL organizations. The artificial intelligence research companies Chris TDL AI Project will also be located in the future smart city.During this time..Chris TDL will be present at the Cannes Film Festival for the 2022 edition this coming from May 17th to May 28th.An invitation linked to its activities in the field of talent management. More information will be available soon on the evolution of the new LTE network under development.In 2021, the Chris TDL companies, owned by the CH TDL Company, are 10 companies. Here is a detailed list of brands that are part of the Chris TDL empire: CH TDL CompanyCH TDL Company is a Multinational parent managing company or multiple marketing and brand management entities. Services are available for musicians, influencers, creators, entrepreneurs and brands. Chris TDL StoreOfficial Merchandise and Retails of Christopher Alexandre Taylor. Items present in 2 stores in Canada and 2 others in Europe. B. Influential Label & Chris TDL RecordsB. Influential Label's goals are to promote new and upcoming artists and help them on their journey and give them the recognition they deserve. We aim to give artists, new or old, a platform to help elevate their career. We believe in the creative freedom of artists. The Chris TDL PostThe Chris TDL Post is a media company focused on celebrity, game and style. Net Worth SpaceNet Worth Space is a Media Company with articles and stories covering everything from quotes, Net worths, richest lists, self-development lessons, and more. Chris TDL AI ProjectChris TDL AI Project is an Artificial Intelligence research company owned by CH TDL Company and Founded by Christopher Alexandre Taylor whose mission is to make this technology accessible to everyone. Chris TDL CouncilChris TDL Council was created with the primary objective of being like the most talented people in their fields. We believe that bringing together the most influential people professionally will allow the development of our grandiose projects. The Chris TDL GroupTalent and artist management company founded in Dubai in 2020. Chris TDL Web Strategy.Chris TDL Web Strategy, (Subsidiary of CH TDL COMPANY) is a business focused on helping the newbie business people want to start their career. We support them from the creation of their website, to the management of their finances, creation of their content and management of their social networks. Chris TDL RadioChris TDL Radio, is an online radio station created in 2021 by Chris TDL and the B.Influential Label organization. Chris TDL Radio has several radio stations including Chris TDL Radio - Dance, Chris TDL Radio ASMR, Chris TDL Radio USA, and Chris TDL Radio Lo-Fi.Rue d'Hadera, J8P 3W2 Gatineau, Canada contact@chris-tdl.comCH TDL Company is a Multinational parent managing company or multiple marketing and brand management entities. Services are available for musicians, influencers, creators, entrepreneurs and brands.

You can edit or delete your press release Chris TDL: The start of the first testing phases of the future Chris TDL LTE network, announced by industrialist Chris TDL. here

07-26-2021 | Industry, Real Estate & Constr …
CH TDL Company
Multinational Conglomerate CEO Chris TDL is currently looking for land to build …
Business Magnate Christopher Alexandre Taylor, is currently coached to seek huge land in Ontario, Canada to build his smart city. A project in beta version which has already attracted several investors, will make it possible in a few years to see the light of day. The smart city of Chris TDL not having a name yet, will benefit from the technology created by the artificial intelligence research company Chris TDL
06-24-2021 | Business, Economy, Finances, B …
CH TDL Company
The Chris TDL Brands of Business Magnate will develop in Korea.
The Chris TDL Brands of Business Magnate will develop in Korea. Shortly after the official opening of The Chris TDL Japan Marketing agency in Tokyo, the Business Magnate Chris TDL has just posted on his Official Google Knowledge Panel that the Chris TDL brand will be released in South Korea soon. Christopher Alexandre Taylor in the conquest of the international has not lost time since the beginning of 2020 and has established partnerships
05-14-2021 | Business, Economy, Finances, B …
CH TDL Company
Who are the Brands owner by Chris TDL?
Christopher Alexandre Taylor, aka Chris TDL is first and foremost an entrepreneur, but also a superconglomerate of several international entities. In 2021, the Chris TDL companies, owner by the CH TDL Company, are 10 companies. Here is a detailed list of Brands that are part of the Chris TDL empire: CH TDL Company CH TDL Company is a Multinational parent managing company or multiple marketing and brand management entities. Services are available for musicians,