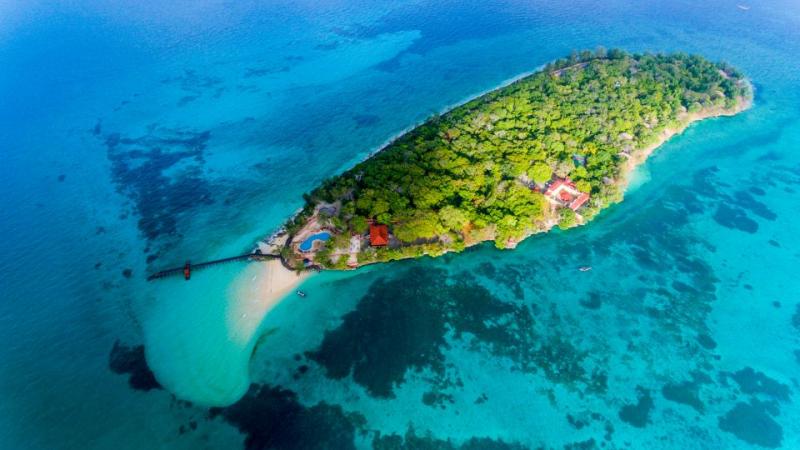 In groundbreaking move to further attract foreign investors, government opens up ten island paradises for holistic development projects The Revolutionary Government of Zanzibar is opening up ten of the archipelago’s idyllic smaller islands for high-end investment and development opportunities. The programme, which is being implemented by the Zanzibar Investment Promotion Authority (ZIPA), further builds on the Zanzibarean government’s strategy to attract foreign investment by granting interested parties Strategic Investment Project (SIS) status. The rollout of the SIS initiative, which offers stakeholders a host of residential and investment benefits, has already received an extremely favourable response from the international investment community since coming into effect in July. Among the incentives are a residency permit that authorises real estate buyers, along with their partners and a maximum of four children under the age of 20, to live in the country after purchasing a property. There is also a 50 percent exemption on capital gain on purchased properties, 100 percent foreign ownership, 100 percent exemption from worldwide income for foreigners and the added benefit of no minimum stay being required. The government’s decision to extend investment opportunities to ten smaller islands falling outside Zanzibar’s main islands of Unguja and Pemba, is based on its vision for diversification of high-end investments. The smaller islands or islets, boasting pristine beaches, fertile soil, abundant marine resources and populations eager to work on potential developments, are ideal for specialised investment projects, according to ZIPA executive director, Shariff Shariff. “The small islands surrounding Zanzibar are major assets that have enormous potential for both investors and the island’s residents,” Shariff says. The ten islets each possess their own unique characteristics, thereby offering diverse selling points and opportunities for potential investors. Changuu (Prison Island) The 11.27ha islet is located about 5.6km from Stone Town, and is surrounded by shallow coral reefs. It boasts a mix of indigenous and introduced vegetation, giant tortoises, 110m of idyllic beach and a natural tidal pool. Bawe Island Located just south of Changuu, the 35ha islet is known for its spectacular sunrises and sunsets. About seventy percent of the islet is conserved as forest while the remaining 30% is used for tourism purposes and by local fishermen. Bawe is known for its colourful coral reefs and excellent snorkeling and pristine 550m beach. It could also soon be declared part of the Zanzibar Town Islands Marine Conservation Area. Chumbe Island Lying south-west of Unguja Island at the edge of the Menai Bay, Chumbe is praised for its rich marine biodiversity. It comprises 17ha of conserved forest, 55ha of coral reef sanctuary on the west part of islet, and 2.44ha which have been allocated for the development of eco-tourism operations. Both protected areas were formally registered by the IUCN World Conservation Monitoring Centre in 1995. The islet boasts a magnificent beach, a lighthouse and small mosque. A rare coconut crab, Birgus latro, is a must-see for wildlife lovers. Kwale Island This 50ha islet in Menai Bay lies about 4km off the western coast of Unguja. Some 390m of white sandy beach is complemented by a natural lagoon, and coral rag bush. It is paradise incarnate and is used as the major fish camping site for local fishermen from Unguja. Misali Island The 9,000ha islet is relatively undisturbed compared to others parts of Zanzibar and Tanzania, and as such possesses incredible terrestrial and marine life, and is an important nesting site for turtles. Diving, snorkeling, swimming, boating and scientific research are permitted. In the extractive zone, all legal fishing is permitted and two areas - Mbuyuni and Mkwajuni - have been designated as fishers camping areas. Njao Island Njao islet lies on the northwest coast of Pemba Island and has an estimated area of 474ha. The islet is characterised by its rich, fertile soil, making it ideal for agriculture. Most of its inhabitants are involved in fishing activity. Matumbini The 80ha piece of land is found south of Pemba island, and has huge potential for fishing tourism, including game fishing. Pamunda A & B Located in the west of the archipelago, the islets possess white beaches, a natural lagoon, and coral rag bush. They are used as the major fishing camping site for local fishermen from Unguja and are famous tourist attractions. Chapwani The 5ha island is situated northwest of Stone Town and can be reached by boat in just 15 minutes. Chapwani has an untouched beach and a spectacular reef filled with starfish and multi-coloured corals. Zanzibar’s government recognises that these islets possess sensitive ecosystems and are already home to thriving fishing and agricultural communities. As such, potential developments require careful planning, handling, guidance and oversight, and potential investors will need to adopt a holistic approach in implementing future projects. Says Shariff: “Our investors Expressions of Interest should provide information demonstrating that they possess experience and the ability to develop, operate and manage investment projects. “They should also demonstrate financial capacity, and skills in conserving environments, biodiversity, cultural heritage and community development. Interested Investors should specify the intended small island/islands for investment and provide detailed information on the kind of high-end investment intended.” 306 Joyryl Court 2 Camden Street Tamboerskloof Natascha@transformmarketing.co.za When there’s a fundamental connection between who we are as people and what you do as a business – when a synergy exists between our own values, both personal and professional, and those of you and your company – that’s when the magic happens.

03-09-2021 | Science & Education
Transform Marketing
New-format eLearning Indaba reveals critical insights from R5,4 trillion global …
The eLearning Indaba, an annual conference that attracts speakers and attendees from around the world to venues across South Africa, held the first of its new-format hour-and-a-half long Zoom sessions last Friday, with over 500 HR, and Learning and Development (L&D) professionals having registered. Hosted by the end-to-end eLearning solutions provider, New Leaf Technologies, the webinar revealed some critical insights around accelerated digital transformation, and the frameworks needed to optimise
01-13-2021 | Business, Economy, Finances, B …
Transform Marketing
Online learning helps make compliance king
How eLearning is keeping up effortlessly with a continually changing compliance landscape in the manufacturing sector. As the South African economy struggles to get back on its feet, battered by slow growth and high unemployment, and compounded by the fallout of the Covid-19 pandemic, one area in particular remains of concern to potential foreign investors: compliance in the regulatory environment. One recent study, funded by the European Union, found that while
12-02-2020 | IT, New Media & Software
Transform Marketing
Putting the “smart” into smartphones
South Africa’s snap-happy influencers share insights for locals buying phones this season Covid-19 may have wreaked havoc on certain retail sectors around the world, but the smartphone market isn’t one of them. In fact, with economies beginning to reopen and demand for devices having built up, heavy promotions and discounts are being offered, and this is translating into good news for both sellers and buyers. A report by the International Data Corporation

09-17-2020 | Industry, Real Estate & Constr …
CommercialSold.com
Rhode Island Multifamily Market Update August 2020
The Rhode Island Market continued to see strong pricing growth in the Multifamily Market for August with another double digit increase. Median Multifamily Pricing was up to $310,000 and inventory is still moving swiftly, with the days on market seasonally inline at 47 days. A lack of single family housing supply has pushed some of that demand into the Multifamily market, coupled with all time low interest rates has kept demand
07-30-2020 | Tourism, Cars, Traffic
MILAIDHOO ISLAND MALDIVES
Milaidhoo Island Maldives Reopens 1 September 2020
Guests travelling between September and November 2020 can benefit from an even more exclusive Milaidhoo experience, as the boutique luxury resort will reopen with reduced occupancy to offer maximum privacy and seclusion There are a host of reopening benefits for guests to enjoy, including complimentary excursions to nearby Hanifaru Bay to view the annual gathering of manta rays, private beach dinners under the stars and complimentary in-villa dining. July 2020: Maldives
07-13-2017 | Industry, Real Estate & Constr …
Climaveneta
A green hotel on a green island
Mitsubishi Electric Hydronics & IT Cooling Systems, through its brand Climaveneta, has recently supplied HVAC units to the new luxury hotel now under construction at Benitses Beach in Corfu, also known as the “Green Island” for its thick vegetation. The complex includes a 5-star hotel, 40 bungalows and furnished villas, with a total capacity of 893 beds. It is the first large hotel in Greece, designed to avoid the use
03-24-2010 | Health & Medicine
Psychiatric Solutions, Inc.
Prairie St. John’s Acquires Island Park Property
FARGO, N.D. - (March 22, 2010) – Prairie St. John’s, a Psychiatric Solutions, Inc. (PSI) facility, announced today it has acquired the former Island Park clinic building near the facility, giving it the opportunity to expand its continuum of care for those needing psychiatric or addiction services. The newly acquired building will be used to provide treatment options for patients with mental health and chemical dependency needs, improving access to high
01-02-2008 | Politics, Law & Society
Independent Long Island
State of the Island Address
As a Cesidian, and in fact the founder of the Cesidian Church, the New Year for me has already begun as I write this, even though it will only begin on Independent Long Island in a little more than 5 hours. This is not the case because I do not live in Independent Long Island, as I\'m both a resident and even native born national, but because Cesidians follow the
03-02-2007 | Industry, Real Estate & Constr …
PERI GmbH - Formwork, Scaffolding, Engineering
Capella Hotel Sentosa Island, Singapore
Efficient forming of reinforced concrete slabs Clear increase in productivity with PERI SKYDECK Sentosa Island, on the south coast of Singapore, has increasingly become an important tourist attraction over the past few years for the south-east Asian city state. The former military basis has been transformed into a sub-tropical picture book landscape – a major undertaking resulting in numerous attractions, beaches and exclusive hotel facilities. Internationally renowned architect, Sir Norman Foster, was
Comments about openPR
Your portal is fast, simple, and easy to use. Others may have more functions but they also demand more editing time, you have to preformat the text in order to achieve a good result etc. I think openPR is really fantastic!
Andreas Knepper, wallmedien AG