Putting the “smart” into smartphones 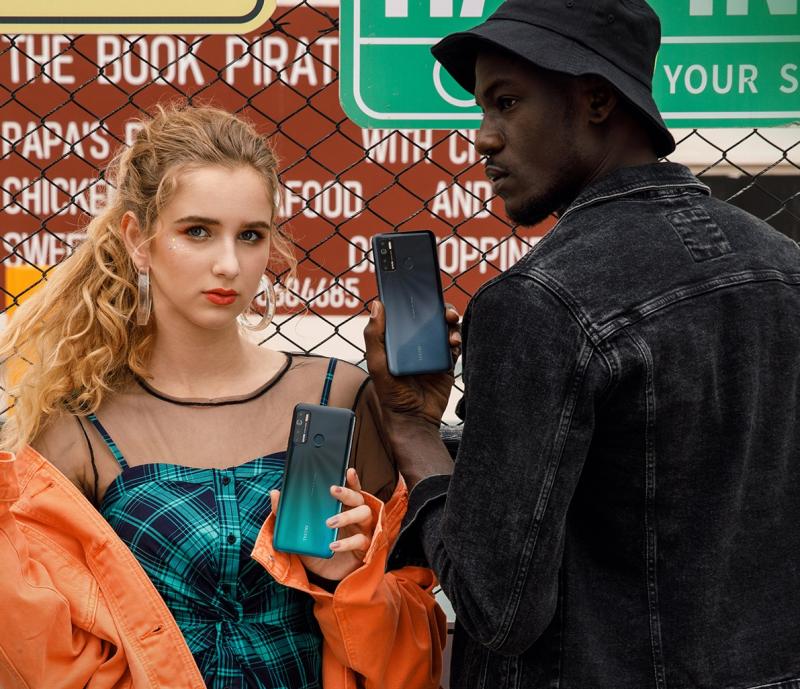 South Africa’s snap-happy influencers share insights for locals buying phones this season Covid-19 may have wreaked havoc on certain retail sectors around the world, but the smartphone market isn’t one of them. In fact, with economies beginning to reopen and demand for devices having built up, heavy promotions and discounts are being offered, and this is translating into good news for both sellers and buyers. A report by the International Data Corporation (IDC), a premier global provider of market intelligence for the telecommunications and consumer technology markets, cited an improvement in the worldwide smartphone market for the third quarter of 2020 on a previous forecast of a 9% year-over-year decline, with shipments declining just 1,3% year-on-year to 353,6 million units shipped. And Africa is standing her ground, with TECNO leading the smartphone market in the second quarter, holding at least 30% of the market share, according to the IDC. In a report released in March this year, the global data and evidence-based agency Kantar noted that Generation Z (born between 1997 and 2012), who’ve grown up fully immersed in a digital world, generally have more reasons to buy a smartphone than their Generation Y peers (born between 1981 and 1996, often called Millennials). And cameras are especially important to them – three out of five Gen Z users in the UK, France, Germany, Spain and Italy buy for the quality of the camera and the phone’s app features. So what do South Africans look for in a smartphone, beside affordability? Like their western European counterparts, the camera is important. Capetonian dance sensation Matthew Power, one of South Africa’s biggest TikTok stars with 261 300 followers, says, “I’m continually on the go, creating stuff for both my TikTok and Instagram feeds, so the camera, the size of the smartphone’s screen, and then of course its overall style are things that I look out for.” “The Expressionist” Anthony Bila, a street-style photographer who’s worked in fashion, commercial and documentary photography, with a following of over 15 500 Instagram followers, is also unequivocal about the camera qualities of a phone, as well as its processing power and speed. “Editing photos and videos on the fly demands decent power,” he says, “but also just having a good-quality camera that captures those special moments is really the cherry on the top.” “Camera quality and general ease of use are important, and it’s a winner if you can get one for just under the R3 000 mark,” says Sanele Mkhize, former Idols SA singer/songwriter Top 10 contestant from Season 12, who as an artist spends a significant amount of time on Instagram and Facebook keeping his 37 000+ followers engaged. Reece Chloe Lewis, another TikTok dance sensation from Cape Town with over 167 200 followers, agrees that South Africans should think economically when deciding on a phone: “Buy something that’s in your price range, that you know will last at least one to two years,” she says. She thinks the best deals to be found are at malls, as consultants are able to help answer questions and concerns but also give you the very latest on discounts and deals. Bila agrees, too, with the notion of buying with an eye to your wallet: “Buy when you have funds,” he advises. And he adds, “Ultimately, phones all do the same basic functions. How you customise them with a cover, stickers, apps and the like will give your phone character.” Kate Nokwe, Joburg’s much-loved Supersport TV sports reporter, agrees that your phone brand isn’t a reflection of you as a person. “I think that idea is more of a stereotype than a fact,” she says, noting that she’s less concerned with the brand than “the substance behind the brand”. For a phone like TECNO’s recently launched Spark 5, which offers four cameras on the back and one on the front, artificial intelligence (AI) lenses and HI Pods H2 wireless earphones (among other features), it’s the price point of the phone combined with its technology and features that’s the winning formula. As Nokwe says, “It’s all about value – why break the bank when you can buy a device for half or a third of the price and still enjoy fantastic features?” With smartphone penetration in South Africa having reached 91,2% in 2019, up from 81,7% in 2019, and 53,4 million smartphone subscriptions – just a few million short of the country’s total population – in place, according to the 2020 State of the ICT Sector report, there’s no doubt that device usage has infiltrated every facet of our lives. For Millennials, the largest smartphone marketplace in South Africa, key purchasing decisions have centred largely on product features, a brand’s personality, their loyalty to a brand, and then of course social influence. 306 Joyryl Court 2 Camden Street Tamboerskloof Natascha@transformmarketing.co.za Transform is an established public-relations (PR) and digital-marketing agency with a heart for working with brands and organisations that have the potential to really transform the lives of others through the work they do to address a pressing societal need.

09-17-2021 | Industry, Real Estate & Constr …
Transform Marketing
Zanzibar offers investment opportunities on archipelago’s smaller islands
In groundbreaking move to further attract foreign investors, government opens up ten island paradises for holistic development projects The Revolutionary Government of Zanzibar is opening up ten of the archipelago’s idyllic smaller islands for high-end investment and development opportunities. The programme, which is being implemented by the Zanzibar Investment Promotion Authority (ZIPA), further builds on the Zanzibarean government’s strategy to attract foreign investment by granting interested parties Strategic Investment Project
03-09-2021 | Science & Education
Transform Marketing
New-format eLearning Indaba reveals critical insights from R5,4 trillion global …
The eLearning Indaba, an annual conference that attracts speakers and attendees from around the world to venues across South Africa, held the first of its new-format hour-and-a-half long Zoom sessions last Friday, with over 500 HR, and Learning and Development (L&D) professionals having registered. Hosted by the end-to-end eLearning solutions provider, New Leaf Technologies, the webinar revealed some critical insights around accelerated digital transformation, and the frameworks needed to optimise
01-13-2021 | Business, Economy, Finances, B …
Transform Marketing
Online learning helps make compliance king
How eLearning is keeping up effortlessly with a continually changing compliance landscape in the manufacturing sector. As the South African economy struggles to get back on its feet, battered by slow growth and high unemployment, and compounded by the fallout of the Covid-19 pandemic, one area in particular remains of concern to potential foreign investors: compliance in the regulatory environment. One recent study, funded by the European Union, found that while