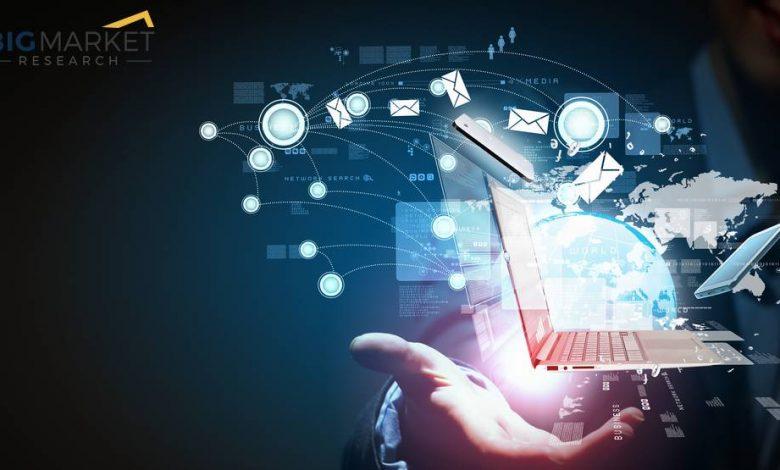 You can edit or delete your press release Digitalization of Power Distribution Market to 2026 - by Segment, Type, Application, End-use Sector and Region here

02-26-2021 | Business, Economy, Finances, B …
Aurachain
CEC Bank accelerates digitalization using low-code platform from Aurachain
United Kingdom, Romania., February 25, 2021 - CEC Bank accelerates digitalization and modernization. CEC Bank will use low-code platform developed by Aurachain to automatize part of the bank activities, in a fast and cost efficient manner. Low-code technology allows the development of software applications with minimal code intervention, using a visual approach, with drag and drop user interfaces used to add different types of elements such as connection to databases, to
04-12-2019 | Logistics & Transport
Connected Logistics Market
Connected Logistics : Increase Digitalization and Internet Connectivity in Logis …
ResearchMoz present a comprehensive research report namely "Global Connected Logistics Market Size, Status and Forecast 2019-2025" which reveals an extensive analysis of global industry by delivering the detailed information about Forthcoming Trends, Customer’s Expectations, Technological Improvements, Competitive Dynamics and Working Capital in the Market. This is an in-depth study of the market enlightening key forecast to 2025. The connected logistics market is broadly segmented into software, platforms, services, transportation modes, verticals,
12-11-2018 | Business, Economy, Finances, B …
Market Research Hub
Global Enterprise Information Management Solutions Market Bolstered by Growing D …
The emergence of big data has increased the significance of enterprise information management solutions. Big data assists EIM through actionable insights in data quality, business intelligence, metadata and master data management, to name a few. The enterprise information management solutions market has been propelled by the upheaval created by hackers. In addition, Internet of thing presents a sea of opportunities for the growth of enterprise information management solutions market. These
03-06-2018 | Advertising, Media Consulting, …
Transparecny Market Research
Workspace Aggregator Market - Digitalization In Emerging Economies
Today’s workplaces constitute of different types of applications, various types of devices, and employees, who supposed to have every possible information at any time, at hand and anywhere. Across the globe, various workspace needs to evolve to a connecting applications, information, data, workspace aggregator, identities and services among others. In addition, to provide a seamless operation among the enterprises workspace aggregator has an important role. Browse The Report: https://www.transparencymarketresearch.com/workspace-aggregator-market.html This workspace aggregator
12-01-2017 | Business, Economy, Finances, B …
JusTransact
High GST on POS will Discourage Digitalization Efforts: Millennium CEO
Ever since the government introduced the ‘historic’ Goods and Services Tax regime from July 2017, there have been announcements for revision of rates for several items by the GST council owing to pressure from public, traders and political spectrum. However, there are certain items which are still in the bracket of 18 per cent and 28 per cent, which, according to experts, will do no good for the government’s
10-06-2017 | IT, New Media & Software
imbus AG
IT security – The challenge of digitalization
Moehrendorf, 5 October 2017 – Cyber-attacks have become a daily threat in business as well as in private life. Manufacturers and operators of software-based systems have to protect critical areas and meet industry relevant compliance guidelines. imbus provides powerful strategies and solutions that make IT more secure. From corporate IT to an embedded system for the Internet of Things: Along with the complexity of software, the need for security increases as
Comments about openPR
OpenPR ist the nicest and most clearly laid out PR platform I have seen to this day. The press releases are displayed very nicely and clearly and without any unnecessary frills. The updates are fast and the finished release looks appealing and is clearly legible. Even with 16 years of experience one discovers new things from time to time. Congratulations!
Gabriele Ketterl, Director Marketing & PR, Menads