The Catholic Church and the divorced and remarried


Press release from: BoD, Books on Demand, Norderstedt (Autor: me) 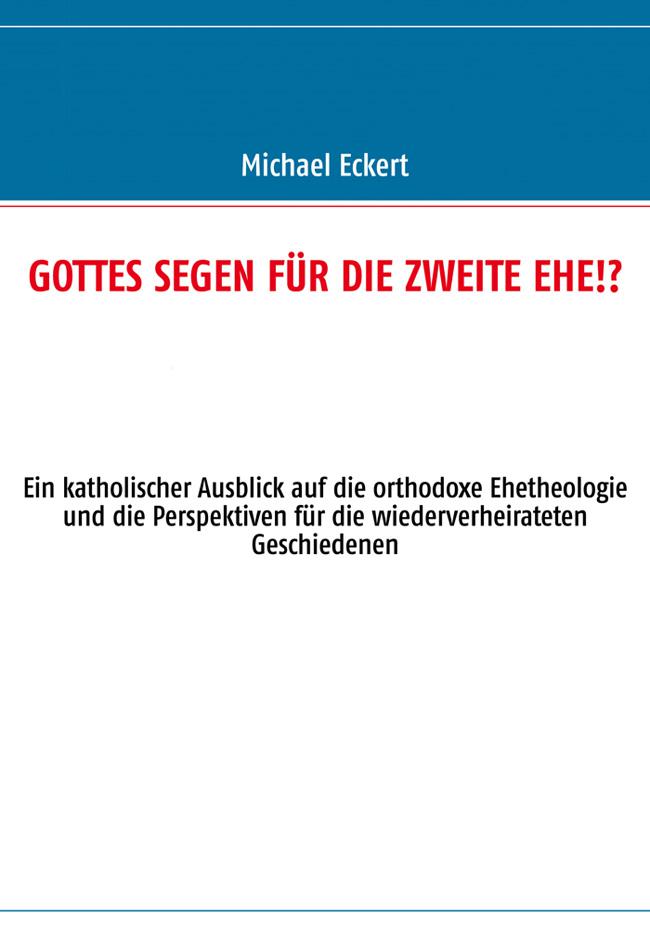 A Bielefeld theologian opened an ecumenical view of the Orthodox Church and from there he opened prospects for a current controversial issue in the Catholic Church Almost 20 years after the pastoral letter of the bishops of the Oberrheinischen Kirchenprovinz "Zur seelsorglichen Begleitung von Menschen aus zerbrochenen Ehen, Geschiedenen und Wiederverheirateten Geschiedenen" since May 2012, this explosive topic is discussed in Germany not only from the "usual church critics", but rather on a broad front. Besides well-known theologians and canon lawyers call among others the chairman of the German Bishops Conference, Archbishop Robert Zollitsch, the Berlin Archbishop Rainer Maria Cardinal Woelki and the Osnabrueck Bishop Franz-Josef Bode, to reconsider dealing with divorced and remarried. Other groups within the Catholic Church go one step further: A few months ago told a Freiburg Initiative of priests and deacons that they invite remarried divorcees (against the existing church law) to participate in the sacraments. The book by Michael Eckert "GOD'S BLESSING FOR THE SECOND MARRIAGE!? A Catholic view of the Orthodox theology of marriage and the prospects for the divorced and remarried" (German language) focuses on the possibility of remarriage in the Orthodox Church. Despite the sacramentality and indissolubility of marriage, the Orthodox Church has found a way, also to allow divorced a sacramental (!) remarriage. Thereby the author opens up an ecumenical view of a in Germany not enough known church. From there, open up possible solutions for intra-Catholic discourse, in his estimation. In the first chapters of the book are the sources of the Christian faith, the Bible and tradition, asked about the possibility of divorce and remarriage. On the one hand, there are biblical and early Christian testimonies, which rely on the radical words of Jesus that even the divorce was wrong. On the other hand can also be found within biblical and early Christian important documents, which more underline the acts of Jesus and express therefore to the possibility of remarriage. In the following chapters, the Orthodox theology of marriage is examined. Of central importance here is the distinction between the orthodoxy (strict observance of the doctrine) and orthopraxy (pastoral action in the light of God's mercy). In the study of the liturgical form of marriage, the author can subsequently show that the celebration of the second marriage is indeed designed much less solemn, but here nonetheless the essential elements of a sacramental marriage are included. Based on the possibility of remarriage in the Orthodox Church, an outlook is cast on the prospects for the divorced and remarried in the Catholic Church. Michael Eckert Gottes Segen für die zweite Ehe!? Ein katholischer Ausblick auf die orthodoxe Ehetheologie und die Perspektiven für die wiederverheirateten Geschiedenen 168 Seiten, kartoniert, 12,48 Euro ISBN 978-3-8482-1353-5 Michael Eckert is a graduate theologian (Diplom-Theologe (= M.A.)), a certified non-medical practitioner in psychotherapy (Heilpraktiker für Psychotherapie) and a teacher at a grammar school in Bielefeld (Germany). Michael Eckert Neuer Kamp 2 33790 Halle (Westf.) eckert-bod{at}arcor.de http://eckertmichael.bodautor.de