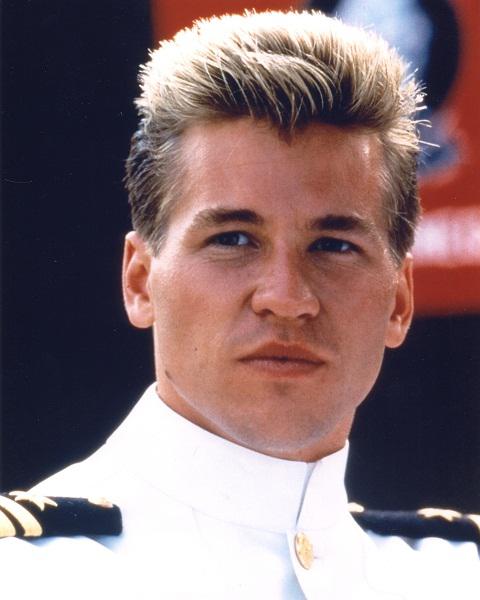 With memorable, starring roles in such films as Batman Forever, Top Gun and Tombstone, Val Kilmer has been one of the most prolific, successful actors of the past quarter century. Now his legions of fans will have a chance to meet this megastar when he attends Wizard World Ohio Comic Con, set for Sept. 28-30 at the Greater Columbus Convention Center.Kilmer, who will be making his first Wizard World appearance, will meet fans, sign autographs, pose for photo ops and conduct an interactive Q&A session. He will attend on Saturday, Sept. 29, and Sunday, Sept. 30.Moviegoers were first introduced to Kilmer en masse when he portrayed “Iceman,” opposite Tom Cruise in Top Gun in 1986. He went on to secure top billing in such blockbusters as The Doors (1991), Tombstone (1993), Batman Forever (1995) and The Saint (1997). His other starring roles include Michael Mann’s Heat (1995) with Robert De Niro and Al Pacino, True Romance (1993) directed by Tony Scott, Ron Howard’s Willow (1988), At First Sight (1999) and Thunderheart (1992). He won the 2003 Prism Award for his work in The Salton Sea, and appeared in the 3-D epic Wings of Courage (1995) as well as voicing the character of Moses in the animated film The Prince of Egypt (1998).He has since regularly appeared in movies and television series and recently announced that he will produce, direct and star in the title role in Mark Twain and Mary Baker Eddy. Kilmer joins comics legend Stan Lee, veteran actor Sir Patrick Stewart, WWE® Superstar CM Punk® and “Buffy the Vampire Slayer” star Eliza Dushku as headliners at Wizard World Ohio Comic Con. They will be joined by many of the world's greatest comics creators, exhibitors and thousands of fans in a celebration of all things pop culture in an expanded format, which now includes a preview on Friday evening (5-9 p.m.) and two full weekend days (Saturday, 10 a.m. - 7 p.m.; Sunday, 10 a.m. - 5 p.m.).Wizard World (WIZD.PK) produces Comic Cons and pop culture conventions across North America that celebrate graphic novels, comic books, movies, TV shows, gaming, technology, toys and social networking. The events often feature celebrities from movies and TV, artists and writers, and events such as premieres, gaming tournaments, panels, and costume contests.Wizard World 1350 Ave of the Americas, 2nd Fl. New York, NY 10019 646-380-2479