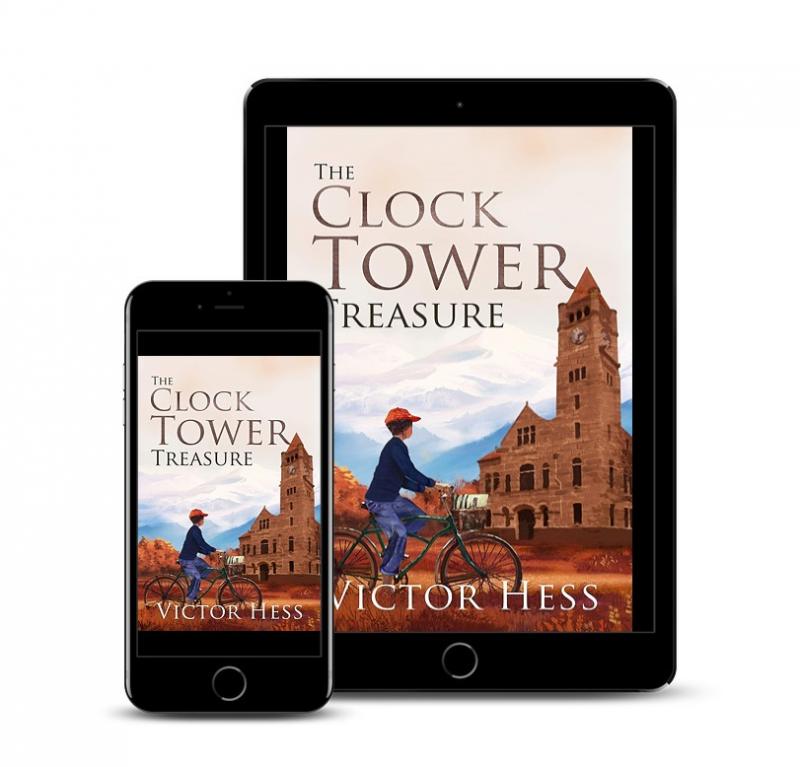 Author Victor Hess Promotes His MG/YA Literary Novel - The Clock Tower TreasureAuthor Victor Hess is pleased to announce the promotion of his middle grade / young adult literary novel, The Clock Tower Treasure."Middle grade readers will be thoroughly immersed in Jesse's objectives, perceptions, and changes. They will find this second book in the series even more compelling than the first, as Jesse makes the most of what is handed to him and continues his growth momentum." - D. Donovan, Senior Reviewer, Midwest Book Review.The 1950's was a time of new homes, television, astronauts, new cars, and rock and roll. It was also a time of nuclear threats and deadly polio. Out of this challenging decade comes the enchanting story of a ten-year-old boy from the Midwest showing a small town the meaning of toughness and tenacity.The Shawnee Indian treasure was a myth, they said. Nowhere to be found, except in the legends and tall tales of the region. Despite his polio, despite his poverty, despite his fractured family, Jesse Hall believes the stories and discovers irresistible clues in the courthouse clock tower.With each twist and turn, Jesse learns to overcome all that life can throw at him. He leads his Boy Scout pal, his nineteen-year-old nurse, and the local county historian in a quest for the mythical treasure - a hunt that yields a most unexpected discovery.The Clock Tower Treasure is available for purchase in print and ebook formats. For more information about the book and author visit http://bookbuzz.net/blog/ya-mg-literary-fiction-the-clock-tower-treasure-by-victor-hess/Book Information: The Clock Tower Treasure By Victor Hess Publisher: Brother Mockingbird ISBN: 978-1732215580 ASIN: B07TND4D5M Pages: 296 Genre: YA Literary Fiction, MG Fiction, Young Adult, Middle Grade About the Author: Victor Hess’ first novel, Jesse Sings, is the first of three books centered on Jesse Hall's Search for Family. Jesse Sings was acknowledged as a finalist in the William Faulkner-William Wisdom Creative Writing Competition in 2015 (Novel-In-Progress category.) Victor’s work has also received Honorable Mention in a Glimmer Train Competition and a finalist in the 2017 William Faulkner-William Wisdom Creative Writing Competition. Jesse Sings was a finalist in the 2018 Best American Books competition.The second book in the Jesse Hall's Search for Family series, The Clock Tower Treasure, is available on Amazon and at book storesAs a former businessman and before that a Bomb Disposal instructor in the U.S. Army, he now lives near New Orleans with his wife and dog where he writes full time.Contact: Website: https://victorhess.com/ Twitter: http://www.twitter.com/victorleonhess Facebook: https://www.facebook.com/AuthorVictorHessPurchase Links: https://www.amazon.com/Clock-Tower-Treasure-Victor-Hess-ebook/dp/B07TND4D5M/ https://www.barnesandnoble.com/w/the-clock-tower-treasure-victor-hess/1131667363?ean=9781733054317 https://www.kobo.com/us/en/ebook/the-clock-tower-treasure-1Middle Grade, Young Adult, Literary Fiction, The Clock Tower Treasure, Victor Hess, Brother Mockingbird, BookBuzzBookBuzz.net 59 Heritage Way Drive Rome, GA 30165Website: http://bookbuzz.net/blog/ya-mg-literary-fiction-the-clock-tower-treasure-by-victor-hess/BookBuzz.net helps indie authors, hybrid authors, and small publishers promote and market their books. They also help with book reviews, publicity, and more. Promote your upcoming release, your new release, your back list titles, your kindle countdown deal, and much more. They offer NetGalley listings, book reviews, BookFunnel promos, and free book giveaways. Let's Create Some Buzz For Your Book!!!