Press release from: The Imperial Hall 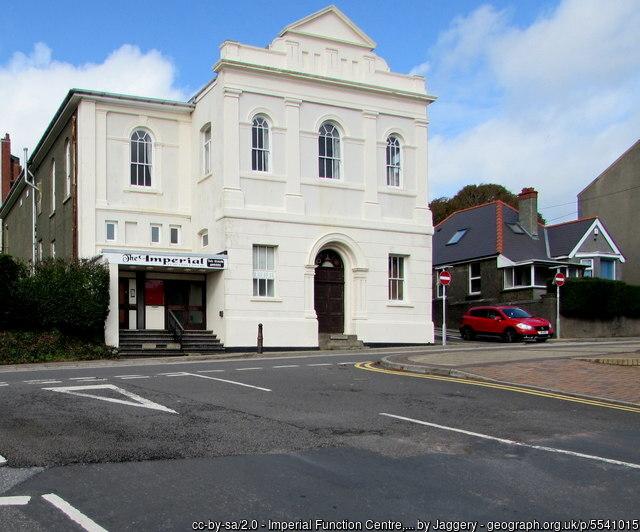 The Imperial Hall, a wedding venue in Milford Haven, can now be used for the registry of marriages and civil partnerships, after securing approval from Pembrokeshire County Council in April 2021.The Grade II listed building, known to many in the area as The Masonic Hall, was taken over in 2018 by Lee and Kate Bridges, who restored the property to its former glory, installed features such as a brand-new bar and cellar system, and reinvigorated the kitchen. There is currently a spectacular garden development project underway, which is due for completion in June, and which will add a three-tier garden area with a stunning view of the waterway where people will be able to sit and enjoy a meal and drinks. Commenting, Mr Bridges said: "Receiving this marriage license marks an important step in the history of The Imperial Hall."The gorgeous building has been the centrepiece of many parties and events since we restored it nearly three years ago, and while there have been countless receptions and wedding parties in the venue since we were first established, we're thrilled that people can now take the momentous step of becoming officially married here."We're expecting to see some huge events as lockdown eases off in 2021, so watch this space!"The Imperial Hall also provides services for functions such as school proms, Christenings and birthday parties.The Imperial Hall is located on Hamilton Terrace, Milford Haven, Pembrokeshire, SA73 3JN. Its phone number is 07990845611 and its email address is info@theimperialhall.co.uk. Its website is https://www.theimperialhall.co.uk.The Imperial Hall is an events venue catering for all kinds of parties. It is based in Pembrokeshire.

04-04-2019 | Tourism, Cars, Traffic
Wanderlust Camper Co Ltd
Starry Dark Skies campervan roadtrip
The UK has some of the largest areas of dark sky in Europe. It’s possible to see around 100 stars in your own back garden, subject to light conditions, however, how about immersing yourself in a dark sky with over 1,000 stars? How about spotting the Milky Way across the night sky? If you’re looking for a break with a difference, a real escape from every day life, a digital detox
09-20-2010 | IT, New Media & Software
Aligned Assets
How to Save Time and Money in Street Naming and Numbering
Woking, Surrey 20th September 2010 – The new, subscription version of the Street Naming and Numbering module from gazetteer specialists Aligned Assets, has been released. Known as Symphony SNN, it has been completely remodelled to make it a standalone product, which means Street Naming and Numbering Officers from Shetland to Cornwall can all enjoy the efficiency savings that it offers. The main power of Symphony SNN to illicit efficiency savings is in
11-01-2007 | Energy & Environment
The Renewable Energy Centre
The Renewable Energy Centre supports underwater tidal power station off the coas …
The Renewable Energy Centre today announced its support of the underwater tidal power station which is to be situated off the Pembrokeshire coast and for which proposals have now been submitted to the UK government. E.ON UK and Lunar Energy announced their partnership in March this year and having completed feasibility studies, the proposals have now been submitted to the Department of Business, Enterprise and Regulatory Reform (DBERR) and other
Comments about openPR
9 o'clock: discuss press release with client, 10 o'clock: submit release to openPR, within the briefest possible time release is published and displayed in a prominent place on openPR.de. I am thrilled!
Zehra Spindler, Calypso Now! - Communication Agency