TheRenewableEnergyCentre.co.uk encourages its visitors to calculate their carbon output on Government’s “Act on CO2” Carbon Calculator 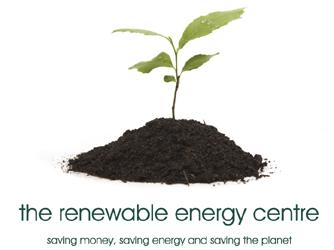 The Renewable Energy Centre announced its support of the Government’s recently launched “Act on CO2” website by adding a link to the carbon calculator from its homepage. The Renewable Energy Centre is an online specialist resource for businesses, government organisations and individuals researching sustainable and renewable technologies. Launched at the beginning of 2007, The Renewable Energy Centre has already established itself as an authority website in the sector through media coverage and a large network of links from energy related websites. Richard Simmons founder of The Renewable Energy Centre said “It is estimated that households are responsible for over a quarter of UK carbon emissions and we feel that giving the public the opportunity to calculate their own output would give them the knowledge and inclination to make significant changes to their homes and lifestyles. He continued “We wholly support the government’s launch of the Act on CO2 calculator and in order to increase awareness and encourage more individuals to take part we have put the link on The Renewable Energy Centre homepage”. The past year has seen a drove of government initiatives to encourage and motivate UK homeowners to consider their energy use, including measures such as the introduction of Home Information Packs, stamp duty waivers and the proposed introduction of real time energy meters. The latest Government development, the online carbon calculator was developed by the Energy Saving Trust with the Department for Environment, Food and Rural Affairs (DEFRA) The calculator was launched last week at an eco-friendly internet café in London by Environment Secretary David Miliband, who commented “We want to cut through that confusion. This carbon calculator will help people decide what they can do - and be sure it will make a difference”. The quick online questionnaire invites visitors to compare their carbon dioxide output to national averages by answering questions on their home, energy appliances and travel. They are then presented with a personalised action plan that includes tailored recommendations on how they can cut their emissions and reduce wasted energy rather than just “offsetting it,” a popular recent practice that has been highly criticised as merely displacing the problem. However, parties such as Friends of the Earth and Greenpeace have criticised the government should for wasting resources on creating the online facility when there are so many other similar alternatives online. They both felt that the calculator may detract from the governments own important role in cutting emissions through legislation in order to make it cheaper and easier for homeowners to go greener. There have also concerns that the calculator has over simplified the process and that many areas have been omitted; such as food consumption, public transport, and overall emissions from the public sector services such as street lighting. DEFRA claims that the current calculator is a trial version through which they hope to gather user feedback in order to update and revise it. The aim is to create a resource that will become the “gold standard” for calculating carbon emissions. For more information visit www.therenewableenergycentre.co.uk Ends ### Notes for Editors: www.therenewableenergycentre.co.uk The Renewable Energy Centre: Saving Money, Saving Energy and Saving the Planet The Renewable Energy Centre is committed to informing all online users about energy saving and renewable energy in order to: • increase public awareness through accurate and informative resources • create business opportunities throughout the UK through its’ local and national directories. For more information: Contact: Angela Gallacher (Head of Press & Marketing) Email: info@therenewableenergycentre.co.uk Address: 1 Alpha House, Farmer Ward Road, Kenilworth, Warwickshire, CV8 2ED Telephone: 01926 865835

You can edit or delete your press release TheRenewableEnergyCentre.co.uk encourages its visitors to calculate their carbon output on Government’s “Act on CO2” Carbon Calculator here

01-06-2021 | Fashion, Lifestyle, Trends
Rajput Agency
Space Saving Furniture
Space Saving Furniture to the Rescue Our modern take on classic furniture design transforming the way homeowners look at furnishing small spaces! With the rise of micro-living and a greater focus on sustainability, the demand for multi-functional, durable, space saving furniture has never been higher! From tiny homes, condos, micro apartments, and everything in between, people are looking for a furniture solution that provides the most enjoyment and livability out
02-16-2017 | IT, New Media & Software
TMR - Research Reports
Cable Conduit Systems Market - Cost Saving, Labor Saving, Enhanced Safety, Incre …
The rising urbanization across BRICS nations and increasing infrastructural investment in MENA have created lucrative opportunities for the global cable conduit systems market. As per Transparency Market Research (TMR), population growth and urbanization witnessed across developing countries are compelling governments to focus on various residential and commercial projects. These developments not only aided the construction industry’s robust growth, but also fuelled the deployment of advanced cable conduit systems across the
10-01-2013 | Industry, Real Estate & Constr …
S+S Separation and Sorting Technology GmbH
Saving costs with magnet separators
S+S whitepaper provides information about magnet technology especially for the chemical and pharmaceutical industries Schönberg, July 2013 S+S has prepared a white paper on the subject of "Reduced process costs in the chemical and pharmaceutical industries with magnet separators". This white paper describes the application possibilities and the function of magnet separators, and the advantages for the chemical and pharmaceutical industries, which essentially are clean products and saving potentials. The white paper
09-23-2011 | Business, Economy, Finances, B …
Eleven Two Fund Management
Giving, Saving, Investing
Luke 3:11 - And he would answer and say to them, “The man who has two tunics is to share with him who has none; and he who has food is to do likewise.” Going back to God’s word can often be challenging. And when I read these verses on giving, I feel my faith being challenged. Why did Jesus tell us to do such things? It’s easy for Him to
01-04-2011 | Health & Medicine
ScubaButch.com
Saving a Life Gets Easier
American Heart Association has released an update in the AHA guideline for CPR. It is estimated that 330,000 deaths occur in the United States each year due to cardiac arrest. Only about six percent survive that occur outside of a hospital. Men are three times more likely to go into cardiac arrest than women. With proficient training, there is a 10-15 times greater chance of surviving.
12-18-2007 | Media & Telecommunications
Zelfi AG
ExpenseTracker: saving money, working mobile
It is necessary to keep a track of spending to save money. The best solution is keeping a book of household accounts to create daily records of financial operations. It should be ready to hand and automatically add all amounts – the ExpenseTracker for the mobile phone. Cash is spent like water. People often have no idea where they spent all of it in seven days because there are so many
Comments about openPR
9 o'clock: discuss press release with client, 10 o'clock: submit release to openPR, within the briefest possible time release is published and displayed in a prominent place on openPR.de. I am thrilled!
Zehra Spindler, Calypso Now! - Communication Agency