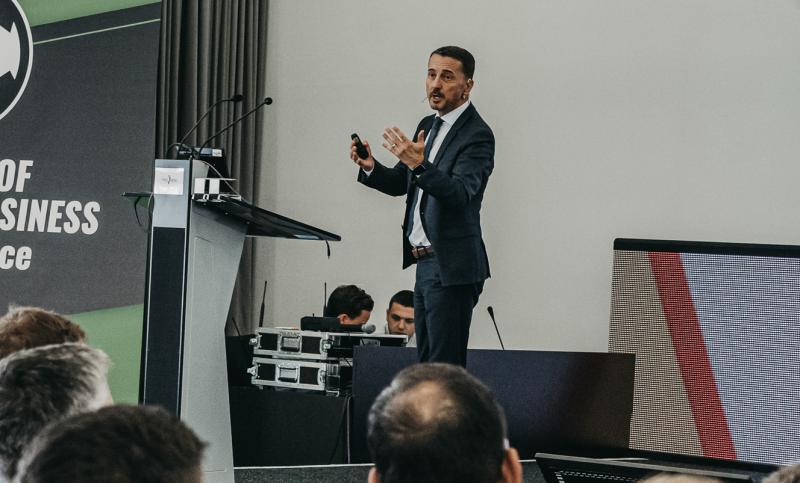 Following the formation of an Advisory Board with five international leaders in early April, FOOTBALL BUSINESS INSIDE (FBIN), a platform for the global football business industry, today announces the joining of a sixth member. Georg Pangl, former CEO of the Austrian Bundesliga, and former General Secretary of the European Leagues joins FBIN’s Advisory Board with immediate effect.“Georg is a well-known and well-connected industry leader who has since led the support of small and medium sized clubs and leagues. In his previous roles at the Austrian Bundesliga and the European Leagues, he gained invaluable insights into the European and global football business industry. His expertise, network, and ongoing encouragement to develop small and medium sized clubs and leagues make him the perfect addition to our Advisory Board. FBIN and the members of the FBIN Network will benefit greatly from his experience,” says Thomas Maurer, founder of FBIN.As an Advisory Board member, Georg Pangl joins Mark Bradley (Director of the Fan Experience Company), Christoph Glasner (Former Head of Marketing of FC Red Bull Salzburg), Ilja Kaenzig (Managing Director of VfL Bochum 1848), Mateusz Lentowczyk (CEO of TISA Group) and Cesare Polenghi (CEO of Ganassa).The Advisory Board guides and advises FBIN in developing existing and new offers and improving services. The board members help to grow and establish the FBIN Network as the leading global network for football organisations.“I am very grateful to be part of this exclusive panel of experts. Based on the latest headlines, my goal will be to work with FBIN to provide many smaller and traditional clubs in Europe with concrete help when it comes to sustainability, digitalisation and monetisation. There is a lot of work ahead of us, but the more clubs, leagues, associations and partners join FBIN, the more and sooner we can help,” says Georg Pangl. Georg Pangl, CEO Pangl Football Group Georg Pangl started his journey in football business at the Austrian Football Association (ÖFB) back in 1986. He then worked at UEFA and later joined the Austrian Bundesliga as CEO. After nearly ten years, he moved on to become the General Secretary of the European Leagues in 2014. Georg Pangl has been CEO of his company Pangl Football Group since January 2020.FBIN Dietenberg 205/4 8563 Ligist office@footballbusinessinside.comFBIN is a platform for the global football business industry with offers for organisations and individuals. FBIN organises events, publishes magazines, reports, podcasts and a weekly football business newsletter. Central is the FBIN Network, which brings together football organisations and FBIN Personal, a network for individuals. Together with its members, FBIN is constantly working on many more services for the football business industry.