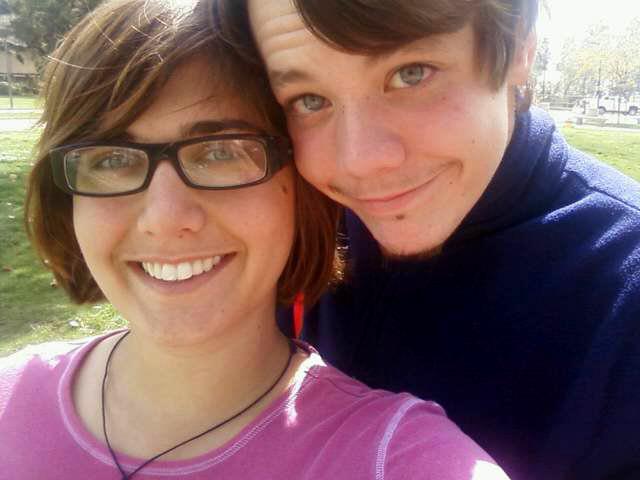 Three years ago Corey and Maryrose Boggs were homeless and living on the streets in San Bernardino County. Omnitrans, the public bus agency, played a key role in their journey to self-sufficiency.Corey was 19 and Maryrose was 18 when they met on the Internet and fell in love. However, there were major complications to overcome. Corey was living in Chicago and had recently lost his job. His plan was to find work and save up money for six months so the two could meet in person and get married. To Maryrose, that felt like an eternity. Unable to wait, she held a garage sale, sold most of her belongings and flew to Chicago to be with Corey.Four days later, they got married at Corey’s uncle’s house church, Potter’s Field Ministries, in Bridgeview, IL. When they flew back to California, they faced less than ideal circumstances as they bounced from place to place, living briefly with relatives, staying at homeless shelters, and working for a short time at a Christian-based farm for room and board. “”We even slept in a bush for a short time,”” laughed Corey. ””You can tell a woman really loves you when she’s willing to live with you in a bush!””With little money and few resources, the two relied heavily on public transit to help them overcome their circumstances. “We used Omnitrans to do everything,” said Maryrose. “We rode the bus to get to the library to do job searches, to the Salvation Army so that we could shower and to the plasma center so we could donate plasma to get money for food and fares. For a while we even rode Omnitrans out to Crafton Hills College and used their library computers to take online college classes.”At one point the couple posted an ad to Craig’s List, asking for a bus pass donation just so they could keep going. A good Samaritan responded, meeting them at an outlet, and buying both of them a 31-Day pass. It was an amazing and unexpected gift for the grateful pair. “The man told us he’d been through hard times himself,” said Corey. “And that he felt it was important that we all look out for one another.”This October, Corey and Maryrose celebrate their third wedding anniversary. The two now live happily in a nice apartment in Illinois where Corey works in sales doing door-to-door marketing. He plans on going back to school and finishing his business degree. He offers two pieces of advice to others who find themselves out on the street.“Don’t be an idiot and decide to do drugs. You need a straight mind to find a job and get out of your situation. There’s so many things you need to think about all the time. For instance you can’t shower just anywhere, and it’s a lot harder to get work if you’re dirty. You have to be able to find the resources you need to get help. Also, take advantage of public transportation in your area. Omnitrans was a huge lifesaver for us and opened the door to more opportunities. If you can, invest in a 31-Day Bus Pass. We did a lot of one day at a time passes, but it is so much cheaper if you can buy the longer passes. You will save a lot of money that way.””“And have faith. Being together was always the most important thing for us,” added Maryrose. “We trusted in God and our love for each other.”Corey agrees. “I can say with 100% certainty that our future is solid. When you’ve gone through living on the street together, you know there is nothing you can’t survive as a couple.”Omnitrans is the public transit agency serving the San Bernardino Valley. Founded in 1976 through a joint powers agreement, Omnitrans carries over 15 million passengers each year throughout its 480-square mile service area.Omnitrans 1700 West 5th Street San Bernardino, CA 92411 http://omnitrans.orgPRESS CONTACT: Wendy Williams, Marketing Director wendy.williams@omnitrans.org (909) 379-7151

07-17-2012 | Logistics & Transport
Omnitrans
Omnitrans Carries over 16 Million Riders - College Students Fuel Increase
San Bernardino, CA –Omnitrans added a million riders in 2011-12 compared to the prior year, surpassing the 16 million mark for the first time since 2004. On an average weekday, the transit agency’s buses carried over 52,000 passengers, a 7.7% increase from fiscal year 2011. “Transit ridership is growing across the country,” said CEO/General Manager Milo Victoria, “but Omnitrans is ahead of the trend. Nationally, ridership was up
06-11-2012 | Associations & Organizations
Omnitrans
Omnitrans participates in Golden Guardian disaster planning exercises for Cajon …
On June 13th, Omnitrans joins representatives from the San Bernardino County Fire Department, the Sheriff’s Department, the California Highway Patrol, Southern California Edison, Southern California Gas Company, Verizon and other area agencies to evaluate and update the Golden Guardian 2012 tabletop exercise in the Cajon Pass. The analysis is part of the annual Golden Guardian Exercise, a statewide disaster preparedness program for first responders from local government. The tabletop exercise focuses