What is Bitcoin? Understanding Bitcoin & Blockchain in 10 Minutes. 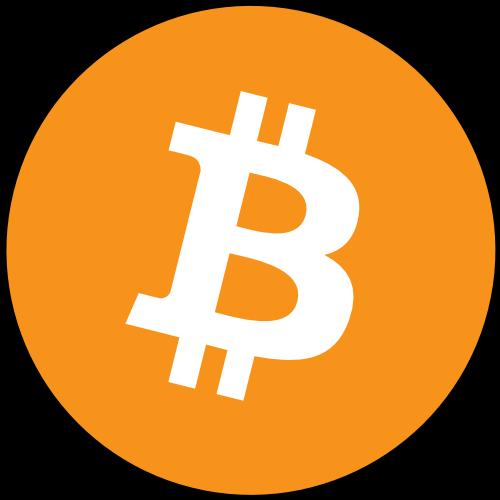 Bitcoin's open-source code (software), launched in 2009 by an anonymous developer, or group of developers, that are known only by the pseudonym Satoshi Nakamoto. This ingenious codebase enabled a completely trust-less network between strangers. And both sender and receiver can remain anonymous, if they so desire.Bitcoin is not printed by a government or issued by a central bank or authority. Bitcoin is created by ingenious open-source code (software) installed on thousands of peer-to-peer computers worldwide. These computers running Bitcoin software solve complex math equations to confirm that every transaction on the network is authentic and original. This happens every 10 minutes and has been happening uninterrupted every 10 minutes since Bitcoin open-source code was published in 2009.I think the simplest way to answer the question, What is Bitcoin?, is that Bitcoin is digital currency. Instead of paper, coins or plastic "money" in your wallet - Bitcoin is sent and received over the internet using your smartphone (or computer). Bitcoin can be sent and received by anyone worldwide with access to an internet connection.Bitcoin (digital currency) is essentially money of the internet. Accessible by anyone, anywhere in the world, using a smartphone or computer with Bitcoin software installed and a connection to the internet.The Bitcoin network is completely decentralized. Thousands of computers around the world running specialized software confirm that every transaction sent on the Bitcoin network is authentic and hasn't already been sent/spent before. Once confirmed as being authentic, this transaction (block) is added to the blockchain. Bitcoin transactions cannot be reversed. Once sent and confirmed as being authentic, it's recorded in the blockchain. There is no "charge-back" capability with a Bitcoin transaction.To sum it up, Bitcoin is not oil-money or military-superpower money. Bitcoin is MATH money. A cleaner, more honest version of money. Money created of the people, by the people, for the people. Bitcoin enables anyone to self-bank. Simply by using the smartphone already in your pocket (or hand). It levels the playing field. Bitcoin gives everyone with access to the internet, the ability to participate in the Bitcoin revolution. You should join us.The blockchain is what makes Bitcoin so special. And truly the next-generation of currency. The blockchain is a digital transaction ledger which is viewable and searchable by anyone. It records every transaction ever sent and confirmed on the Bitcoin network. And allows anyone to verify the details of every transaction. You can review the details of any Bitcoin transaction using a block explorer by simply entering either the block number, sender's address, receiver's address or the hash/txid number.With the blockchain, you never have to question whether a payment was sent or received. You simply check the block explorer which acts as a permanent record of every transaction confirmed by the Bitcoin network. You don't ever need to take my word for it and I never need to take yours. The blockchain provides the proof. For anyone, at any time to verify if a transaction took place. And every possible detail imaginable about that transaction. Everything except for the identity of the parties involved.Bitcoin is purchased and sold using a cryptocurrency exchange. Very similar to an online stock brokerage, except instead of stocks - you guessed it, they enable the buying and selling of Bitcoin and other cryptocurrencies (altcoins). Coinbase is the largest and most popular Bitcoin exchange in the United States. It has a stellar reputation for being user-friendly and very secure. However, the fees are on the high side. Binance US is another very popular crypto exchange and offers buying and selling of a large variety of "altcoins", in addition to Bitcoin. And their fees are lower than most other competitors. Binance is the largest and most popular cryptocurrency exchange in the world.Once you purchase your Bitcoin, send it to your personal Bitcoin wallet. And don't lose your password! Anyone given access to both your "seed phrase" (private keys) and your password can steal your Bitcoin by re-populating YOUR wallet on their device. Just like you are able to do if the device you store your Bitcoin wallet on is ever lost or stolen.So be careful. There's likely few worse feelings in the world than realizing you've become a Bitcoin millionaire, but can't access your Bitcoin because you forgot your password. It's happened countless times to people throughout Bitcoin's 10+ year history. You don't want to be another sad headline in the news.Bitcoin is stored in your Bitcoin wallet. A wallet is ultra-encrypted software that keeps your Bitcoin safe. And yours. There are 2 major types of Bitcoin wallets; a hot wallet which is a software application installed on either your computer or smartphone and a cold storage wallet that is it's own hardware device which operates on it's own proprietary software and is not continuously connected to the internet.Most Bitcoin wallets are hot wallets or software applications that securely store your Bitcoin and are installed on devices connected to the internet which gives you easy and instant access to accept and send Bitcoin anytime. All of the top Bitcoin hot wallets are free to download and available either from an official website (PC and mac), Google Play (Android) or App Store (iOS).The term "altcoins" is short for alternative coins.Every time the original Bitcoin code has been modified it is called a "fork". A new, original blockchain (hardfork) resulting from the modified Bitcoin code is then installed onto various computers (nodes) worldwide. This new blockchain (altcoin) is given a different name and symbol by their developer(s) to differentiate this new code (altcoin) from the original Bitcoin code. An altcoin of value will make an improvement(s) to usability of its predecessor's; ie. faster confirmation time, lower network fees, more energy-efficient mining, privacy features, etc.Bitcoin donations are greatly appreciated! BTC: bc1qg5rx258lcupr2vczsfvd36ljtrdpwqr28k7tcfCharlie Kartchner, Crypto Advocate 167 Mott Street New York, NY 10005 (718) 490-7554In the length of time it took you to read this article, another group of transactions have been confirmed on the Bitcoin blockchain. Every 10 minutes, for the past 11+ years. For additional information about Bitcoin and blockchain, please visit https://what-is-bitcoin.net

You can edit or delete your press release What is Bitcoin? Understanding Bitcoin & Blockchain in 10 Minutes. here

01-04-2021 | Business, Economy, Finances, B …
Bitcoin Association
Bitcoin Association launches online education platform Bitcoin SV Academy
Bitcoin Association, the Switzerland-based global industry organisation that works to advance business with the Bitcoin SV blockchain, today announces the official launch of Bitcoin SV Academy – a dedicated online education platform for Bitcoin, offering academia-quality, university-style courses and learning materials. Developed by Bitcoin Association, Bitcoin SV Academy has been created to make learning about Bitcoin – the way creator Satoshi Nakamoto designed it - accessible, accurate and understandable. Courses are
10-31-2020 | Business, Economy, Finances, B …
newyorkcoin.net
NewYorkCoin.net - History of NYC Coin, Bitcoin Alternative
New York Coin (NYC) had a very similar beginning to Bitcoin in that the original developer of NewYorkCoin Original GitHub Repository literally disappeared at launch. NYC Coin is the only other cryptocurrency besides Bitcoin that has an unknown developer that disappeared at launch, whose identity remains unknown to date and has never been heard from since launching coin. The original nycoin code is open-source and viewable to the public at
05-27-2020 | IT, New Media & Software
Stackpointer Solutions LLC
Play Chess with Bitcoin lightning !
Stackpointer Solutions, a privacy oriented software company is now going in to the crypto currency blockchain industry. Bringing together Chess.com with it's 46 million chess loving users and Bitcoin's fast lightning network to allow users to bet satoshi's against eachothers. Bitcoin lightning is a fast low transaction cost extension of the Bitcoin network allowing very cheap and fast transactions which makes it perfect for Betting! Stackpointer Solutions aims that QuickCoinBet.Com should be the site which opens it's users doors
12-03-2018 | Business, Economy, Finances, B …
Coin2Shop
Bitcoin going down, purchases for Bitcoin - grows
Coin2Shop analysts have published data about the number of buyers who use BTC and ETH to pay for goods in online shops has increased. And if in August the number of users of the company's plug-in did not exceed 400 accounts, and the number of purchases for cryptocurrency was almost half less - 231 transactions from August 10 to September 10, then for the same dates from October to November
05-29-2018 | IT, New Media & Software
Smarter Business
Bitcoin Electricity Consumption – Part 2
The debate rages on as bitcoin electricity consumption increases… Earlier this year, we published an article on bitcoin electricity consumption, reporting how Iceland has become one of the top locations for cryptocurrency servers, which now exceed the consumption of private energy users. Now, the criticism amongst ecological circles and the debates around bitcoin electricity consumption have been fuelled by a paper by Alex de Vries of PwC’s Experience Center in Amsterdam. His
02-03-2018 | Advertising, Media Consulting, …
Research N Reports
Global Bitcoin Technology Market (Micro Bitcoin, Milli Bitcoin, and Bitcoin) is …
Global Bitcoin Technology Market is estimated to grow at a CAGR of 7.26% over the period 2017 - 2022. Bitcoins exist either on a users computer or in the cloud and are stored in a digital wallet. The wallet is similar as virtual bank account, which allow users to pay for goods, send or receive bitcoins, or save their money.historical events, and the current market picture. Moreover, the report also
Comments about openPR
We publish our press releases on openPR.de because we like people who are "open" - just like us.
Frank Obels, CEO, INCONET - Informationssysteme, Communication und Netzwerkberatung GmbH