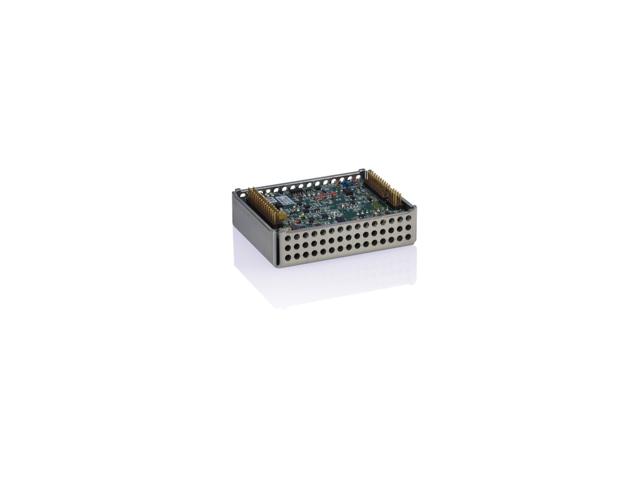 E-870.10: Single-channel driver for PIShift piezo inertia drives (to be plugged in or soldered)

With the E-870 series for the piezo-based PIShift inertia drives, PI (Physik Instrumente) offers a series of drive electronics at various integration levels. Whether as OEM board, as a variant for 4-channel serial control, or as bench-top device in a case: The E-870 combines low costs with an extraordinary ease of operation. The driver can be configured and operated via a USB interface. Software drivers for Windows and LabVIEW facilitate the integration in system environments.The device can also be configured and operated using hardware settings. Various operating modes allow the flexible use of the drive electronics, e.g., by means of an analog input for velocity control or TTL inputs for triggered operation. Digital outputs can be used to monitor the operating status or the temperature. PI offers the drive electronics also on a separate carrier board with easily accessible electrical contacts using sockets and terminal strips. Two push buttons on the board for forward and backward motion allow a quick start-up of the driver. With the current version, serial operation of up to 4 channels is possible through demultiplexing.In the future, PI will also offer a driver in a desktop case as well as a motion controller for position-controlled operation of the PIShift drives. The PIShift uses the stick-slip effect with a holding force of 10 N and a typical feed of approximately 300 nanometers per motion cycle in full step mode. With an operating frequency above 20 kHz, PIShift drives reach velocities of more than 5 mm/s. At this frequency the operation of the drive is inaudible to the human ear.Well-known for the high quality of its products, PI has been one of the leading players in the global market for precision positioning technology for many years. PI has been developing and manufacturing standard and OEM products with piezo or motor drives for 40 years now. With four German factories and ten subsidiaries and sales offices abroad, the PI group is represented internationally.Kathrin Mössinger Marketing Coordinator Marketing & Products Physik Instrumente (PI) GmbH & Co. KG Auf der Roemerstrasse 1 76228 Karlsruhe Germany www.pi.ws Phone +49 721 / 48 46 – 1810 Fax +49 721 48 46 – 1019 k.moessinger@pi.ws